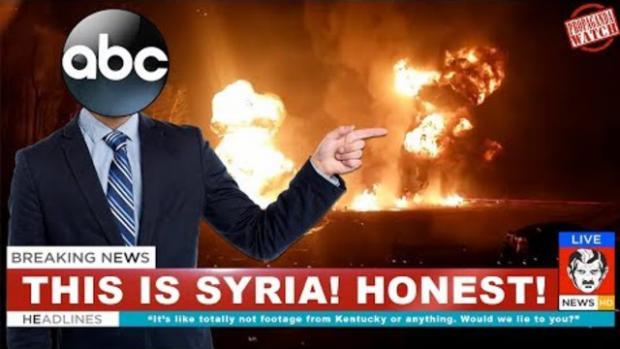 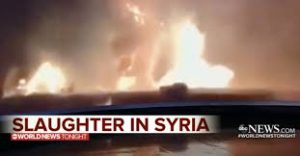 ABC news is trying to pass gun range videos as combat footage from Syria  The footage being shown is the night shoot from Knob Creek, however, without the exact copy of the video, I’ve been forced to seek help to others. Since without the exact copy people simply don’t believe it, it’s not evidence enough. I got downvoted in worldnews and asked what my agenda was lol This is not a pro/anti-anybody post, if anything it should be in the interest of any anti-Erdogan users to help me and shame this pathetic use of fake news which damages the credibility of western news media. EDIT: Not the same video but similar angle, you can see they doctored the video by flushing out the phone screens, in ABCs video there’s a phone screen in the bottom that depics one of the explosions https://www.youtube.com/watch?v=lDmUZ8LM1Jk

Fake News Becomes the Norm: ABC Runs Footage of Kentucky Gun Range Claiming It Shows Syria ‘Slaughter’ On Sunday, as the mainstream media broadcast universal outrage at Trump’s decision to pull out of northeast Syria, ABC News showed dramatic footage showing “the fury of the Turkish attack on the border town of Tal Abyad two nights ago.” The pictures show massive explosions lighting up the night sky. One problem: the footage was actually a 2017 YouTube video of a Kentucky military show. On Monday, the website Gizmodo revealed the true origin of the footage. ABC quickly issued a correction on Twitter, but not on the air. Most of the reporting on this “error” treated it as a simple mistake. The reality is that, at best, this demonstrates a complete lack of fact-checking and at worst, a complete disregard for facts and truth by the deliberate use of “file footage” to illustrate a news story. This sort of “news” has become so ubiquitous that hardly anyone is surprised and the most of the media applaud ABC’s “correction.” Gizmodo explains: “To be clear, there’s no question that Turkish forces are currently slaughtering the Kurds, as countless journalists and civilians on the ground can attest.” 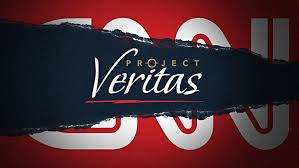 The rise and fall of CNN, the most busted name in news As new revelations about CNN emerge from Project Veritas (see also ExposeCNN.com for updates), here is a backgrounder I wrote and published several years ago. It brings back fond memories, and offers the beleaguered children at CNN solutions to their never-ending problems… “CNN is still licking their wounds after a rather disastrous couple of weeks, where a shoddy Russia-Trump story led to three staffers resigning, a Project Veritas investigation exposed that the network’s producers peddled the Russia story for ratings, and what came off as a wholly inappropriate veiled threat against an anonymous Reddit user who created a Trump WWE video, which the president tweeted before the Fourth of July Holiday. The video shows Trump beating up WWE’s Vince McMahon, whose face has been superimposed with the CNN logo. The media went apoplectic as an attack against the press; it wasn’t. This spurred the network’s reporters to find the user and pretty much threaten to dox him if he continues to post things CNN doesn’t like.” (Townhall, Matt Vespa, 7/7/17) 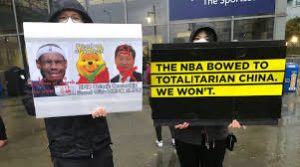 China, the NBA, and the massive face of Globalism Let’s get one thing straight. The Chinese people, whether they appear happy or sad, support their government because they’re controlled. After generations of being beaten down, the population bows the head and bends the knee to slave masters. Call that freedom if you want to. And if you really believe the situation in America is no better than the system in China, even with the amount of censorship alive and well in America, even with the rigging of this economy, try an experiment. Move to China and start publishing articles relentlessly critical of the government there. See what happens. Be sure to leave a copy of your last Will and Testament at home. When the NBA commissioner and several players talk about loving their Chinese fans, they’re referring to victims of long-term terrorism. And if you press the NBA people on that point, they say, “We just want to play basketball, we just want the games.” 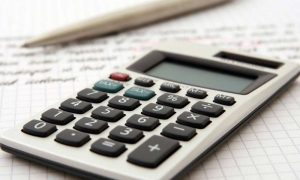 World Bank pandemic financing scheme serves private sector interests over global health security, analysis suggests The World Bank’s Pandemic Emergency Financing Facility (PEF) – set up to ensure swift funding to countries and agencies responding to pandemic outbreaks of disease—does not deliver on this promise, new research from the London School of Economics and Political Science (LSE) has shown. The report, Pandemic Emergency Financing Facility: struggling to deliver on its innovative promise, was published in the British Medical Journal (BMJ) this month. It reveals that PEF, which was established in 2016 to create an innovative market for pandemic risk insurance drawing on funds from the private sector in return for lucrative interest rates, hasn’t actually released any funds through its insurance scheme. PEF was set up after the Ebola outbreak in West Africa in 2014-16 exposed the gap between countries’ commitments to dealing with outbreaks and their actual ability to respond, partially due to lack of financing. 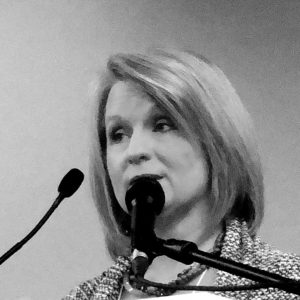 Kristen Chevrier wrote her thesis and received her Master’s degree in English, from Brigham Young University, while expecting her third child. Kristen has taught writing, literature, history, and theater, professionally, while also homeschooling her five children. Kristen has been a family and parental rights activist for over 20 years, and has served in Utah Republican Party leadership for more than 10 of those years–both of those because she is passionate about educating and empowering the electorate. Four years ago, Kristen began her ongoing research into vaccines, the immune system, and vaccine policy. What she’s learned has lit her soul on fire. She is now deeply involved in vaccine injury and natural immunity education, and health freedom advocacy. Kristen advocates in Washington D.C., in the Utah State Legislature, and works with vaccine freedom advocacy groups across the nation. She is Founder and Director of Vaccine Freedom Utah and co-founder of Your Health Freedom. Both groups can be found on Facebook and at their respective websites: vaccinefreedomutah.com and yourhealthfreedom.org

Network and socialize with others who are passionate about health freedom. Learn what you need to know to protect your freedom to choose and learn how to safe-guard your health.

Where? South Jordan, Utah, at the American Heritage of South Jordan campus.
When? Friday, November 1, and Saturday, November 2.
Times? Registration begins at 8:00 AM, each day. We will adjourn at 5 PM on Friday and 6 PM on Saturday.
Tickets? Are available at the top of this page. Early bird prices are in effect through October 15: Main Event, $39/Spanish event* $25. After October 15: Main event tickets will be $45; Spanish event* tickets will be $30.
Who is invited? All adults and breastfeeding infants are welcome to attend.
Lunch? Lunch is available for PRE-purchase. Registration for lunch will close on Wednesday, October 30th. Please pay through Venmo (@yourhealthfreedom); $10 per person, per lunch. Friday’s lunch will be Chipotle; Saturday’s lunch will be healthy, non-GMO. This is a great opportunity to for you network , make friends, and visit with vendors. Otherwise, lunch may be brought in or purchased at any of several local restaurants.
Vendors are welcomed! Please contact: kristen@yourhealthfreedom.org; subject line: “Vendor”
*The Spanish-speaking event will take place Saturday only. Dr. José Javier Fernández Hernandez will present, in Spanish. Other speakers’ presentations will be translated from English to Spanish. Please invite your Spanish-speaking friends! 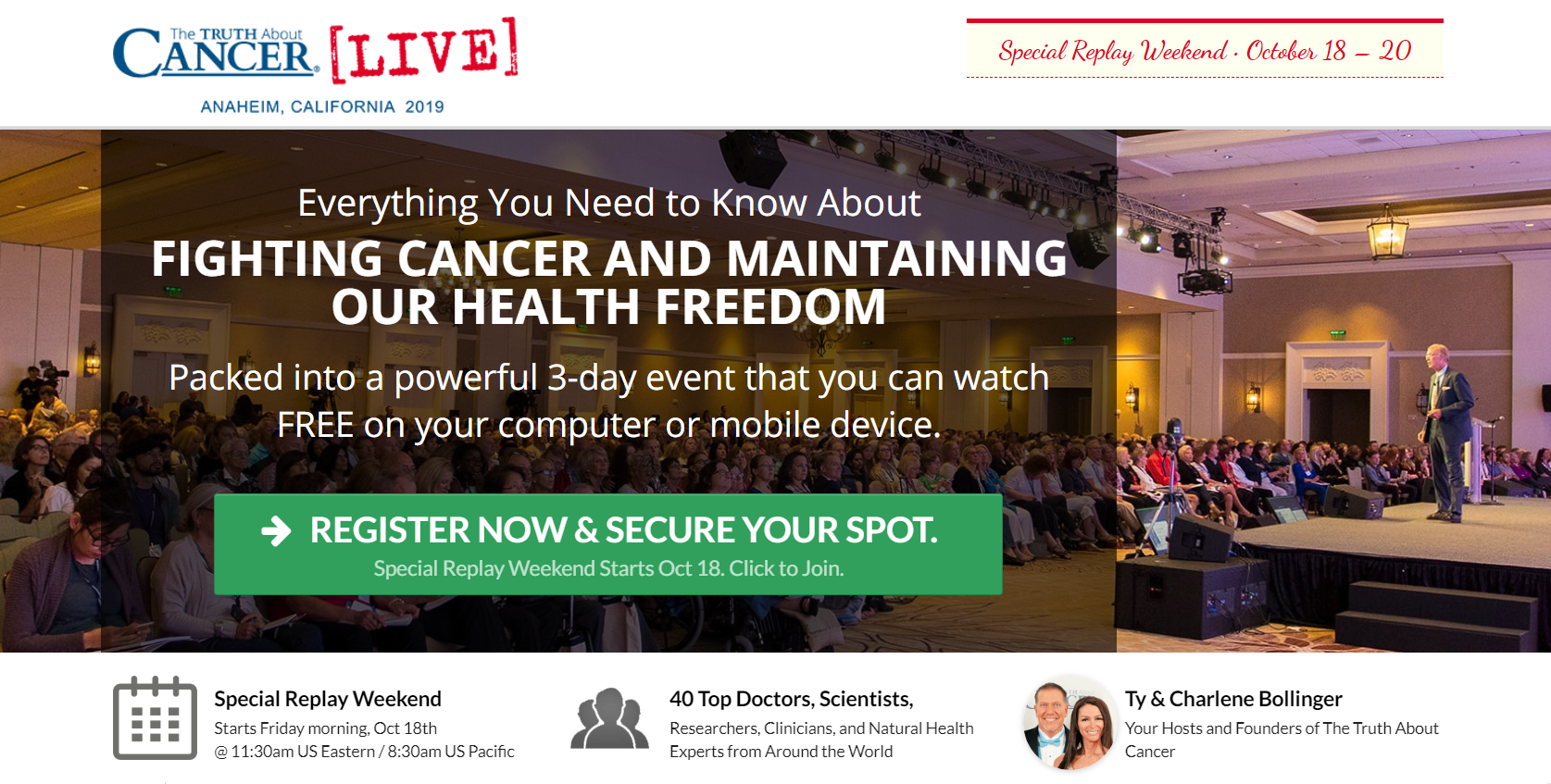