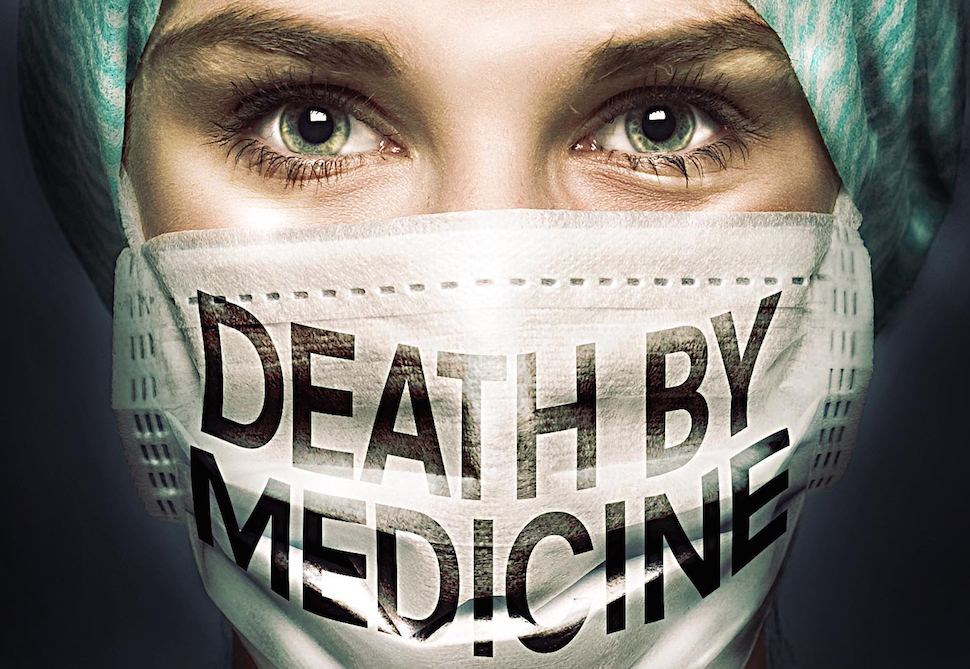 I continue to expose the medical holocaust. I continue to present the conclusions of mainstream researchers and analysts, to prove the point.

It’s more effective to show that these researchers are not in the so-called fringe.

The statistics I’m quoting today reveal a problem on the level of a tsunami sweeping across the whole of America and Europe—while somehow, people carry on with their lives as if nothing is happening.

But the truth is, huge numbers of people do know what is happening, and they have their own personal horror stories—but those stories are not seeing the light of day.

Owing to the captive status of the mainstream press (beholden to the pharmaceutical juggernaut for advertising dollars), the tsunami is not receiving extensive coverage.

To make things worse, the political Left views modern medicine as unassailable science—they love all official science, no matter how deep the fraud goes. And they adore the “humanitarian ideal” of helping others. What could support that ideal more beautifully than the vague sentiment, “medical care for all”? No need to dig below the surface. No need to examine details. No need to look at facts. Just stay with the syrupy “share and care.”

The political Right views the medical cartel as “successful business,” and no one has a right to tamper with economic success. If a business is winning, it’s good and right and true.

All right. Let’s go to the numbers.

I’ll give you the horrific quotes now and discuss the source afterwards:

“They [the drugs] cause an epidemic of about [6.6 million per year] hospitalizations, as well as falls, road accidents, and about 80 million [per year] medically minor problems such as pains, discomforts, and dysfunctions that hobble productivity or the ability to care for others.”

In other words, the 330,000 deaths per year, the 6.6 million hospitalizations per year, and the 80 million “medically minor” problems per year…all of this stems from CORRECTLY PRESCRIBED medicines.

The quotes come from the ASA [American Sociological Association] publication called Footnotes, in its November 2014 issue. The article is “The Epidemic of Sickness and Death from Prescription Drugs.” The author of the article is Donald W Light.

Donald W Light is a professor of medical and economic sociology. He is a founding fellow of the Center for Bioethics at the University of Pennsylvania. In 2013, he was a fellow at the Edmond J. Safra Center for Ethics at Harvard. He is a Lokey Visiting Professor at Stanford University.

Again, it’s been my policy to quote medical analysts who have mainstream credentials, when it comes to adding up the results of medical destruction.

I do this to show that, in refusing to fix the holocaust, the federal government, medical schools, pharmaceutical companies, medical journals, hospitals, and doctors can’t claim a) their critics and detractors are “fringe researchers” or b) there really isn’t a problem.

Believe me, the officials who should have been fixing the enormous tragedy for at least the past 15 years are intent on hiding it.

When you stop and think about the meaning of these numbers, one of the things you realize is: this massive destruction of life envelops whole countries.

It not only maims and kills, it brings emotional turmoil and loss to the families, friends, co-workers, and colleagues of those who are killed and maimed: the 330,000 who are killed and the 6.6 million who are hospitalized and the 80 million whose productivity is hobbled or whose ability to care for others is significantly diminished.

If you consciously set out to bring a nation to its knees, to kill it, to disable it, to make it unable to function at any reasonable level, you would be hard pressed to find a more effective long-term method than exposing the population to the US/European medical-drug cartel.

Donald Light is the editor of a book that ought to be studied at every college and medical school in the world: The Risks of Prescription Drugs (Columbia University Press). The basic research that led to his conclusions, cited above, come from that book. His website is PharmaMyths.net.

If you approached mainstream news outlets, mainstream and independent blogs and websites, and told them, “I have the cause of 330,000 deaths, 6.6 million hospitalizations, and 80 million minor but troubling and disruptive problems per year, in the US and Europe, they might, if they believed you, become interested—but how many of these news operations would publish the numbers, once they realized you were talking about correctly prescribed medical drugs as the sole cause?

How many of these news operations would back away, turn a blind eye, change the subject, and move on to other stories?