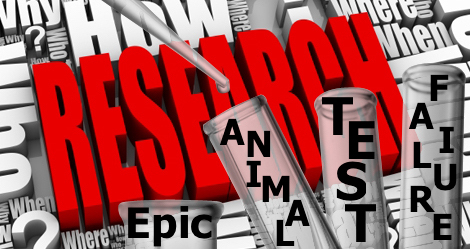 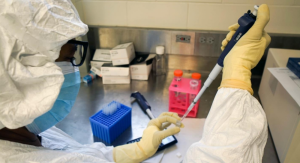 —Don’t expect major media to cover this story with any fervor. Don’t expect mainstream reporters to dig down below the surface of the story. If they did, a huge pillar of the medical cartel would crack and collapse—

In the 1990s, I met several researchers who opened my eyes to the fallacies involved in animal research.

This wasn’t only about the intense cruelty against lab animals. It was about fake science. It was about wrongly assuming studies on animals could be translated to humans.

Now, the edges of a scandal are coming to light.

From medpagetoday.com: “An investigative report, published late Wednesday in The BMJ, raises new concerns about the overall quality of animal research and the misrepresentation of findings from animal studies.”

“The investigation focused on animal studies which led to the 2009 phase IIB clinical trial of the tuberculosis vaccine booster MVA85A.”

“Nearly 2,800 infants in South Africa got the booster, which failed to increase the effectiveness of the conventional anti-TB Bacille Calmette-Guerin (BCG) vaccine.”

“Tuberculosis experts told The BMJ’s Deborah Cohen that the researchers who conducted the infant trial, from Oxford University, cherry-picked results from their MVA85A animal studies to gain approvals and funding, and downplayed negative results from a small trial in rhesus macaque monkeys which suggested that the booster actually reduced the effectiveness of the BCG vaccine.”

“A 2015 independent systematic review of eight MVA85A animal studies published from 2003 to 2010 concluded that the data did not provide evidence to support MVA85A’s efficacy as a BCG booster.”

“Paul Garner of the Liverpool School of Tropical Medicine, who was a co-author of the systematic review, told Cohen that the macaque study gave a strong signal that the MVA85A vaccine was hastening development of TB in the animals.”

Here’s the capper: “In an editorial published with the BMJ report, Merel Ritskes-Hoitinga, PhD, of Radboud University Medical Center, The Netherlands, noted that the translational success rate from animal to human studies has been shown to be low, with the non-reproducibility of preclinical studies ranging from 51% to 89% in one review.”

Animal studies don’t translate to the same results in humans, 51% to 89% of the time.

Of course, conventional researchers attribute this massive failure to “poor design” of animal studies, rather than the obvious differences between animals and humans.

Admitting the latter reason would send a missile into the multi-billion-dollar research industry.

Here is another review, from the medical journal Nature (2013): “A statistical analysis of more than 4,000 data sets from animal studies of neurological diseases has found that almost 40% of studies reported statistically significant results — nearly twice as many as would be expected on the basis of the number of animal subjects. The results suggest that the published work — some of which was used to justify human clinical trials — is biased towards reporting positive results.”

“This bias could partly explain why a therapy that does well in preclinical [animal] studies so rarely predicts success in human patients, says John Ioannidis, a physician who studies research methodology at Stanford University in California…’The results are too good to be true,’ he says.”

Keep in mind that every new drug a pharmaceutical company hopes to market is first tested on animals. If it fails there, the research dead ends. So every effort is made to achieve success with animals.

Two consequences follow: animal studies are faked; and the general lack of transferability of animal research to humans is ignored.

Research on animals isn’t limited to drugs and vaccines. It also includes attempts to discover causes of disease. For example, at the US National Institutes of Health, several decades ago, a major project was launched to prove that a class of viruses called retroviruses caused cancer. It was an abject failure. In the (grotesque) process, lab animals were first tuned up by injecting them with a variety of toxic chemicals and germs from other species, in order to weaken their immune systems—thus making them more vulnerable to injections of retroviruses. And even then, researchers had to skew the results to show a vague possible connection to cancer; a connection that, under rigorous observation, didn’t exist at all.

The medical cartel at work.