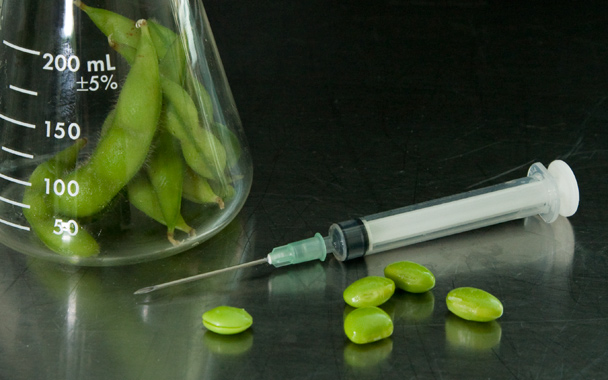 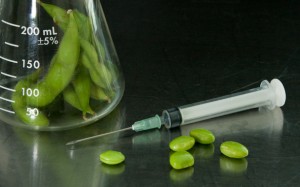 The approved crop is a soybean engineered to be especially high in oleic acid, a monounsaturated fat. The high-oleic soy had been pending deregulation since 2006, and is now cleared for commercial use. The company still intends to carry out further commercial testing before introducing the crop to the global market in 2012.

Also pending approval are two new GM soy varieties engineered by Monsanto, one to produce higher levels of omega-3 fatty acids and one to produce oils with a longer shelf life. These latter oils are intended as a low-cost replacement for hydrogenated oils (trans fats), which are being widely phased out due to their proven contribution to heart disease and death.

The U.S. food industry currently purchases six billion pounds of soy oil each year, nearly all of it hydrogenated. Monsanto is hoping that the new GM variety will be appealing to farmers hoping to stem widespread profit loss due to the move away from trans fats.

With 90 percent of the U.S. soybean crop already coming from GM seeds, the approval of the new varieties is likely to touch off a major turf war between DuPont and Monsanto, with both companies trying to grab as large a share as possible of the lucrative market.

The new soy crops stand to become the first commercialized biotech crops engineered for a quality other than pest or herbicide resistance. They were all engineered by silencing the activity of genes in their fatty acid pathways, in contrast to the more widespread method of inserting new DNA from bacterial genes.

The approval of a GM crop engineered for nutritional purposes is expected to usher in a new wave of such products. Whether U.S. consumers are comfortable enough with biotechnology to willingly purchase such products remains to be seen.