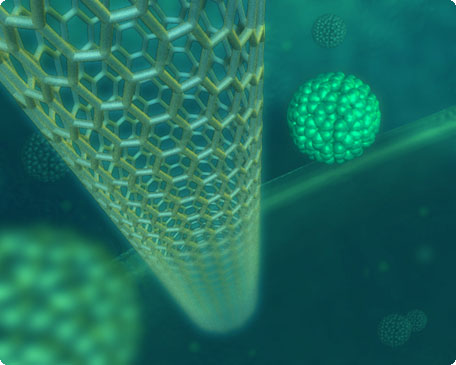 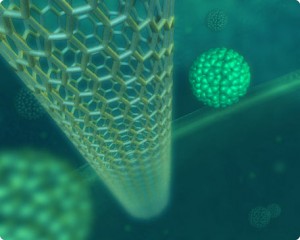 The emerging field of nanotechnology is currently gaining a lot of attention across many industries. Nanotechnology allows scientists to manipulate individual atoms and molecules to create unique materials and even micro-scale devices, and this is leading to a wide range of applications in clothing, textiles, electronics and even food and medicine.

Sounds great, right? Except for the fact that, like genetic modification of food crops, nanotechnology tampers with Mother Nature in a way that’s largely untested for safety. And here’s something really bizarre: The pharmaceutical industry may soon begin using nanotechnology to encode drug tablets and capsules with brand and tracking data that you swallow as part of the pill.

To really explain how this works, let me simplify how nanotechnology works so you’ll see why this is so bizarre (and potentially dangerous). Instead of using materials and elements as they’re found in nature to build and construct things, nanotechnologists are deconstructing the basic building blocks of these materials and elements to make completely new ones. In other words, nanoscientists are reconstructing the molecular building blocks of our world without yet knowing what it will do to humans and to the environment.

The long-term consequences of nanotechnology are still largely unknown because not a single formidable study has ever been conducted on this emerging science that proves it to be safe. In fact, most of the studies that have been conducted on nanotechnology show that it’s actually detrimental to health and to the environment (which I’ll cover further, below).

But that hasn’t stopped Big Pharma from potentially adopting it for use in a new tracking and identification system that could be integrated into the very drug pills and capsules that millions of people swallow every day.

By the way, I’ve also posted a video explaining all this. Check it out here: http://naturalnews.tv/v.asp?v=93626…

Nano-encrypted barcode in every dose

Now don’t get me wrong. Big Pharma isn’t the only industry using nanotechnology despite a complete lack of safety evidence. “Nanoparticles” are present in sunscreens, fabric protectors, plastic food liners, and other products. But what’s different about the nanoparticles soon to be found in a pill near you is that they are capable of storing data about where the drug was made, when it was made, and where it has traveled.

It’s a lot like the barcodes used on parcels to track them along their shipping journeys, except that in the drugs, it’s a molecular barcode that people will be swallowing. During digestion of the pill, the nano data bits will be distributed throughout your body and can become lodged in your body’s tissues.

NanoGuardian, the company that’s introducing this system for pharmaceuticals, says it this way on its website:

“In the NanoEncryption process, NanoCodes are incorporated directly onto tablets, capsules and vial caps. These codes may be associated with an unlimited amount of manufacturer-determined data, including product information (strength and expiration date), manufacturing information (location date, batch and lot number) and distribution information (country, distributor, wholesaler and chain).”

So if you take these drugs, you’ll be swallowing nano “hard drives” that can store data — data that will be distributed throughout your body and can be read by medical technicians who could then track what drugs you took in the past. And what’s the rationale for this? According to the company, it’s to “defen[d] against pharmaceutical counterfeiting and illegal diversion”.

It sounds like a good idea, right? Unfortunately, there’s a whole lot more to this technology than meets the eye.

The dangers of nanotechnology

Though you’ll rarely hear about it in the mainstream media, little is known about what nanoparticles really do to people’s bodies and to the environment in the long term. Studies continue to show that nanoparticles tend to easily build up in the body where they can potentially cause damage. They also behave differently than the materials from which they are derived and constructed, posing unknown hazards.

Researchers from the University of Rochester discovered back in 2006 that nanoparticles are easily absorbed throughout the body via inhalation. According to the report, nanoparticles travel from the nasal cavity directly to brain tissue where they deposit themselves and cause brain inflammation. In other words, nanoparticles very easily cross the blood-brain barrier, which is the mechanism by which the brain normally protects itself from foreign materials.

The same study, which is part of a five-year, $5.5 million investigation into the safety of nanoparticles, also determined that this artificial micro-matter makes its way to the lungs when inhaled.

Nanoparticles are different from their parent particles

Nanoparticle use is on the rise based on the flawed assumption that if the elements and compounds from which they are derived are considered safe, then the nanoparticles themselves must also be safe. But research reveals that this simply isn’t the case.

A study from 2004 found that low levels of fullerenes, a type of carbon nanoparticle used in electronics and other materials, changed the entire physiology of fish that were exposed to it. Exposure to just 0.5 parts per million (ppm) over the course of two days literally caused significant brain damage in these fish.

“Given the rapid onset of brain damage, it is important to further test and assess the risks and benefits of this new technology (nanotechnology) before use becomes even more widespread,” emphasized Dr. Eva Oberdorster, author of the study, back in 2004.

Again in 2007, scientists from the University of California, San Diego, discovered that iron nanoparticles are toxic to nerve cells and nerve function. Even though iron is a necessary mineral that benefits the body in its natural form, its nanoparticle is quite dangerous, it turns out.

According to Sungho Jin, senior author of the study which was published in the journal Biomaterials, nanoparticles in general “may not be as safe as we had once thought.”

But none of the nation’s regulatory bodies seem to be paying any attention to these studies, or to the many others I didn’t mention that also highlight the toxicity of nanoparticles. Instead, they’ve allowed nanoparticles to invade our society without so much as a single piece of credible evidence showing that they’re safe.

Based on all the research, we know that nanoparticles cross through the skin, lungs, and blood-brain barrier, where they lodge themselves in body tissues. We also know that their compositional differences cause them to be highly reactive with other chemicals, particularly in the body where they create damaging free radicals. But there’s more to this story… it gets even worse.

Nanoparticles are safe in food?

It’s amazing to me that altered molecules with no scientific backing of safety are now being deliberately allowed in the food supply. It would seem unacceptable to allow their use in food manufacturing equipment because of the potential for residue contamination, but that’s exactly where they are being used right now.

According to a DiscoveryNews report from 2009, nanoparticles are everywhere in the food supply. Externally, they’re used in the packaging, containers, films, and other storage materials to kill bacteria and increase shelf life. Internally, they’re used to enhance or alter the flavors and textures of food.

Nanoparticles are even being used in some vitamins, supplements and other “nutraceuticals” to allegedly improve nutrient assimilation and delivery.

The report actually encourages the use of nanotechnology in food, citing all the potential benefits (but remaining silent on all the dangers). One section even hawks nanotechnology as a “green” technology.

But the real truth is that using nanoparticles in food is a grant experiment with an unknown outcome. When it comes to nanotechnology in food, there’s a lot of speculation and pseudo-science being peddled as scientific fact, but there’s truly no scientific backing to support the safe use of man-made nanoparticles in things we consume.

Do the people actually benefit from nanotechnology?

It’s quite common for big industry to persuade the public into accepting new technologies based on promises that they will make their lives better and safer. And that’s exactly what’s happening with nanotechnology: We’re all being sold a bill of goods on something that’s entirely unproven.

And getting back to the issue of embedding nanoparticles in drugs, the whole argument for why this is necessary stems from the notion that there’s a lot of drug fraud occurring, and that it could be stopped if only drugs contained proprietary nanocode data that could be read from your body tissues. But does this benefit the consumer in any way? Who really stands to benefit from this?

Most NaturalNews readers already know this, but when a pharmaceutical company creates a new drug, it patents it so that no other company can sell it until the patent expires. After acquiring FDA approval for the drug, the company then sells it for thousands of times more than what it costs to produce it. This is the FDA-enforced monopoly known as the modern pharmaceutical industry.

How does this tie into NanoGuardian? Since drugs are exclusively owned and protected by 20-year patents here in the U.S., which allows drug companies to charge whatever they want for them with no competition, Big Pharma stands to benefit tremendously from a technology that ensures no one else can “counterfeit” its patented drugs.

Because right now, all those counterfeit imitations (which are actually the same chemicals without the brand name) are sold for far less than the brand name drugs, and some people are buying them because they can’t afford the real thing. By integrating nanotechnology into each and every drug pill, it will be easier for Big Pharma to verify and control the drugs people are taking.

By swallowing these NanoGuardian pills, you are essentially turning your body into a walking Big Pharma hard drive that’s storing all kinds of data on your particular drug habits. This data could be read by law enforcement or even used against you in a court of law. It’s sort of like swallowing RFID technology that tracks your medication use.

Take your approved meds, or else

A few years ago, a friend of mine showed me a clever device that uses a laser to detect antioxidant levels in the body. It basically takes a reading based on the molecular signature of antioxidants in your skin. It uses a blue laser to produce a number revealing your antioxidant level. (Mine was very high, something like 90,000 on this machine.)

Theoretically, a similar detection device could be used to scan patients for nano particles to see whether or not they’ve taken their meds for the day, for the week, or even for the year. You could be scanned by a laser that you don’t even see, and the government or anyone else could “read” your entire history of medication use. This information could be used against you in many ways: