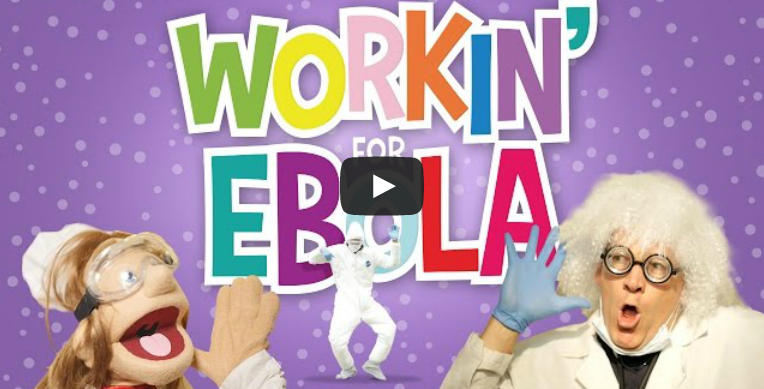 News outlets are reporting a new Ebola outbreak in Africa. Here is a quick summary of the basic mainstream story—

The Huffington Post cites a World Health Organization (WHO) statement: four people are believed to have died from Ebola in the Congo.

There are 37 more “suspected cases.”

Discussions are underway about using an “experimental vaccine” in the Congo.

WHO has declared the Ebola outbreak an epidemic.

There is an effort to find 400 people believed to have come into contact with the “suspected cases.” Residents in the affected area of the Congo, the remote Bas-Uele province, are fleeing in fear.

That’s it so far.

I’ve been around the block on the Ebola story a dozen times. Here are the issues the press isn’t reporting—

There is one predictable outcome: at Congo clinics and hospitals, frightened people who arrive with what are labeled “early signs” of Ebola will be labeled as probable cases. What are those symptoms? Fever, chill, sore throat, cough, headache, joint pain. Sound familiar? Normally, this would just be called the flu.

Here’s another point you won’t see discussed on the mainstream news: the reliability of tests used to diagnose Ebola.

Antibody tests will register positive for disease because they ping on factors that have nothing to do with the disease being looked for. And even when the test is accurate, a positive reading merely shows that the patient came in contact with the germ in question. It says nothing about whether he’s ill or is going to become ill.

In fact, before 1985, when the science was turned on its head, antibody-positive status was taken to mean the patient’s immune system had successfully warded off the germ.

The PCR test is a sophisticated way of amplifying tiny, tiny bits of what are assumed to be viral material, so they can be observed. The problem here is this: if only tiny bits of material could be found in the patient’s body in the first place, there is no reason to suppose they’re enough to cause disease. Very, very large amounts of virus are necessary to begin to suspect the patient is ill or is going to become ill.

Bottom line: huge numbers of people on whom these tests are done are going to be falsely diagnosed with Ebola.

Here is what I wrote about the Ebola outbreak of 2014 in Africa. It applies today:

You show people a germ and you tell them what it is and what it does, and people salute. They give in. They believe. They actually know nothing. But they believe.

The massive campaign to make people believe the Ebola virus can attack at any moment, after the slightest contact, is quite a success.

People are falling all over themselves to raise the level of hysteria.

This is what is preventing a hard look at Liberia, Sierra Leone, and the Republic Guinea, three African nations where poverty and illness are staples of everyday life for the overwhelming number of people.

The command structure in those areas has a single dictum: don’t solve the human problem.

Don’t clean up the contaminated water supplies, don’t return stolen land to the people so they can grow food and finally achieve nutritional health, don’t solve overcrowding, don’t install basic sanitation, don’t strengthen their immune systems so they can ward off germs, don’t let the people have power—because then they would throw off the local and global corporate juggernauts that are sucking the land of all its resources.

In order not to solve the problems of the people, a cover story is necessary. A cover story that exonerates the power structure.

It’s all about the germ. The demon. The strange attacker.

Forget everything else. The germ is the single enemy.

Forget the fact, for example, that a recent study of 15 pharmacies and 5 hospital drug dispensaries in Sierra Leone discovered the widespread and unconscionable use of beta-lactam antibiotics.

These drugs are highly toxic. One of their effects? Excessive bleeding.

Which just happens to be the scary “Ebola effect” that’s being trumpeted in the world press.

Forget the fact that pesticide companies are notorious for shipping banned toxic pesticides to Africa. One effect of the chemicals? Bleeding.

Forget that. It’s all about the germ and nothing but the germ.

Forget the fact that, for decades, one of the leading causes of death in the Third World has been uncontrolled diarrhea. Electrolytes are drained from the body, and the adult or the baby dies. (Diarrhea is also listed as an “Ebola” symptom.)

Any sane doctor would make it his first order of business to replace electrolytes with simple supplementation—but no, the standard medical line goes this way:

The diarrhea is caused by germs in the intestinal tract, so we must pile on massive amounts of antibiotics to kill the germs.

The drugs kill off all bacteria in the gut, including the necessary and beneficial ones, and the patient can’t absorb what little food he has access to, and he dies.

Along the way, he can also bleed.

But no, all the bleeding comes from Ebola. It’s the germ. Don’t think about anything else.

Forget the fact that adenovirus vaccines, which have been used in Liberia, Guinea, and Liberia (the epicenter of Ebola), have, according to vaccines.gov, the following adverse effects: blood in the urine or stool, and diarrhea.

No, all the bleeding comes from the Ebola germ. Of course. Don’t think about anything else.

“Rash” is listed as one of the Ebola symptoms.

Chronic malnutrition and starvation—conditions that are endemic in Liberia, Sierra Leone, and Guinea—are the number-one cause of T-cells depletion in the world.

T-cells are a vital component of the immune system. When that system is compromised, any germ coming down the pipeline will cause epidemics and death.

But no, blame it all on the germ.

Allow the corporate-government domination to continue.

There is more, but I’ll leave it there for the moment.

The mainstream story about Ebola is riddled with hoax.

It’s “blame the virus” for illness and dying that come from other obvious sources.