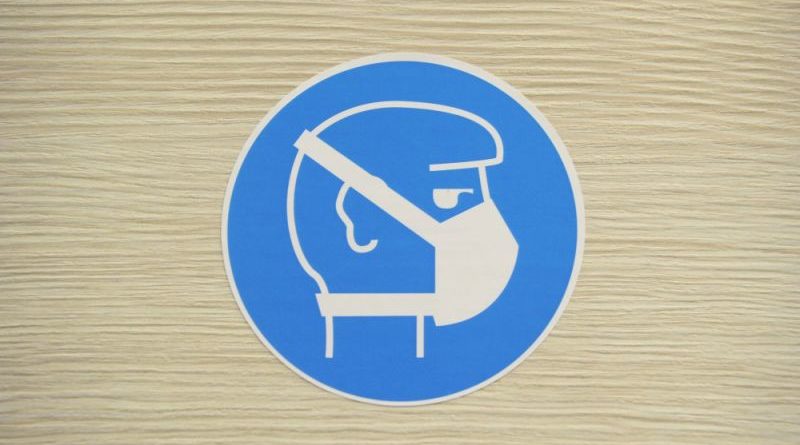 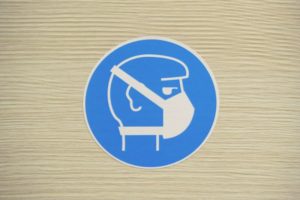 The Pandemic Is Exposing the Limits of Science The 2008 financial crisis led the public to discover the limits of economics. The Covid-19 pandemic risks having the same effect on scientists and medical doctors.Since the start of the outbreak, citizens have struggled to get clear answers to some basic questions. Consider masks, for example: The World Health Organization said early on that there was no point in encouraging healthy people to use them, but now most doctors agree that widespread mask-wearing is a good idea. There was also confusion around lockdowns: In the U.K., scientists argued for weeks over tMhe merits of closing businesses and keeping people at home — a quarrel that may have cost the country lives. And now that the outbreak is fading in Italy, there is growing debate between the country’s public health experts and doctors over whether the virus has lost strength or remains just as deadly.These disputes are only natural since we are dealing with a novel coronavirus that caught most Western health-care systems off-guard. Meanwhile, scientists across the world have raced to share data, and a number of companies have ramped up work on a vaccine, which could be one of the fastest-developed in human history. 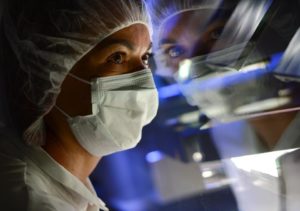 Merck Jumps Into The Race For A Coronavirus Vaccine“COVID-19 is a global challenge and requires global solutions,” said Merck chairman and chief executive Kenneth C. Frazier in a statement. “Merck intends to make any vaccine or medicine we develop for this pandemic broadly accessible and affordable globally, and we are working now to accomplish this goal as quickly as possible.”One. That’s the number of doses Merck is ultimately aiming for in either Covid-19 vaccine. Roger Perlmutter, the head of Merck’s Research Laboratories, told Stat News that having to give booster shots would make immunizing people more difficult. 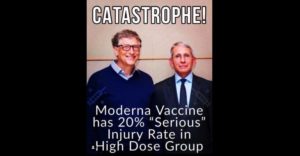 Vaccine Trial Catastrophe: Moderna Vaccine has 20% ‘Serious’ Injury Rate in High Dose Group Despite Moderna’s cheery press release this week, the clinical trial results for its groundbreaking COVID vaccine could not be much worse.The vaccine, developed and championed by Anthony Fauci and financed by Bill Gates, used an experimental mRNA technology that the two men hoped would allow rapid deployment to meet President Trump’s ambitious “warp speed” time line. Dr. Fauci was so confident of his shot’s safety that he waived ferret and primate studies (Moderna suspiciously reported no specific health data from its mouse studies). That appears to have been a mistake.Three of the 15 human guinea pigs in the high dose cohort (250 mcg) suffered a “serious adverse event” within 43 days of receiving Moderna’s jab. Moderna did not release its clinical trial study or raw data, but its press release, which was freighted with inconsistencies, acknowledged that three volunteers developed Grade 3 systemic events defined by the FDA as “Preventing daily activity and requiring medical intervention.” 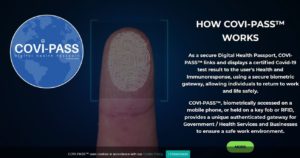 COVI-PASS Digital Health Passport = Instant Global Dictatorship In March, I reported about an invasive microchip tattoo that was designed specifically to facilitate enforcement of children’s vaccination. The microchip technology was developed at the personal request of Bill Gates.I noted that “ultimately, such tattoos will facilitate enforcement of vaccination dictates.”Read: Micro-Chip Technology Resurrects Tattoo Identification + Medical SurveillanceThe Covid-19 pandemic sped up the date of Bill Gates’ planned launching of vaccination dictatorship.Introducing: COVI-PASS: Digital Health Passport:  https://www.covipass.com/#AboutCoviPass, by British Cyber Security VST Enterprises.According to VST, it is being used by the European Commission and United Nations projects.This will be “THE NEW NORMAL” dictatorship that the global rulers have prepared for us mortals – unless we mount a global rebellion. 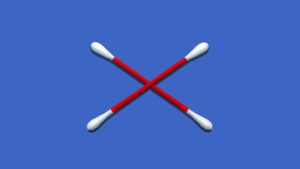 ‘How Could the CDC Make That Mistake?’ The Centers for Disease Control and Prevention is conflating the results of two different types of coronavirus tests, distorting several important metrics and providing the country with an inaccurate picture of the state of the pandemic. We’ve learned that the CDC is making, at best, a debilitating mistake: combining test results that diagnose current coronavirus infections with test results that measure whether someone has ever had the virus. The upshot is that the government’s disease-fighting agency is overstating the country’s ability to test people who are sick with COVID-19. The agency confirmed to The Atlantic on Wednesday that it is mixing the results of viral and antibody tests, even though the two tests reveal different information and are used for different reasons.This is not merely a technical error. States have set quantitative guidelines for reopening their economies based on these flawed data points.

CDC now says coronavirus ‘does not spread easily’ on surfaces The US Centers for Disease Control and Prevention now says the coronavirus “does not spread easily” through touching surfaces or objects.In early March, the federal health agency was warning that it “may be possible” to pass on the virus from contaminated surfaces, according to Fox News.Its guidelines now include a section on ways the virus doesn’t easily spread — including from touching surfaces or objects.“It may be possible that a person can get COVID-19 by touching a surface or object that has the virus on it and then touching their own mouth, nose, or possibly their eyes,” the CDC webpage states.“This is not thought to be the main way the virus spreads, but we are still learning more about this Other ways the virus doesn’t easily spread are from animals to people or people to animals, the CDC’s updated webpage states.It’s unclear when the CDC updated its guidance. The agency didn’t immediately respond to The Post’s request for comment.The agency continues to note that the virus is thought to mainly spread from person to person — even from those not showing symptoms. 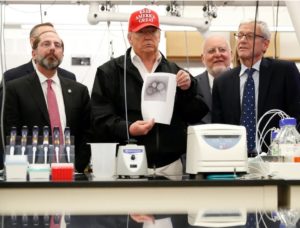 I heard Dr. Robert Scott Bell say that Zinc and Copper go together, I notice that your Zinc has no copper-I was wondering why?—should I be taking some copper with the Zinc? I asked Chris Barr to help answer your question, below is his answer.
“Zinc without copper is only an issue if consuming large amounts of zinc as in greater than 40 mg at a time. I have NEVER recommended more than one MegaFood Zinc daily. That is only 22.5 mg zinc.”

My question to you: Some nutritionist say yes to Zinc and Copper; some say no: what say you?

Dear Robert,
I am a nurse in a county jail and have been working throughout the ‘Wuh Flu’ scare. Our jail houses approximately 1300 inmates and we have not had a single case. Some inmates have made claims to exposure, put in quarantine, tested, and have proved negative. We are only required to wear mask, N95, if we come into direct contact with someone who is in quarantine or who has a definitive diagnosis of Covid 19, otherwise I don’t wear one. Through listening to your program I began taking selenium and Sovereign Silver daily, try to get plenty of sleep, prayer, exercising when I can, and listening to programs such as yours as well as catching some of Ty and Charlene’s interviews. I have gained a tremendous amount of knowledge through all of this.
The problem I am now having is with a sister of mine who I am very close to and lives in the same town. She refuses to see me unless I am six feet away and wearing a mask. I tried it one time inside her house and the homemade mask would not stay in place, my glasses kept fogging up, and I felt as if I was on another planet. I haven’t been back sense and she and her husband view me as ‘germ warfare’ due to where I work. The reason for my going into such detail is to paint a picture as to how this situation can divide families. I try not to come across as a ‘know it all’ with her and listen to her side but when I hear her describing it as a “pandemic, when it’s safe, I don’t want to kill somebody”, my patience quickly dwindles and I respond with building your immune system, not everyone is contagious, etc. 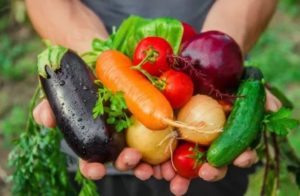 Americans Are Rediscovering Self-Reliance To End Their Own Enslavement In the aftermath of the government’s response to the coronavirus outbreak, which has impoverished millions and destroyed the supply chains all around the world, Americans are at least taking some responsibility.  Many are now taking to self-reliance, as they’ve realized the government is not there to help them.Many people initially obeyed the commands to destroy their lives, shut their businesses, and become good slaves. But a lot of us quickly got fed up with the tyranny as the orders killed jobs, smothered social interactions, and put the entire population of the planet in mental chains. If anything, the plandemic restrictions fed oxygen to the embers of the individualist, anti-authoritarian tradition. Likewise, the lockdowns have fueled old habits of self-reliance, prompting Americans to relearn skills and revive almost-forgotten habits in ways that, for better or worse, may shape the future.When you rely only on yourself, you cannot be manipulated or controlled.  This is perhaps the biggest blow to the political and ruling classes of the work we’ve seen yet.  As David Icke said, “dependency is the greatest form of control.”Stand Up For Liberty: Dependency Is The Greatest Form of Control.