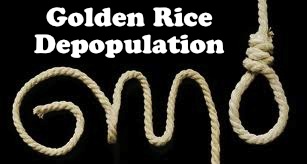 Whether it’s vegetables or humans, you create two matched groups that are as close to each other as possible in all relevant ways, and then you expose them to different protocols and record what happens.

For example, Washington State University did the right thing with strawberries. John Reganold and his colleagues took the same strain of berry and planted it in two plots of earth right next to each other.  One patch was conventionally grown (with chemicals) and the other was raised organically.

In the recent infamous Stanford study that is raising a ruckus, the conclusion was: conventional and organic food are nutritionally equal.  But no planting of food was done.  No study was done at all, in fact.  It was a review of prior published studies, and there is no indication that those prior studies handled crops the correct way, as the Washington State strawberry researchers did.

Sorry.  Try again.  Try again to raise doubts about organic food, try to label people who want organic food as cultists, try to make a sociological point, try to save the world with GMOs.  Whatever.  You failed this time.  You may have served Big Biotech, but again, that has nothing to do with science.

How about the recent “golden rice” study in China?  There is quite an uproar about that one, too.  It appears two dozen children were taken into the protocol and fed GMO rice without informed consent.  One Chinese health official has been suspended while an investigation is done.

The point of the study was to show that this engineered form of rice could save millions of lives in poverty-strickened lands, where people have an acute Vitamin A deficiency.

The golden rice, injected with viral genes and daffodil genes, produces beta-carotene, and the body makes that into Vitamin A.

Well, there are a few unannounced problems here as well.  First, if the rice is polished, the sector of the grain where the beta-carotene is stored is wiped away.  But the bigger issue is the human diet itself, the requirements for basic survival.

To put it simply, no one absorbs and uses Vitamin A or any other vitamin productively when they are eating nothing but rice, when they are deprived of a minimal diet, when they are chronically living in a near-starvation zone.

So to claim that golden rice can save millions of lives is sheer folly and criminal fraud.

Now, if instead of planting miles of golden rice (to eventually benefit Big Biotech’s bottom line), you planted ordinary green vegetables, you might achieve uptake of some Vitamin A.  But that’s too easy and too real.  It’s not exotic.  It’s not “sophisticated.”  It’s not technocratic.

Actually, if the golden rice “solution” is implemented in a big way all over the impoverished and starving Third World, it could rightly be called depopulation.  Because that’s what it will be.

People need to eat varied food to survive.  That’s not hard to understand.  They need calories and protein.  They need a number of vitamins and minerals in their food.  They need clean water.  They need land on which to grow this food—rather than being crowded into cities while big agribusiness corporations, who have stolen their farms, plant coffee and other cash crops for export out of the country.

This is not high-tech knowledge, either.  Half of what big agribusiness does is spout pseudo-scientific propaganda to overwhelm basic common sense and obscure their crimes of theft and murder.

Murder?  Yes.  What would you call it, when the Monsantos of this world push a land-grab solution (that doesn’t work) on populations, when the people need to use the same land to grow a variety of food, in order to survive?