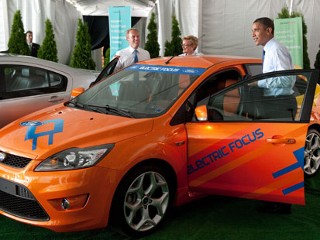 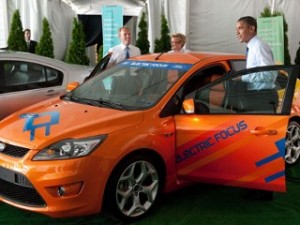 What’s with all the presidential visits to battery-manufacturing plants?

President Obama’s trip last week to just such a plant in Holland, Mich., was his fourth automotive-battery-focused stop since being elected. To riff off of President Clinton’s mantra “it’s the economy, stupid,” it’s almost as if Mr. Obama’s catch phrase about what’s important could be, “It’s the battery, bozo.”

The reason is that batteries are central to the president’s election-year message that green-tech will lead America into well-paid jobs and a revived economy. But politics aside, the $2.4 billion the Obama administration has funneled to the advanced battery industry points to a tooth-and-nail struggle as the United States endeavors to catch up to Asia in making cutting-edge lithium-ion batteries for use in vehicles.

“The workers at this plant, already slated to produce batteries for the new Chevy Volt, learned the other day that they’re also going to be supplying batteries for the new electric Ford Focus as soon as this operation gears up,” Obama said at the Compact Power plant in Michigan. “By 2012, the batteries will be manufactured here in Holland, Michigan. So when you buy one of these vehicles, the battery could be stamped ‘Made in America’