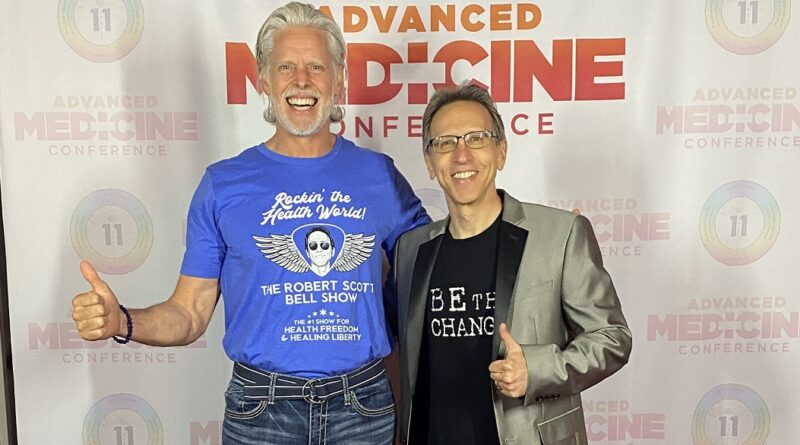 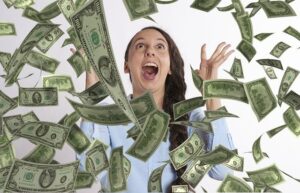 Million-dollar lotteries fail to cut through vaccine apathy State efforts to juice Covid-19 vaccination rates through million-dollar lotteries haven’t reversed the steep decline in adults seeking out shots when many pockets of the country remain vulnerable to the coronavirus. While Ohio did see a two-week bump in adult vaccination rates last month after becoming the first state to offer sizable cash prizes, the pace of vaccinations there has already fallen off. And states that followed its headline-grabbing example made some small gains without showing evidence of any comparable surge, a POLITICO analysis of federal and state data shows. “It’s just not working,” said Irwin Redlener, who directs the Pandemic Resource and Response Initiative at Columbia University. “People aren’t buying it. The incentives don’t seem to be working — whether it’s a doughnut, a car or a million dollars.”  States launching the lotteries hoped they could nudge a persuadable group of holdouts to get vaccinated and reduce the risk of new waves of infection in pockets of the country with less protection against the coronavirus. Even as the nation slowly approaches President Joe Biden’s goal to vaccinate at least 70 percent of adults, public health officials have increasingly warned that these areas face a greater threat from the highly transmissible and more severe Delta virus variant, which was first identified in India and now accounts for at least 10 percent of total U.S. cases. 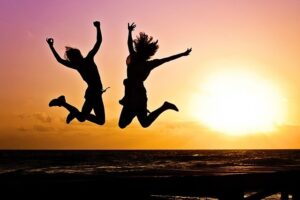 Only 21% of Americans worried about contracting COVID-19 A new poll shows only 21% of Americans fear contracting COVID-19 from someone they know well, the lowest number since the pandemic began, according to the Associated Press–NORC Center for Public Affairs Research. Only 25% are concerned that lifted restrictions will lead to more infections in their community. About 40% of those polled said their communities were handling reopening at a correct pace, with 27% thinking it has been done too slowly and 34% feeling restrictions were lifted too hastily. But in general, most poll respondents said they were resuming pre-pandemic activities, including visiting family and friends, shopping for non-essential items, and dining in bars and restaurants. Mask wearing, which has been mandated less and less, is also being dropped. In February, 65% of poll respondents said they wore a mask when gathering with anyone outside their households. Now only 37% say they do so. The poll results come as cases continue to decline across the country. Yesterday the United States reported 10,399 new COVID-19 cases and 281 deaths, according to the Johns Hopkins COVID-19 tracker. 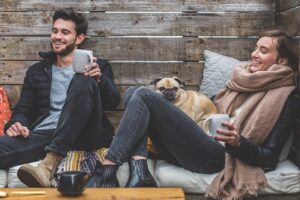 AP-NORC poll: Many Americans resuming pre-virus activities Many Americans are relaxing precautions taken during the COVID-19 pandemic and resuming everyday activities, even as some worry that coronavirus-related restrictions were hastily lifted, a new poll shows. The poll from The Associated Press-NORC Center for Public Affairs Research finds that majorities of Americans who were regularly doing so before the pandemic say they are returning to bars or restaurants, traveling and attending events such as movies or sports. Just 21% are very or extremely worried about a COVID-19 infection in their inner circle — the lowest level since the pandemic began — and only 25% are highly concerned that the lifted restrictions will lead to additional people being infected in their community. Andrea Moran, a 36-year-old freelance writer and mother of two boys, said she feels both relief and joy at the chance to resume “doing the little things,” such as having drinks on a restaurant patio with her husband. “Honestly, I almost cried,” Moran said. “It’s such a feeling of having been through the wringer, and we’re finally starting to come out of it.” Still, 34% of Americans think restrictions in their area have been lifted too quickly, while somewhat fewer — 27% — say they were not lifted quickly enough. About 4 in 10 rate the pace of reopening about right. 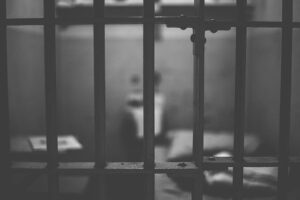 Atlanta Mayor Says Lifting Of Restrictions Contributed To City’s Soaring Crime Rate Atlanta Democratic Mayor Keisha Lance Bottoms claims that Republicans in the statehouse who voted to lift Georgia’s COVID-19 restrictions contributed to the soaring crime rate in her city. In an appearance on MSNBC on Friday, Bottoms told host Stephanie Ruhle that Gov. Brian Kemp’s decision on April 20 to ease lockdown restrictions was a major cause of the rise in crime, including a 50% jump in murders compared to pre-pandemic. According to The Atlanta Journal-Constitution, there were 157 homicides in 2020, up from 99 in 2019. “Remember in Georgia we were opened up before the rest of the country, even before the CDC [Centers for Disease Control and Prevention] said that it was safe for us to open so our night clubs and our bars remained open so we had people traveling here from across the country to party in our city,” Bottoms told Ruhle in response to the MSNBC host pointing out the increase in killings. The mayor also said “COVID left a lot of people battered and bruised, not just physically but also emotionally.” “Until we deal with the systemic issues of gun violence in this country, how easily young people, people with mental illnesses can access guns in this country, I’m afraid that this will not be the last summer that we are having this conversation,” Bottoms said.

Hi Robert!
What are your thoughts on shilajit? Is it an optimal source of minerals?
Thank you!
Grace 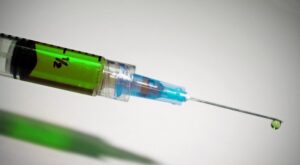 Hall of Famer John Stockton faces scrutiny over appearance in anti-vaccine documentary NBA legend John Stockton drew the ire of basketball fans Thursday when it was discovered he appeared in a documentary questioning the efficacy of masks and the COVID-19 vaccine to prevent the spread of the virus that has killed more than 3.8 million people globally. Stockton, who is considered to be one of the greatest point guards to ever play pro basketball, was seen talking about federal officials’ decisions to lock down certain parts of the country in hopes of stopping the spread of COVID-19. “This isn’t a virus cheating us of this opportunity, it’s the guys making decisions saying ‘No, no, we’re too scared and we’re gonna shut everything down. Sit in your house and be careful,’” he says in a trailer for the documentary. “My kids and grandkids hearing these things and accepting them as truth when I know by my significant amount of research that it isn’t is very frustrating.” Stockton also invoked Golden State Warriors star Stephen Curry in his explanation. “One of the things that sticks in my head is losing someone like Steph Curry to basketball would be a crime. I just think what a disappointment to this world it would be if that guy didn’t’ become who he is,” Stockton was heard saying. “So I wonder who were are missing out on right now.” 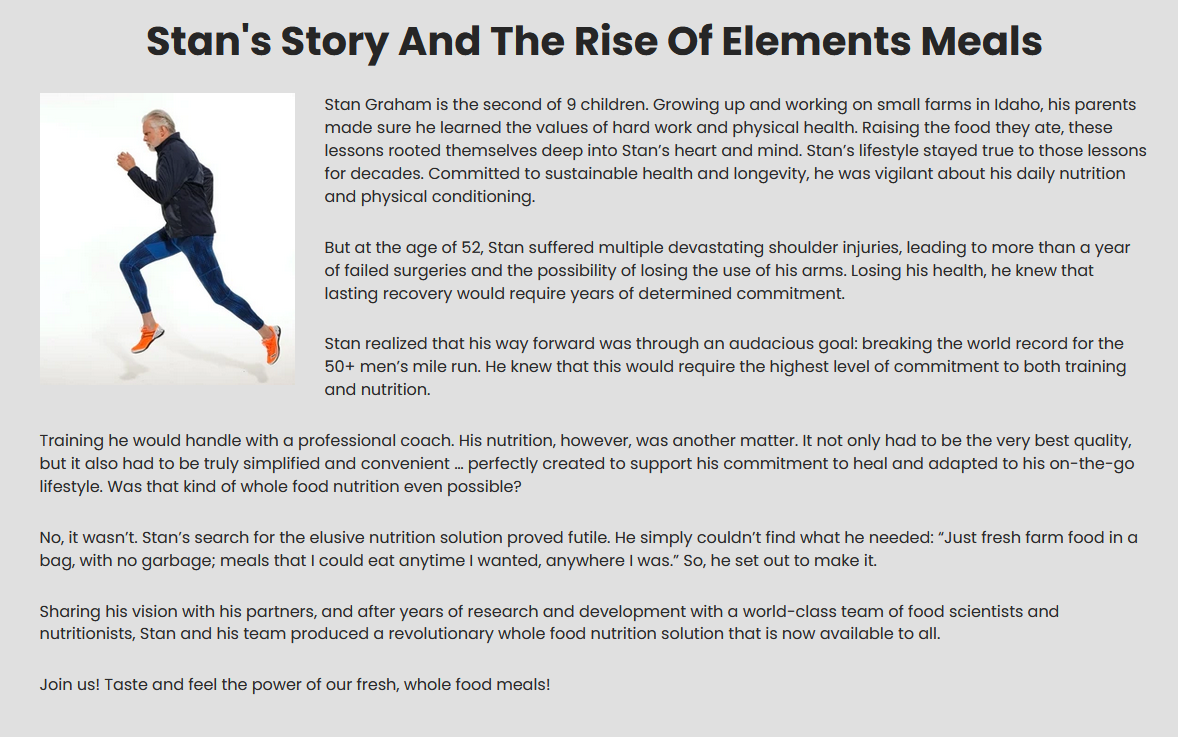 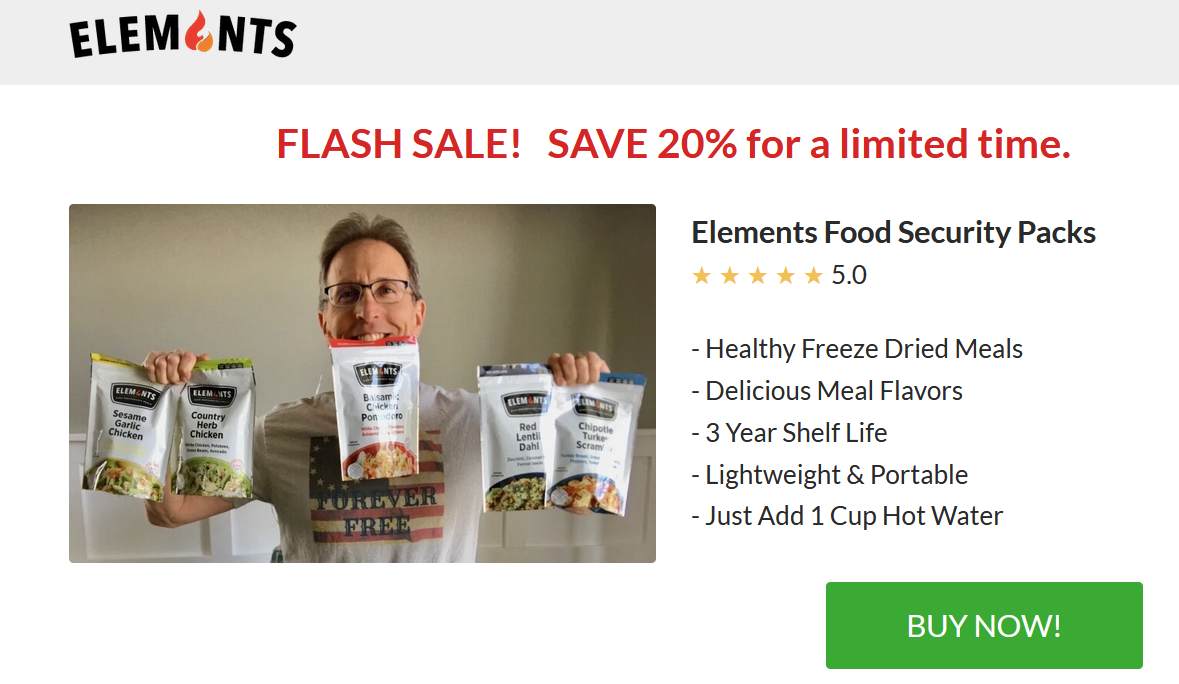 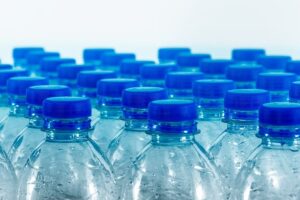 ‘Concerning’ Levels of Toxic ‘Forever Chemicals’ Found in Bottled Water Scientists at Johns Hopkins University found per- and polyfluoroalkyl (PFAS) chemicals in 39 out of 100 samples of bottled water tested, prompting calls for regulators to set allowable limits for the “forever chemicals.” The researchers did not disclose which brands were tested, but did say some of the samples had “levels deemed concerning by water quality experts,” according to Consumer Reports (CR) which reported on the study. Bottled water labeled “purified” had “significantly less PFAS” compared to “spring” water, according to the study which was published in the journal Water Research. Scientists said this is due to purified water being filtered by reverse osmosis, which removes fluoride, lead, pesticides and other contaminants. Kellogg Schwab, Ph.D., professor of public health at Johns Hopkins, director of the university’s Water Institute and the study’s co-author, said: “Our findings support the need for regulatory testing of bottled water source waters, given the frequency of PFAS detection and the occasional detection of elevated levels of PFAS.” The U.S. Food and Drug Administration has not set limits for PFAS in bottled water. The International Bottled Water Association, which tests its products for PFAS, is pressing the agency to set limits so bottled water companies can get “clarity” on the subject. The Johns Hopkins researchers tested for 32 types of PFAS and found at least 15 of them, CR reported. Researchers said 42%  of the PFAS found were pentafluoropropionic acid (PFPrA), an ultrashort-chain compound labeled “hazardous” by the 2012 Occupational Safety and Health Administration. “Short-chain” PFAS were designed to replace older and supposedly more toxic “long-chain” PFAS. Manufacturers say short-chain PFAS are safer and “practically non-toxic,” but emerging research shows the newer compounds are just as toxic and persistent in the environment.