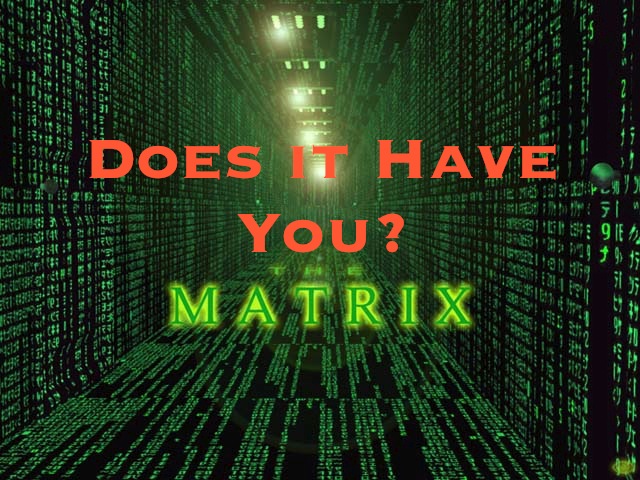 What we call Reality is a hall of mirrors. It reflects itself back and forth and builds up a consensus.

People do the same thing. They confirm with one another that the reality they believe is real is, in fact, real.

And having established that, they live out their lives and make the best of it.

More to the point, what happens if you’re not satisfied to live out the rest of your life inside the space of what YOU assume is real?

This is where a lot of people get off the train. They assert, with great assurance, that what they have discovered is the ultimate frontier. They’ve broken through the illusion. They’ve found out who is running the show from behind the curtain.

And with those discoveries in their pocket, they will live out their lives, confident in the knowledge that they can’t be fooled. They’ve won the prize.

Actually, peering behind the curtain and seeing what’s there is step one. The journey has barely begun.

You want to lift that curtain, and you should. You should find out everything you can about who and what is behind it, and how they operate. But how long before you stop patting yourself on the back?

How long before you decide to create, with great passion and commitment, your own reality, the one you profoundly desire?

It’s the reason you don’t “live out your life.”

It’s the reason “living out your life” seems about the worst thing you can do.

No excuses will suffice to rationalize staying in one place. No complaints will make you feel better. No “ultimate” space or time is good enough, as it is, to convince you that you should just play out the string inside it.

Right now, we are witnessing tech giants—Google, Facebook, You Tube, Twitter—hiding and de-listing news they deem “fake.” On one level, this is an obvious attempt to control political content. But on a much deeper level, this is an effort to shore up THEIR REALITY. They want to consolidate their Army of believers and expand its ranks. Outsiders and their ideas and analyses are a threat.

Outsiders, heaven forbid, might decide to launch other creative realities that bleed into the consensus and dissolve it.

The independent and free individual mind has its own immune system. It responds when it detects the intrusion of collectivist concoctions.

The individual then has the power to invent his own future, according to his own vision. This is where the journey really gets interesting.

This is where new space and new time emerge, and the space of consensus shrinks and withers.

This is where the Army of Reality has no answer.

In my private consulting practice, I’ve worked with a number of clients, each of whom has his own invention of reality—a project and an enterprise that spills over the conventional boundaries.

What’s similar is the available energy for the work.

Where does that energy come from?

It comes from the individual himself.

When imagination and the creative impulse are unleashed, energy appears in large quantities. New and fresh energy.

Cutting-edge energy that quite naturally and automatically begins to shred Army of Reality energy.

The fabric of old limiting ideas falls apart, and the individual steps out on to a unique launching platform.

This is the voyage that can never be stopped.

Because it doesn’t depend on the fake news and fake consensus and the fake illusion of power of The Group.