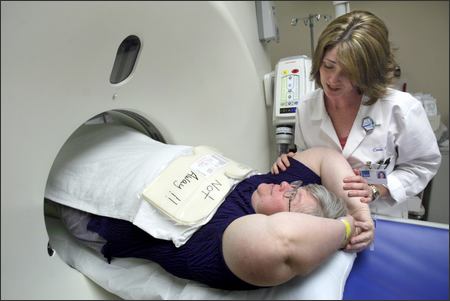 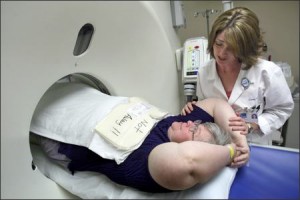 New concern over lack of regulation in medical radiation has been spurred by a case in which more than 300 patients received excessive levels of radiation, but doctors only uncovered the problem when patients’ hair began to fall out.

The radiation errors occurred at three hospitals in Los Angeles and one in Alabama, during heart tests performed with a special form of computed tomography (CT) scan. Some patients received more than eight times the intended radiation dose.

Since the case became public, there has been a growing call for tighter regulation of diagnostic and therapeutic radiation techniques. The American Society for Radiation Oncology, the country’s foremost radiation oncology association, recently called for new safety measures, including a central database where technicians can report any errors in CT scanners or the linear accelerators that produce medical radiation. The New York Times has printed features documenting the severe health problems that can result from the improper use of medical radiation, especially in women and children.

This concern is made all the more urgent by the ever-growing popularity of diagnostic radiation. Largely because of a vast increase in the use CT scans and similar tests, the average U.S. resident’s lifetime radiation dose has increased to seven times above 1980 levels. Even if no errors occur in any of these tests, harm may still result simply from the overuse of inherently risky procedures.

Congress is investigating why oversight into medical radiation remains so weak in the United States. Many observers have attributed the problem to the lack of a clear regulatory framework, with the New York Times noting that laws and rules designed to protect patients from excessive radiation exposure are weak, unevenly applied, and inconsistent across states and institutions. For example, some states do not even require the reporting of radiation accidents involving medical scanning devices.

“There is a patchwork of licensure and registration across the country,” said David N. Fisher, managing director of the Medical Imaging and Technology Alliance, a manufacturers’ group, “and we believe in setting standards for physicians, physicists, technologists — all sorts of operators, the whole shooting match.”

Although the FDA technically has jurisdiction over all medical devices, it has rarely made use of its authority. Consumer groups have criticized the agency for failing to make manufacturers even perform safety tests before putting radiation scanners or other medical devices on the market.

Spurred in part by the recent scandal, however, the FDA is moving to impose some measure of federal regulation on the use of radioactive imaging machines.

“These types of imaging exams expose patients to ionizing radiation, a type of radiation that can increase a person’s lifetime cancer risk,” the FDA said in a press release. “Accidental exposure to very high amounts of radiation also can cause injuries, such as skin burns, hair loss and cataracts.”

The agency has introduced a three-pronged plan to regulate the use of three radiation scanning devices: CT scans, nuclear medicine studies and fluoroscopies. It is currently considering several options for ways to make devices safer, allow doctors and patients to make informed decisions about their use, and increase patient awareness about the devices’ risks.

The FDA’s effort has been well received by workers in the field.

“I think it is very timely in light of concerns about radiation exposure and the possibility of overexposure,” said James Thrall, chair of the American College of Radiology. “I think it will nudge the industry.”

The Medical Imaging and Technology Alliance has said it supports the FDA’s plan. It is asking the agency to impose mandatory accreditation for all facilities that carry out advanced imaging, and minimum standards for all health workers who use devices that deliver radiation.