Parkinson’s In The News Again… 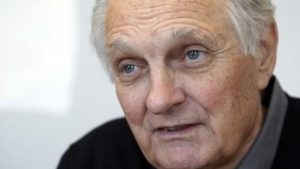 Alan Alda has Parkinson’s disease. What is Parkinson’s disease? In a surprise announcement today, actor Alan Alda, 82, revealed that he has been living with Parkinson’s disease for three and a half years. The actor, of M*A*S*H fame, tweeted — with his characteristic humor — that to date he’s remaining active and feels fine. ”I take boxing lessons 3 days a week, play singles tennis twice a week, and take a mild pill – all Dr. recommended,” Alda said in the tweetl “I even juggle a little. And I’m not entering dementia. I’m no more demented than I was before. Maybe I should rephrase that. Really, I’m good.” With more than one million people affected in North America alone, Parkinson’s disease — a condition first described in 1817 — is a brain disorder where nerves are weakened over time, affecting movement. The condition is seen more often after age 50, and is uncommon in people younger than 40.

Can the silver-aloe Vera combination be mixed in advance of taking it? For example can I mix it at breakfast to take to work with me to take at noon for convenience? Or does it lose potency and/or effectiveness by doing this. Also you state to wait 45 minutes after taking it to eat. I’m assuming less time, say 30 minutes, will not give enough time to reach the colon. Thank you! 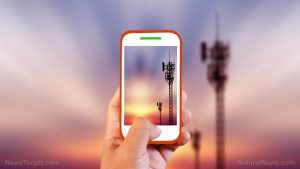 5G is already linked to rising health problems… concerns about “health calamity” on the rise Fifth generation technology for mobile networks, known as 5G, is set to make its big debut in Sacremento, CA this summer — but faster internet speeds aren’t all this new technology is known for. Concerns about the effects of the new cell service are mounting, especially with the growing body of research tying cell phone radiation to cancer and other adverse health outcomes. Outside the lab, firefighters and others exposed to 5G devices say that they are already experiencing negative cognitive effects, including confusion and memory issues. Radiation from cell phones and cell towers has already been linked to brain cancer. With the advent of 5G, there will be more towers that are closer together — a recipe for disaster, according to health advocates. Multiple cell service providers have announced that they will be rolling out 5G for faster speeds, but the impact of the new network is poorly understood at best. More, concerns about what the long-term effects of the near-constant radiation bath provided by 5G networks are continuing to grow — and for good reason. 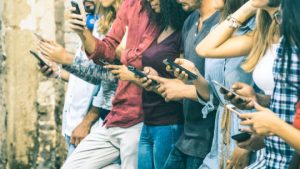 Mobile phone radiation may affect memory performance in adolescents, study finds Radiofrequency electromagnetic fields may have adverse effects on the development of memory performance of specific brain regions exposed during mobile phone use. These are the findings of a study involving nearly 700 adolescents in Switzerland. The investigation, led by the Swiss Tropical and Public Health Institute (Swiss TPH), will be published on Monday, 23 July 2018 in the peer-reviewed journal Environmental Health Perspectives. The rapid evolution of information and communication technologies (ICT) goes along with an increase in exposure to radiofrequency electromagnetic fields (RF-EMF) in our daily life. The most relevant exposure source to the brain is the use of a mobile phone close to the head. Several studies have been conducted to identify potential health effects related to RF-EMF, though results have remained inconclusive.

Thanks for all you do and all your impact you have on people. I just got hired at Vitamin Shoppe they loved me right away when I interviewed last week and I mentioned you in the interview and how I learned from people like you and Mike Adams and such. I worked for whole foods before but was only in the deli and they turned me down for over 25 positions because of their politics and such. Anyways keep on impacting the world on health issues. Finally I have a place I am proud to work for. Before in Walgreens, CVS and Whole Foods it just wasn’t the health that I was into. 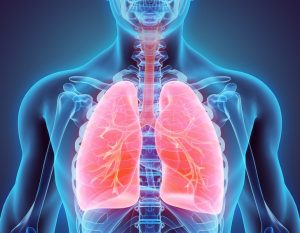 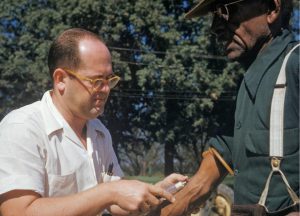 Less Than 50 Years After Tuskegee, Can Trust In Our Health System Be Restored? Although almost no one recognizes it today, the end of July marks a very important milestone in U.S. black history, public health, science and bioethics. This week, 46 years ago, rocked the United States, leaving behind it decades of mistrust and devastation to faith in the health care system. Between July 25th and 31st in 1972, a whistleblower, leaked to the press what we now refer to as the Tuskegee Syphilis Experiment. This horrific clinical study – conducted between 1932 and 1972 by the U.S. Public Health Service (PHS) – deceived 600 impoverished black men into thinking they were receiving medical care. Instead, they were lied to about their health, disease status and given placebos such as aspirin in lieu of treatments. All in the name of learning what happens as disease takes its course on the human body. The experiment, which was to last for six months, carried on for 40 years, even as funding for the work was lost and a treatment for syphilis (penicillin) was discovered.

Study: CBD From Marijuana Plus Chemotherapy Tripled Cancer Survival Rates In Mice Mice with pancreatic cancer treated with a combination of cannabidiol (CBD) and chemotherapy survived nearly three times longer than those treated with chemotherapy alone, according to a new study that spotlights the potential for human treatment. CBD, the non-psychoactive (non-intoxicating) compound in marijuana, has already been shown to improve side effects of chemotherapy like nausea and vomiting. The latest results provide more justification for testing in humans, building on prior animal research that uncovered possible anti-cancer properties of the compound. “Cannabidiol is already approved for use in clinics [in the UK], which means we can quickly go on to test this in human clinical trials,” said lead researcher Marco Falasca from Queen Mary University of London. While human trials involving CBD as a cancer treatment may move faster in the UK, similar efforts could face obstacles in the U.S., where CBD derived from marijuana is still considered an illegal (Schedule 1) substance under federal law. Progress is being made, however, with the US FDA approving the first drug comprised of CBD to treat severe forms of epilepsy in June of this year. 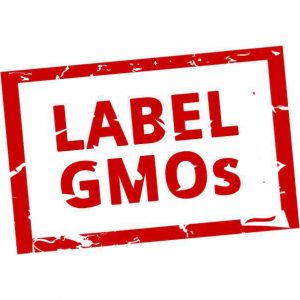 CFS Sues Trump Administration Over GMO Labeling Delay Today, Center for Food Safety (CFS) filed a federallawsuit against the Trump administration for failing to abide by the mandatory deadlines Congress set in the 2016 genetically engineered (GE) food disclosure law. That law required that its regulations be finished by two years after its enactment, or July 29, 2018. Earlier this week Secretary of Agriculture Sonny Perdue and the U.S. Department of Agriculture (USDA), which is assigned to draft and issue the new labeling rules, missed the final rules deadline. So today CFS went to Court, in order to get a mandated schedule for completion and judicial oversight of USDA, to ensure timely completion of the rules. “Americans have waited for decades for GE foods to be labeled, which Congress knew when it ordered USDA to get this done in a reasonable timeframe,” said George Kimbrell, CFS Legal Director. “Trump, Perdue, and their corporate lobbyists may want indefinite delay and keeping Americans in the dark, but the law doesn’t permit it.” The comment period on the USDA proposal ended July 3. CFS recently filed a separate lawsuit over USDA’s unlawful withholding of internal agency documents related to the GE disclosure rulemaking.