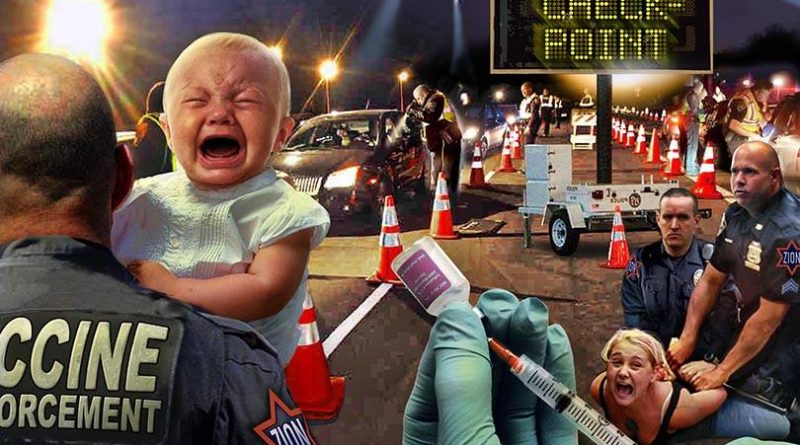 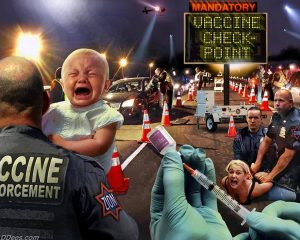 Argentina Creates Mandatory Vaccination Law For Passport, ID, Driver’s License, School & More In order to renew the DNI, passport and registration, the complete vaccination card must be presented. The Senate approved on Wednesday a law that establishes the obligatory nature and free of vaccination against preventable diseases for all the inhabitants of the country, and stipulates that the complete vaccination card will be required at the time of processing the DNI, passport and driving record , among others. The project was promoted by the Tucuman deputy Pablo Yedlin (Front Justicialista by Tucumán), and will replace the law 22,909, which is in force since 1983. So far, the mandatory vaccination applies only to children and the new project will be made extensive also to adults. The gratuity of the vaccines, in as much, happened in fact, but from now on it will be protected by law. According to the text itself, it will be the Executive, through the Ministry of Health of the Nation, which must regulate in a term of 120 days the fine print of the norm for its specific application. 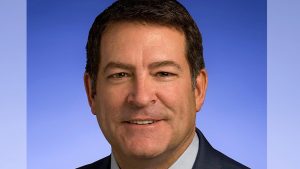 Congressman-elect says controversial vaccine comments were ‘taken out of context’ Tennessee Representative-elect Mark Green has come under fire for comments he mad during a town hall regarding vaccines and autism. A local media outlet released a video of Green saying he questioned the Center for Disease Control’s stance on whether or not vaccines cause autism. After multiple studies the CDC says there is no link between vaccines and the developmental disability. Green released the following statement in response to the video of his comments:

“Recent comments I made at a town hall regarding vaccines has been misconstrued. I want to reiterate my wife and I vaccinated our children, and we believe, and advise others they should have their children vaccinated.” 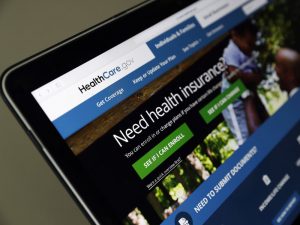 As Judge Rules Obamacare Unconstitutional, Democrats Seethe, Republicans Stay Mum President Trump called a Friday ruling striking down the Affordable Care Act “Great news for America!” Democratic lawmakers rushed to decry the decision, calling it “monstrous” and “harmful.” And Republican lawmakers remained mostly quiet Saturday. U.S. District Court Judge Reed O’Connor explained that his decision turned on a 2017 congressional tax bill, which eliminated a penalty for people who don’t acquire health insurance. Without the fine, the ruling says, the ACA is unconstitutional. Texas Attorney General Ken Paxton, who spearheaded the suit, celebrated the ruling on Twitter with three exclamation points: “BREAKING: Texas Federal judge rules Obamacare unconstitutional!!!” But Texas Sens. Ted Cruz and John Cornyn as well as Gov. Greg Abbott haven’t mentioned it there. None of their offices responded to NPR requests for comment Saturday morning. Additionally, none of the Republican governors of the 20 states listed as plaintiffs in the case noted the ruling on their Twitter accounts. 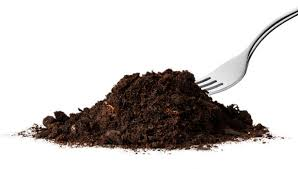 Fat people should eat dirt if they want to lose weight: Study While everything from juice cleansers and soup diets have been linked to weight loss in the past, a new study claims eating dirt could be the latest way of flushing fat from the body. Yes, really. According to research published in the Pharmaceutical Research Journal by researchers from the University of South Australia, eating a side of a certain type of dirt with an evening meal could actually flush fat from the system. Researchers say obesity costs the global economy $2.78 trillion (US$2 trillion, UK£1.58 trillion) each year, but a PhD candidate has discovered that clay materials have the potential to “soak up” fat droplets in the gut. While Tahnee Dening’s discovery was accidental, it could be a possible cure for obesity. “It’s quite amazing really. I was investigating the capacity of specifically clay materials to improve the oral delivery and absorption of antipsychotic drugs, when I noticed that the clay particles weren’t behaving as I’d expected,” Dening said in a statement. “Instead of breaking down to release drugs, the clay materials were attacking fat droplets and literally soaking them up.” 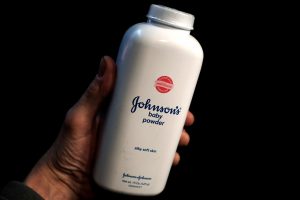 J&J knew for decades that asbestos lurked in its Baby Powder Darlene Coker knew she was dying. She just wanted to know why. She knew that her cancer, mesothelioma, arose in the delicate membrane surrounding her lungs and other organs. She knew it was as rare as it was deadly, a signature of exposure to asbestos. And she knew it afflicted mostly men who inhaled asbestos dust in mines and industries such as shipbuilding that used the carcinogen before its risks were understood. Coker, 52 years old, had raised two daughters and was running a massage school in Lumberton, a small town in eastern Texas. How had she been exposed to asbestos? “She wanted answers,” her daughter Cady Evans said. Fighting for every breath and in crippling pain, Coker hired Herschel Hobson, a personal-injury lawyer. He homed in on a suspect: the Johnson’s Baby Powder that Coker had used on her infant children and sprinkled on herself all her life. Hobson knew that talc and asbestos often occurred together in the earth, and that mined talc could be contaminated with the carcinogen. Coker sued Johnson & Johnson, alleging that “poisonous talc” in the company’s beloved product was her killer. 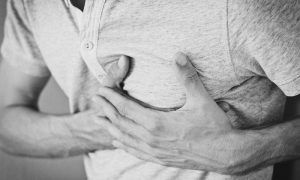 On Christmas Eve, Santa delivers presents—and a few extra heart attacks If you think of the night before Christmas as a time for hot cocoa, cozy fires and Bing Crosby albums, a new discovery by Swedish researchers may well break your heart: The risk of suffering a heart attack spikes on Christmas Eve. That finding is based on a comprehensive database of hospital statistics that includes 283,014 cases of heart attacks over a period of 16 years. It was published this week in the BMJ (formerly the British Medical Journal). The study would appear to put Christmas Eve in the same category as earthquakes, hurricanes, stock market crashes, wars and high-stakes World Cup soccer matches—after all of these events, scientists have documented that heart attacks are more likely to occur. On Dec. 24, the risk of a heart attack is 37 percent higher than normal, the researchers found. On Christmas itself, the increase in risk dips to 29 percent. Even on Boxing Day, it’s still 21 percent above normal levels. For the sake of comparison, Mondays are known to be a time of increased heart attack risk. But in Sweden, the risk was only about 10 percent higher on the first day of the workweek. 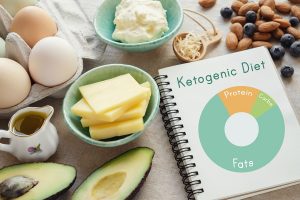 #1 Most-read Study of 2018 in the Medical Journal Pediatrics is How a High-Fat Diet can Help Type 1 Diabetes A recent 2018 online survey of type 1 diabetics or their parents and caregivers has opened the door for others to use the ketogenic high-fat, low-carbohydrate, moderate protein diet to ease the burden of insulin injections and improve the day-to-day life of type 1 diabetics, potentially leading to remission. This was a breakthrough study, as the ketogenic diet has proven itself with diabetes type 2 sufferers, but there has been little looked into with keto for diabetes 1 patients. This study’s focus was on serious carb production. Its title is Management of Type 1 Diabetes With a Very Low–Carbohydrate Diet, and it was published by Pediatrics, the “official journal” of the AAP (American Academy of Pediatrics). Dr. Lewis First, chief editor of Pediatrics, provided an article listing the top 10 items published by Pediatrics during 2018. This study was at the top of the list as the most popular article in Pediatrics for 2018. 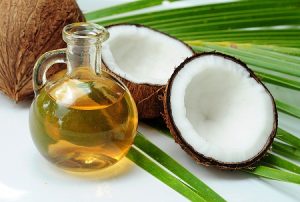 Coconut oil still isn’t healthy, a year after that AHA report: Experts Over a year since research out of the American Heart Association said coconut oil isn’t healthy, dietitians are still telling people to avoid eating much of it. Coconut oil is more than 80 percent saturated fat — far beyond butter (63 percent), beef fat (50 percent) and pork lard (39 percent), according to the American Heart Association. It has “no known offsetting favorable effects,” the AHA said in a past advisory stating coconut oil could actually increase LDL (“bad”) cholesterol, a cause of cardiovascular disease. The data wasn’t exactly new, but it did ignite a firestorm of conversation about coconut oil, which in recent years has been marketed as a health food and even a solution for weight loss in some circles. Ginger Hultin, spokesperson for the Academy of Nutrition and Dietetics and registered dietitian, told USA TODAY she still doesn’t recommend people add coconut oil to their diets but says a small amount shouldn’t hurt. By small, she says less than a tablespoon a day. She doesn’t endorse heaping spoonfuls into smoothies or coffee.