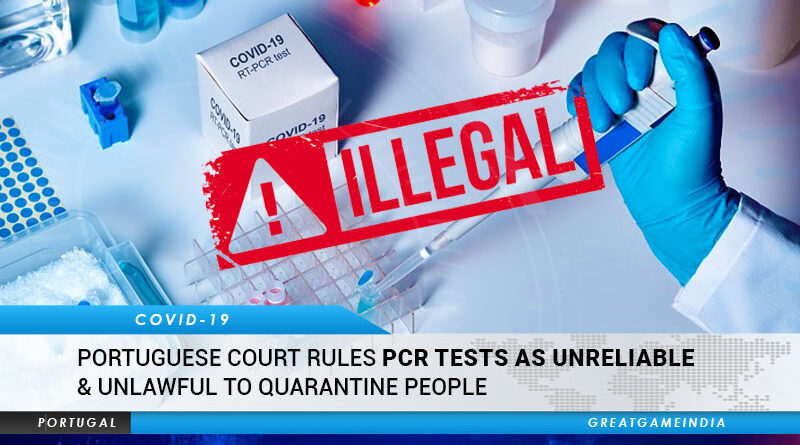 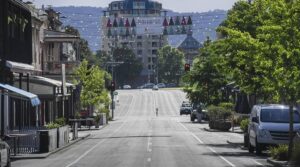 Outdoor Exercise Banned in One of World’s Toughest Lockdowns South Australia began one of the world’s toughest lockdowns Thursday with even outdoor exercise and dog-walking banned as the state tries to contain a cluster of Covid-19 infections. For six days, only one person from a household will be allowed to leave home each day, and only for essential reasons, authorities said. Schools, universities, cafes and restaurants are closed, weddings and funerals are banned and mask-wearing is mandatory. “We want to go hard, go early, but get out of it as quickly as we can,” State Premier Steven Marshall said of the measures. Twenty-three people in the state capital Adelaide have been infected after a cleaner at a hotel used to quarantine people arriving from overseas was exposed to the virus, and health authorities say the “circuit breaker” measures are necessary to avoid a wider outbreak. 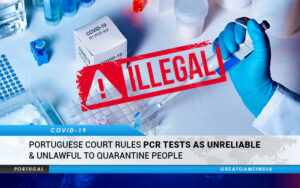 Portuguese Court Rules PCR Tests As Unreliable & Unlawful To Quarantine People A Portuguese appeals court has ruled that PCR tests are unreliable and that it is unlawful to quarantine people based solely on a PCR test. The court stated, the test’s reliability depends on the number of cycles used and the viral load present. Citing Jaafar et al. 2020, the court concludes that:if someone is tested by PCR as positive when a threshold of 35 cycles or higher is used (as is the rule in most laboratories in Europe and the US), the probability that said person is infected is less than 3%, and the probability that said result is a false positive is 97%. The court further notes that the cycle threshold used for the PCR tests currently being made in Portugal is unknown. The threshold cycles used in PCR tests in India is between 37 and 40, which makes the reliability of the PCR test less than 3% and the false positive rate as high as 97%. This case concerned the fact that four people had been quarantined by the Regional Health Authority. Of these, one had tested positive for COVID using a PCR test; the other three were deemed to have undergone a high risk of exposure. Consequently, the Regional Health Authority decided that all four were infectious and a health hazard, which required that they go into isolation. 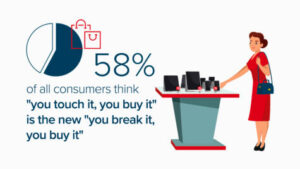 Shopping changed forever by COVID: 3 in 5 agree that ‘You touch it, you buy it’ should be new rule Americans are really missing how life was like before COVID-19. Even more than seeing our loved ones, a new survey finds most of the country just wants to go out to eat again. The OnePoll study of 2,000 Americans, commissioned by Capital One, examined just how much people are craving their pre-pandemic lives. The top things Americans are pining for include dining out at a restaurant (54%), hanging out with friends (44%), going to a movie (41%), and enjoying a “day out” (41%). Respondents even say they miss the service industry workers they regularly interacted with before quarantine. The average American says they miss five people they became friendly with on their trips to the store. Most of these employees are grocery store workers (39%), coffee shop baristas (33%), or waiters and waitresses (28%). Beyond chatting with old pals, two-thirds of respondents (69%) also miss window shopping and browsing stores for fun. Four in five don’t browse in stores at all since the start of COVID-19 and complete their trips as quickly as possible. 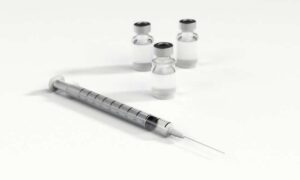 MMR vaccine could protect against COVID-19 The measles-mumps-rubella (MMR) vaccine has been theorized to provide protection against COVID-19. In a new study published in mBio, an open-access journal of the American Society for Microbiology, researchers provide further proof of this by showing that mumps IgG titers, or levels of IgG antibody, are inversely correlated with severity in recovered COVID-19 patients previously vaccinated with the MMR II vaccine produced by Merck. MMR II contains the Edmonston strain of measles, the Jeryl Lynn (B-level) strain of mumps, and the Wistar RA 27/3 strain of rubella. “We found a statistically significant inverse correlation between mumps titer levels and COVID-19 severity in people under age 42 who have had MMR II vaccinations,” said lead study author Jeffrey E. Gold, president of World Organization, in Watkinsville, Georgia. “This adds to other associations demonstrating that the MMR vaccine may be protective against COVID-19. It also may explain why children have a much lower COVID-19 case rate than adults, as well as a much lower death rate. The majority of children get their first MMR vaccination around 12 to 15 months of age and a second one from 4 to 6 years of age.” 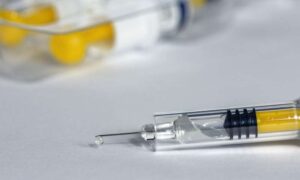 Ingredients in flu vaccine won’t hurt you—two pharmacists explain why Misunderstandings about flu vaccines have existed for decades, leading to vaccine mistrust and lower-than-ideal vaccination rates. Now that a coronavirus vaccine appears to be close, experts are concerned that the lack of trust and understanding about flu vaccines could translate into lower-than-optimal coronavirus vaccination rates. In fact, recent surveys suggest that many Americans would not get vaccinated for COVID-19; a Pew Research Center study released in September reported that nearly half definitely or probably would not. The persistence of anti-vaccine sentiment, partly based on mistrust of vaccine ingredients, is likely contributing to the hesitancy. The lack of trust is especially upsetting to public health officials, doctors and other scientists. The issue is especially irksome because a major reason for vaccine reluctance sprang from a debunked, retracted and outright false article. Even though the study was discredited a decade ago, undoing the damage has been difficult. The event showed how easy it is to disseminate incorrect information, particularly over the internet. 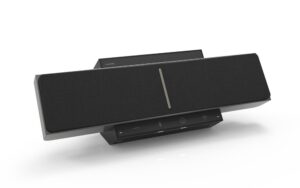 New device puts music in your head — no headphones required Imagine a world where you move around in your own personal sound bubble. You listen to your favorite tunes, play loud computer games, watch a movie or get navigation directions in your car — all without disturbing those around you. That’s the possibility presented by “sound beaming,” a new futuristic audio technology from Noveto Systems, an Israeli company. On Friday it will debut a desktop device that beams sound directly to a listener without the need for headphones. The company provided The Associated Press with an exclusive demo of the desktop prototype of its SoundBeamer 1.0 before its launch Friday. The listening sensation is straight out of a sci-fi movie. The 3-D sound is so close it feels like it’s inside your ears while also in front, above and behind them. Noveto expects the device will have plenty of practical uses, from allowing office workers to listen to music or conference calls without interrupting colleagues to letting someone play a game, movie or music without disturbing their significant others.