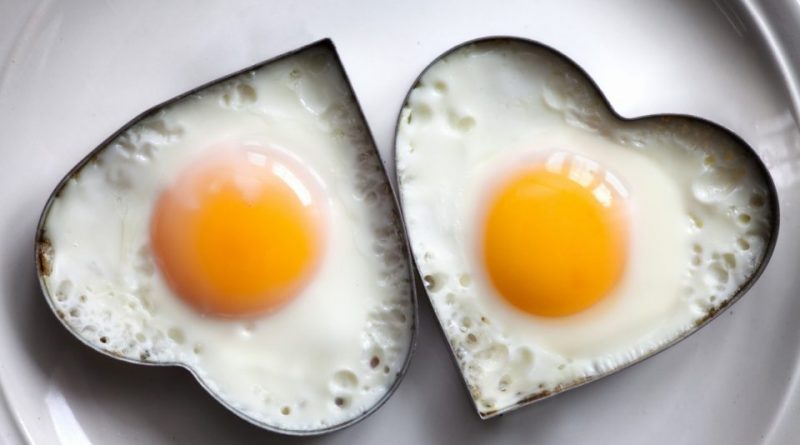 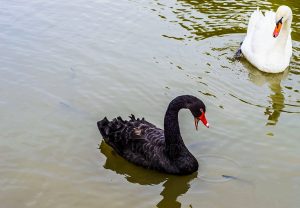 Big Pharma Cannot Explain Why People with Very High LDL Cholesterol Have No Cardiovascular Disease and Live Long Lives If your hypothesis is that all swans are white, the discovery of one black swan refutes your hypothesis. That is how science works. Or at least that is how science should work. In the real world, scientists are highly adept at explaining away contradictions to their favoured hypotheses. They will use phrases such as, it’s a paradox. Or, inform you that you didn’t measure the correct things or there are many other confounding factors – and suchlike. Anyway, accepting that the finding of someone with a very high LDL level, and no detectable atherosclerosis, will always be dismissed – in one way or another – I am still going to introduce you to a ‘case history’ of a seventy-two-year-old man with familial hypercholesterolaemia, who has been studied for many, many, years. Try as they might, the researchers have been unable to discover any evidence for cardiovascular disease (CVD) – of any sort.

Look Out For Flying Pigs! 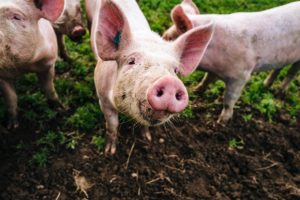 New pig virus similar to Sars and Mers could threaten humans A recently identified pig virus could pose a potentially lethal threat to human populations, research suggests. Lab tests show that porcine deltacoronavirus, first detected in China in 2012, readily jumps between the cells of different species including humans. The pathogen shows similarities to the deadly viruses responsible for Sars (severe acute respiratory syndrome) and Mers (Middle East respiratory syndrome) which together have claimed more than 1,000 lives. Professor Linda Saif, who took part in the US study at Ohio State University, said: ‘We’re very concerned about emerging coronaviruses and worry about the harm they can do to animals and their potential to jump to humans.’ When first identified in pigs in China, porcine deltacoronavirus was not associated with disease.

What Could It Possibly Be? 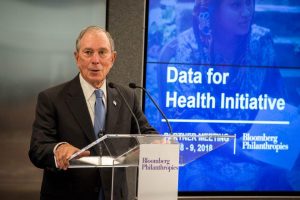 Mike Bloomberg Wants To Know Why More Than 29 Million Are Dying Each Year This year more than 29 million people will die without a known clear cause. While this may sound like a plot for an Avengers movie, it’s actually a real-life, real-world problem that billionaire philanthropist Mike Bloomberg wants fixed. As Bloomberg explained last week at the New York City headquarters for Bloomberg, LP, “half of all deaths worldwide have no associated death certificates that indicate the cause of death.” He described this as “a huge problem that results in a lot of preventable deaths and diseases because governments just don’t have the information that they need to target the causes.” In other words, as they say in many settings ranging from the financial world to the set of the Real Housewives, you can’t fix what you don’t understand. Bloomberg also mentioned a similar problem with births. There’s no official documentation of nearly 40% of the 128 million babies born each year worldwide. While the reason for births is usually pretty clear (if it isn’t for you, then you may need to re-take sex ed), this means that each year over 40 million infants are entering the world virtually invisible. The answer to the question “how does it feel to be a complete unknown” is not simply “like a rolling stone.” Being an “undocumented birth” means that you may not get the appropriate health care and other support necessary to survive and thrive. 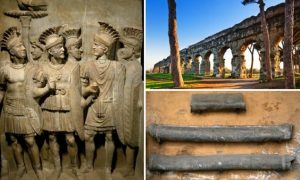 Lead Pollution Trapped in Greenland Ice Shows Rise and Fall of Ancient Societies The Romans left quite a legacy—their language is hidden in our words, their republic inspired the founders of modern governments, and the Greek architecture they adopted has shaped our own image of official buildings. Scientists have discovered a less savory inheritance: lead pollution encased in Greenland ice. The pollution was caused by the metal mining that served as the basis of the civilization’s economy. Air currents carried the pollution north, putting Roman economic history on ice, a new paper published in the journal Proceedings of the National Academy of Sciences details. The paper pegs the ancient lead pollution record more precisely than any previous study. “The idea that we have a record of economic activity that has an uncertainty of one or two years is a whole different ballgame,” first author Joseph McConnell, a hydrologist at the Desert Research Institute in Nevada, told Newsweek. 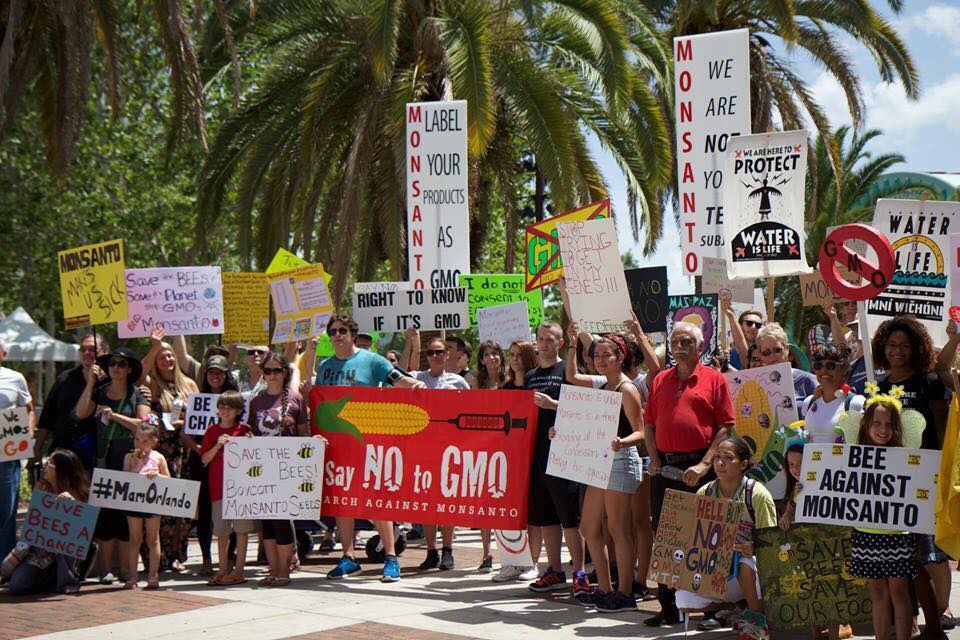 · Hosted by Millions Against Monsanto, Florida 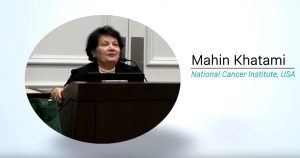 Medical Scientists Critique Failed Cancer Drugs and Vaccines – Cancer Research Focuses on Revenues, Not Cures Dr. MahinKhatami, PhD, is a retired professor and former program director at both the National Institutes of Health (NIH) and National Cancer Institute (NCI). She is a world-renowned cancer researcher and one of the first scientists to link cancer cells to inflammation.Dr. Khatami is also not afraid to criticize the “establishment” in regards to suppressing the truth regarding the integrity of scientific research, where much corruption exists:

The establishment tolerates no challenge or objection from competent and independent scientists.

Independent professional views are perceived as a ‘threat’ to the establishment, and professionals become subjected to heavy harassment, bullying, and unethical and criminal practices of retaliation and elimination.

This quote is from a December 2016 article by Professor Mahin Khatami, PhD, and published in the journal Clinical and Translational Medicine titled Safety concerns and hidden agenda behind HPV vaccines: another generation of drug-dependent society?  Professor Khatami’s thoroughly-investigated paper was posted on Health Impact News with commentary by editor/publisher Brian Shilhavy, who explains the extent of Khatami’s credentials. 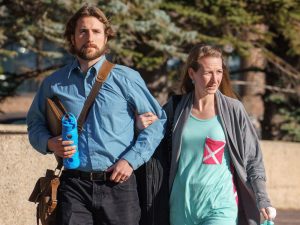 Supreme Court of Canada orders new trial for David and Collet Stephan The former Alberta couple convicted of failing to provide the necessaries of life after using homemade remedies to treat their infant son will be headed back to court. The Supreme Court of Canada overturned the 2016 conviction on Tuesday after about one hour of arguments from the Crown and counsel for David Stephan and his wife, Collet, found guilty of failing to provide the necessaries of life to 19-month-old Ezekiel. The Stephans’ defence told Canada’s highest court that contrary evidence from medical experts led the trial judge to issue a misleading charge and did not “give the jury the tools that they needed to decide this case properly.” 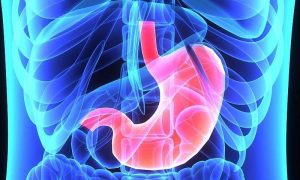 What makes up the American gut? Want a healthy gut? New research suggests you should eat plenty of fruits and veggies, avoid antibiotics and take care of your mental health. hese are the latest findings from The American Gut, part of an ongoing global project that has analyzed the bacterial makeup of the digestive tracts of more than 11,300 people so far. The project was launched in 2012 by three scientists from the University of California, San Diego’s School of Medicine. The goal is to shed new light on human microbiomes—the types and amounts of bacteria that reside in people’s guts—and how they are affected by diet, lifestyle and disease. “It’s really amazing that more than 10,000 people—members of the public who want to get involved in science whether or not they work in a lab or have a Ph.D.—have mailed their poop to our lab so that we can find out what makes a difference in somebody’s microbiome,” said project researcher Rob Knight. He directs the Center for Microbiome Innovation at UC San Diego. 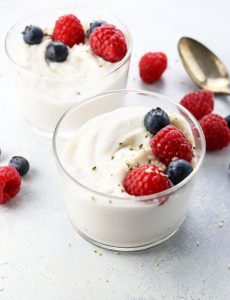 Eating Yogurt May Reduce Chronic Inflammation Risk: 5 More Amazing Anti-Inflammatory Foods Yogurt is a summer favourite that is relished as a dip, in smoothies, as dessert or simply eaten with fresh fruits during breakfast or as a mid-meal snack. The popular probiotic food is also a favoured snack among health freaks and its pro-digestive properties are well known. However, regular consumption of yogurt may do more than just keep your gut healthy and cool you down during summers. A new study has indicated that eating yogurt as an “appetizer” may cut risk of chronic inflammation, which in turn may reduce risk of diseases like bowel disease, arthritis and asthma as well as cardiometabolic diseases. The study that was published in the Journal of Nutrition said that yogurt can help reduce inflammation by improving the integrity of the intestinal lining. The research shows that yogurt is helpful in preventing the formation of endotoxins, which are molecules that produced by gut microbes and which are pro-inflammatory. Ruisong Pei, postdoctoral researcher at the University of Wisconsin-Madison in the US said, “Eating eight ounces of low-fat yogurt before a meal is a feasible strategy to improve post-meal metabolism and thus may help reduce the risk of cardiovascular and metabolic diseases.”