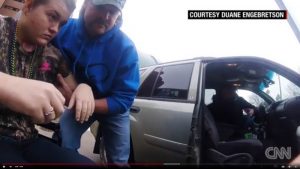 Escape from the Mayo Clinic: Parents break teen out of world-famous hospital One winter afternoon last year, Duane Engebretson sat in his stepdaughter’s hospital room at the Mayo Clinic in Rochester, Minnesota, trying to figure out how she could escape. Alyssa Gilderhus, 18 and a senior in high school, had been a patient at Mayo for about two months, ever since having a ruptured brain aneurysm on Christmas Day. Mayo neurosurgeons saved her life, but she and her parents were unhappy with the care she was receiving in the rehabilitation unit, and they say they repeatedly asked for her to be transferred.

But they say Mayo refused to let her transfer to another hospital, even after a lawyer wrote a letter asking Mayo to make the arrangements. Alyssa and her family began to suspect that Mayo was trying to get a guardian appointed to make medical decisions for her. They were right: Hospital staffers would later tell police that they had gone to two county adult protection agencies to make guardianship arrangements. 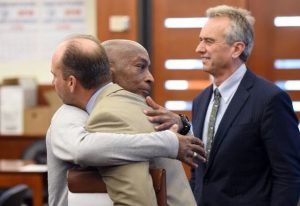 UNSETTLED SCIENCE: MONSANTO LOSES BIG IN LANDMARK ROUNDUP CANCER TRIAL Dewayne Johnson and his legal team have made history with the recent court decision handed down in San Francisco. Being dubbed ‘The verdict heard around the world,’ global headlines are buzzing as they break the news of the precedent-setting legal loss for agrochemical giant Monsanto. Found guilty on all counts, Monsanto has been ordered to pay $289M to Johnson who claimed exposure to the company’s glyphosate-based Roundup herbicide caused his cancer. Monsanto “acted with malice, oppression or fraud and should be punished for its conduct,” Judge Suzanne Ramos Bolanos announced in court. The jury found Monsanto failed to warn Johnson of the health hazards of exposure also ruling that they were responsible for “negligent failure” and knew or should have known that their product was “dangerous”. Johnson, a 46-years-old father, developed a severe form of non-Hodgkin’s lymphoma while working as a California school groundskeeper. His case was the frontrunner and bellwether for nearly 4,000 more plaintiffs who have claims pending against Monsanto and its herbicide product.

Stop Doing That Or You Will Go Blind….

Scientists claim Viagra could new miracle cure for BLINDNESS IT might be hard to believe, but erectile dysfunction medication Viagra could make the blind see again. Scientists claim the little blue pills could actively repair damaged eyes and stop further loss of vision. Tests by researchers at Colombia University in New York suggest the anti-impotence drug could halt age-related macular degeneration, or AMD. About 600,000 Brits are understood to have suffered loss of sight as a result of the condition, making it the UK’s leading cause of blindness. Five elderly patients with AMD took part in the US study. They were given two Viagra pills every a day for two years. The results showed the drug, which this year became available over the counter in Britain, stopped the condition in its tracks for four participants and significantly improved the eyesight of one. 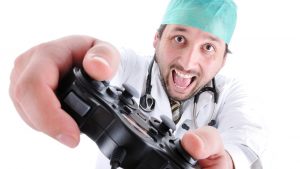 improve patient outcomes Game theory can be utilized to identify potential flaws in current cancer treatment approaches and suggest new strategies to improve outcomes in patients with metastatic cancer, according to a new article published online today by JAMA Oncology. The study, which is authored by a mathematician, an evolutionary biologist and clinical physicians from Moffitt Cancer Center and Maastricht University, challenges the decades old standard of treatment for metastatic cancers in which drugs are typically administered continuously at the maximum-tolerated dose (MTD) until the tumor progresses. The study shows that, by viewing cancer therapy as a game between the treating physician and the cancer cells, continuous administration of the same drug or drugs at MTD fails to exploit critical advantages possessed by the physician. Instead, the authors encourage oncologists to develop flexible strategic treatment plans. By exploiting his/her knowledge of the cancer’s evolutionary dynamics, the oncologist can continuously adjust drugs and doses to delay or prevent cancer progression caused by the evolution of resistance. With each adjustment, the oncologist updates information on the cancer’s response. 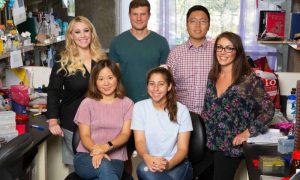 Scientists find that common dietary elements cure lethal infections, eliminating the need for antibiotics Antibiotic use is driving an epidemic of antibiotic resistance, as more susceptible bacteria are killed but more resilient strains live on and multiply with abandon. But if antibiotics aren’t the end-all solution for infectious disease, what is? Salk Institute researchers report that giving mice dietary iron supplements enabled them to survive a normally lethal bacterial infection and resulted in later generations of those bacteria being less virulent. The approach, which appears in the journal Cell on August 9, 2018, demonstrates in preclinical studies that non-antibiotic-based strategies—such as nutritional interventions—can shift the relationship between the patient and pathogensaway from antagonism and toward cooperation. “Antibiotics and antimicrobials are one of the most important advances in medicine, and we definitely need to continue efforts focused on developing new classes of antimicrobials,” says Associate Professor Janelle Ayres, who holds the Helen McLoraine Developmental Chair and is senior author of the new paper. “But we need to learn from history and think about other ways to treat infectious diseases. Our work suggests that instead of killing bacteria, if we promote the health of the host, we can tame the behavior of the bacteria so that they don’t cause disease, and we can actually drive the evolution of less dangerous strains. 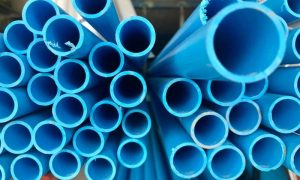 Obesity and diabetes—two reasons why we should be worried about the plastics that surround us Today, nearly 40 percent of U.S. adults and 21 percent of youth are obese. This trend is on the upswing and the worldwide population is becoming more obese – which is increasing the risk of other conditions like Type 2 diabetes and cardiovascular disease whose prevalence has doubled globally in the last 30 years. But you may be surprised to learn that it’s not just food that is making us fat. Experiments using animal models have shown that exposure to chemicals used in industry and found in plastics, preservatives, pesticides and flame retardants, just to name a few, may be important contributors to the growing number of metabolic disorders – including obesity. One of the research goals in my lab is to identify environmental chemicals that may contribute to these increased rates of metabolic diseases and to decipher the mechanisms through which they act. This line of work began with the unexpected discovery that a chemical (tributyltin, or TBT) we were studying for other reasons could activate a hormone receptor linked to the development of fat. We went on to show that TBT could make mice exposed during prenatal life fatter and that this trait could be transmitted to future generations.

Is it time to remove the cancer label from low-risk conditions? Over the past few decades, our understanding of cancer has changed. We now know some cancers don’t grow or grow so slowly that they’ll never cause medical problems. But the way we label disease can harm. The use of more medicalised labels, including cancer, can increase levels of anxiety and the desire for more invasive treatments. Given this growing evidence, my colleagues and I argue in The BMJtoday that it may be time to stop telling people with very low-risk conditions that they have “cancer” if they’re unlikely to be harmed by it. Cancer screening for people who have no symptoms and the use of increasingly sensitive technologies can lead to overdiagnosis – a diagnosis that causes more harm than good. Overdiagnosis is most common in breast, prostate and thyroid cancer. Thyroid cancer diagnoses, for example, have dramatically increased in developing countries. This has mainly been driven by an increase in the detection of papillary thyroid cancers. These are a sub-type of thyroid cancer which are often small (less than 2cm in size) and slow-growing. But death rates from thyroid cancer remain largely unchanged. And tumour growth and spread in patients with small papillary thyroid cancer who choose surgery are similar to those who just monitor their condition.

I know two children currently in the hospital that were bitten by a mosquito that was infected with la crosse encephalitis . They are currently on morphine and antibiotics. What can I do to help??
Thanks!