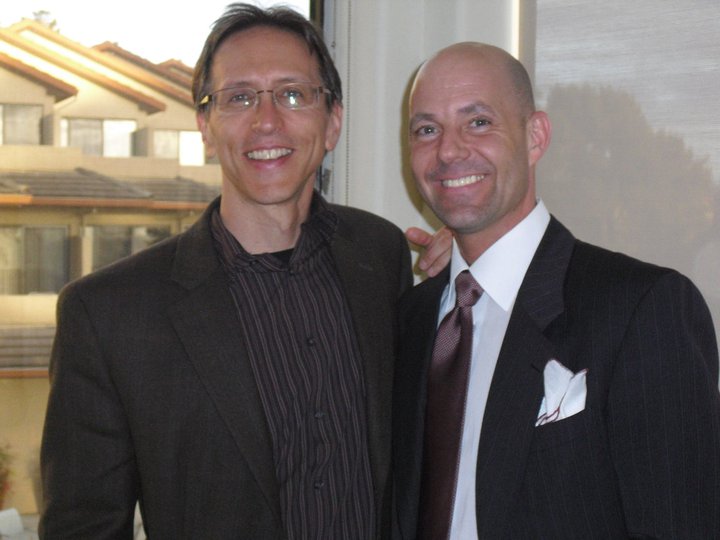 Flu shot is only 36% effective this season, the worst in a decade The flu vaccine is doing a poor 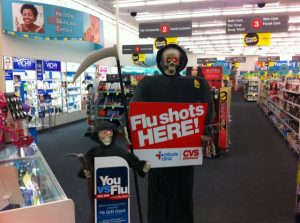 job protecting older Americans and others against the bug that’s causing most illnesses.Preliminary figures released Thursday suggest the vaccine is 36 percent effective overall in preventing flu illness severe enough to send a patient to the doctor’s office. There’s only been one other time in the last decade when the flu vaccine did a worse job. 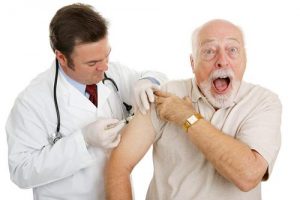 The Flu Vaccine Is Working Better Than Expected, C.D.C. Finds The flu vaccine is more effective than expected, federal health officials said on Thursday at a special news conference held to discuss the dangerous flu season, which is expected to kill more than 50,000 Americans. This year’s vaccine is about 25 percent effective against the H3N2 strain of flu that is causing most illnesses and deaths, said Dr. Anne Schuchat, acting director of the Centers for Disease Control and Prevention. In a bigger surprise, the vaccine is about 51 percent effective in children, according to the C.D.C.’s preliminary analysis. 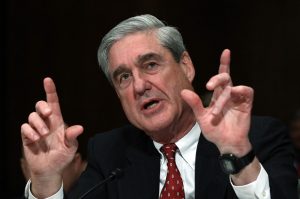 13 Russian nationals and three Russian entities for alleged illegal interference in the 2016 presidential elections, during which they strongly supported the candidacy of Donald Trump, special counsel Robert Mueller‘s office said Friday.The indictment says that a Russian organization called the Internet Research Agency sought to wage “information warfare” against the United States and to “sow discord” in the American political system by using fictitious American personas and social media platforms and other Internet-based media. 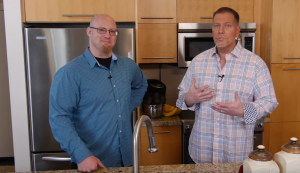 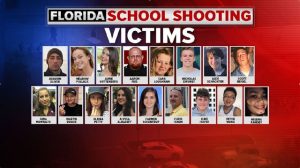 the last few generations, resulting in senseless shootings, including this week’s tragedy at a school in South Florida. RSB and Doc Nuzum will discuss the real causes of violence from a nutritional perspective not heard anywhere else. What is the role of psychiatric drugs in removing the governor of behavior that would normally prevent a person from committing such heinous crimes? What is in a 20mg or 40mg Zoloft dose? We’ll discuss the role of FDA approved pharmaceutical drugs as well.

How might vaccines and antibiotics impact the brain and behavioral functions of these kids and young adults? Speaking of antimicrobial drugs, there are reports of a new soil based antibiotic that promises to solve the crisis of resistant bacterial, like MRSA. 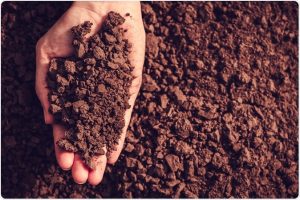 new class of antibiotics from soil. This novel antibiotic, called malacidin, is hailed as the next big thing because of its ability to work against many of the multidrug-resistant bacterial strains. The team of researchers noted that this antibiotic broke down the cell walls of methicillin-resistant Staphylococcus aureus (MRSA) in the skin infections caused by MRSA in the rodents. The clearing up of the infection was noted within a day of use. The report of the study appeared in the latest issue of the journal Nature Microbiology.

Malacidin successfully killed gram-positive bacteria in the presence of calcium. Brady called this new antibiotic “promising” and with good reason. At present the team is working towards making synthetic versions of Malacidin or finding its analogs in nature for mass production. 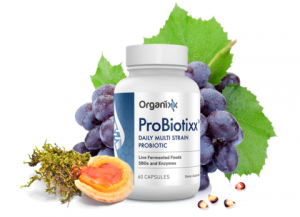 How arrogant is medical man? Whenever allopathic doctors find something great in nature, their
immediate response is to find a way to synthesize it, patent it and then monopolize the antimicrobial market with it, to the exclusion of the natural substances from which it was derived. Doc Nuzum reveals how to address these threats by restoring the microbiome, rather than destroying it with antibiotics. Have you tried Organixx Probiotixx yet? There’s more to probiotics than bacteria. Don’t forget the fulvic acid and humic acid too!

A Word To The Wise…. 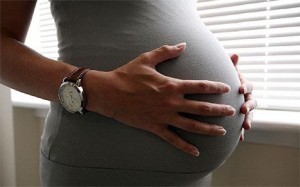 15 Things Not To Say To A Pregnant Woman Why is it that so many people forget their manners around pregnant women? There you are, just trying to have a polite bit of small talk when all of a sudden, the person you’re talking to opens mouth, inserts foot. Whether it’s a well-meaning coworker or that busy-body from church, their remarks can really sting, no matter how good their intentions may have been. This is especially true when you’re a sensitive, hormone-addled mom-to-be!

Each time Stuart joins RSB on the radio, CBD class is in session! Do you have migraines? Are you tired of

taking toxic OTC and prescription medicine to mitigate them? We’ll share some real-life healing stories that will open you up to options that you did not know you had. There are entities and agencies that do not want you to know the information we will reveal this hour on the show. The battle for freedom is very real and we will not sit idly by while institutions claiming to protect our health are actually protecting drugs that harm it. We shall endeavor to decentralize control of healing information and free it up so it is readily available to all those who are ready to take back the power to heal!

There is great news from the latest issue of ConsumerLab.com where they analyzed many different brands of CBD currently available in health food stores! What did they reveal about Plus CBD Oil? We’ll discuss the role of complementary cannabinoids, as well as practical factors like cost per dose. Why doesn’t every brand list the CBD per dose? Plus there is an extraordinary new article from Vitamin Retailer magazine that covers just about everything we like to relate about CBD in very comprehensive, yet simple language. Get ready to be up to date on the breadth of CBD heading into the weekend! Did you know that CBD can counteract Cannabis Use Disorder (CUD)?

We’ll even answer at Question of the Day regarding an 87 year old with arthritis. Could hemp-derived CBD help? Perhaps the raw CBD-A? 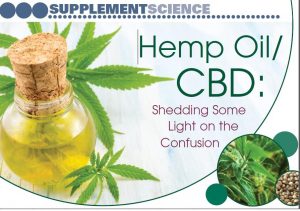 Hemp Oil/CBD: Shedding Some Light on the Confusion There are few nutraceuticals that have generated such confusion as hemp oil/CBD (cannabidiol). There are two major sources for that confusion. The first is the plethora of claims being made about the health benefits of hemp oil/CBD. Which of the claims actually have any supportive research substantiation them? The second, and even murkier, source of confusion is the actual regulatory status of hemp oil/CBD. In this article, I will attempt to provide evidence that, hopefully, will shed some light on the
confusion. Let’s start with a little background.

My mom is 87 and has arthritis really bad in both knees but will not have surgery at this age. I have been on the Plus CBD oil myself and wonder if this might be something that could giver her a better quality of life. She loves to get out and do things but is really limited. It seems like we have tried everything, but this. I’d appreciate any help or ideas to help her. She is on some meds, but not alot. One of them is Eliquis.