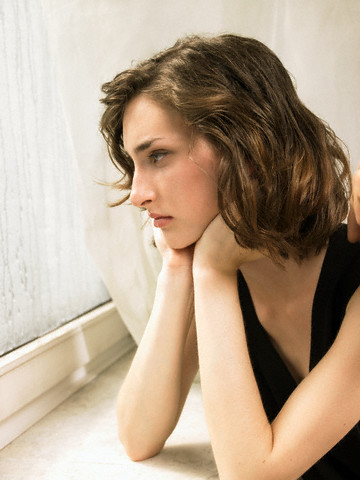 Many people try to treat their depression by taking drugs and burrowing away by themselves, says Dr. Steve Ilardi, a clinical psychologist. But he believes this is the wrong approach. Ilardi suggests that people ditch the drugs and change their lifestyles, instead.

According to the U.K. Guardian, roughly 20 percent of the British population suffers from depression. In the U.S., that number is around ten percent. But rather than remain in isolation until it “goes away”, which is what most people with depression naturally try to do, Illardi recommends that people get more human contact and engage in more physical and mental activity.

Illardi has a six-step approach to treating depression that involves engaging in meaningful activity, exercising regularly, eating foods rich in omega-3 fatty acids, getting plenty of sunlight and getting good quality sleep. If people follow these steps, they will lead much happier and more productive lives than if they take anti-depression drugs and remain in solitude, he says.

His plan also intentionally eliminates anti-depression drugs because, according to him, they do not work.

“Meds have only around a 50 percent success rate. Moreover, of the people who do improve, half experience a relapse. This lowers the recovery rate to only 25 percent. To make matters worse, the side effects often include emotional numbing, sexual dysfunction and weight gain,” he explains.

A clinical trial of Illardi’s program currently taking place at the University of Kansas is already confirming that Illardi’s lifestyle plan does, indeed, work as he claims. And since there are no drugs involved, there are no negative side effects. A person’s overall health can only improve by making these changes.

“For clinical depression, all you need to do is get outstanding nutrition by avoiding processed foods, get plenty of phytonutrients in your body, consume healthy oils on a regular basis and get lots of sunlight,” explains Mike Adams, the Health Ranger, in his book The Seven Laws of Nutrition.

Illardi also believes that a primary cause of depression is actually not doing many of the things in his program to begin with. People just do not get enough exercise, they do not eat right and they do not engage enough with other people. He believes these are some of the reasons why the depression rate has doubled in the U.K. over the past 30 years.