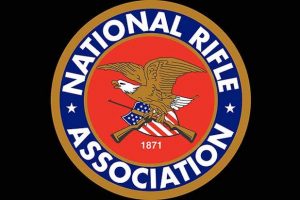 NRA draws fire after saying doctors should ‘stay in their lane’ Two signs of the times: another mass shooting and more Twitter outrage. This time, though, the barbs over social media came from the medical community in response to a tweet from the National Rifle Association. The piling-on began after the NRA tweeted on Wednesday a link to an article from its Institute of Legislative Action. The article, titled “Surprise: Physician Group Rehashes Same Tired Gun Control Policies,” was promoted with these words: “Someone should tell self-important anti-gun doctors to stay in their lane. Half of the articles in Annals of Internal Medicine are pushing for gun control. Most upsetting, however, the medical community seems to have consulted NO ONE but themselves.” The tweet went out hours before a gunman walked into the Borderline Bar & Grill in Thousand Oaks, California, and killed at least 12 people before turning his gun on himself.

Lack Of Sleep Side Effects 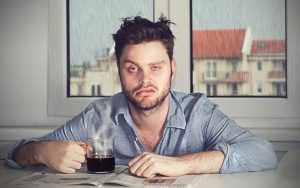 This Surprising Side Effect of Too Little Sleep Could Make You Feel Even Worse the Next Day It’s totally normal to feel crappy after a night of tossing and turning or staying up too late. But new research suggests that there may be more than just sleep deprivation to blame: You may also be dehydrated, researchers say, and drinking more water may help you feel better. The study, published this week in the journal Sleep, found that people who reported regularly sleeping just six hours a night were 16 to 59% more likely to be “inadequately hydrated” (based on analyses of their urine samples) than those who said they normally slept eight. Both United States and Chinese adults participated in the research—about 25,000 people in all—and the results were consistent across both populations. That doesn’t mean that people who sleep less also drink less; in fact, the study authors actually controlled for total fluid consumption among some of the participants. They found that even when people reported drinking the same amount, those who slept less were more likely to have more concentrated urine and other signs of dehydration. 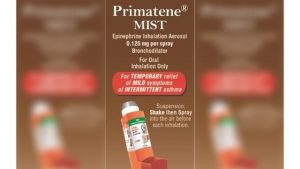 FDA approves return of popular Primatene Mist asthma inhaler A new version of the once-popular asthma inhaler Primatene Mist will soon return to U.S. stores. The Food and Drug Administration approved the over-the-counter aerosol inhaler late Wednesday. It’s for temporary relief of mild, intermittent asthma symptoms in people ages 12 and up. The original Primatene Mist was discontinued seven years ago because the inhaler’s ozone-depleting propellant had been banned. That version had been marketed for half a century, including in memorable TV ads. The new product developed by Amphastar Pharmaceuticals uses a safer propellant. The inhaler will cost about $25 and contain 160 doses. It should be available by the end of the year. “Rescue inhalers” are meant to quickly relieve asthma symptoms such as wheezing, coughing, shortness of breath and chest tightness, which can be triggered by pollen, mold, dust mites, pet dander, stress or exercising in the cold. 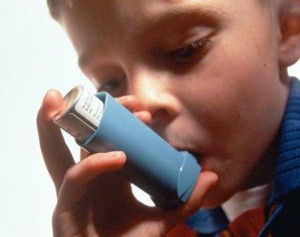 Body’s cellular ‘recycling system’ implicated in chronic asthma Current asthma treatments are quite effective in reducing patient symptoms in the short term however the structural changes in an asthmatic’s airways, caused by persistent and chronic inflammation, is difficult to reverse. A new study has discovered that when one of the body’s crucial regulatory systems, known as autophagy, is activated in asthmatic lungs, changes take place that progress the severity of the disease. The changes are believed to “remodel” the lungs with excessive muscle mass and greater amounts of extracellular proteins such as collagen contributing to persistent breathlessness, acute asthma attacks and loss of lung function. The authors of the study, published in the American Journal of Respiratory and Cell Molecular Biology, say that autophagy is selectively enhanced in asthma patients and that this insight means treatments that target the autophagy pathway could alleviate airway remodelling in asthma. Dr. Pawan Sharma, the lead investigator of the research says that the process of autophagy is often referred to as “nature’s inner-recycling mechanism that is vital to maintain normal tissue homeostasis.” 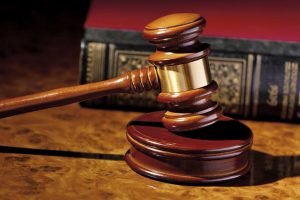 After losing seat to Democrat, Texas judge frees most juvenile defendants, skips court A Texas judge ousted in Tuesday’s midterm elections spent Wednesday morning releasing nearly all of the juvenile defendants who came before him — and didn’t show up to court Thursday. Harris County Juvenile Court Judge Glenn Devlin lost his re-election bid to Natalia Oakes as Democrats swept the county’s juvenile judicial offices. “He was releasing everybody,” public defender Steven Halpert told theHouston Chronicle. “Apparently he was saying that’s what the voters wanted.” Devlin asked each of the defendants he saw whether they planned to kill anyone upon their release, the Chronicle reported, then released them until a rescheduled Jan. 4 court date — the day Oakes takes over the 313th District Court. “This could endanger the public,” Harris County District Attorney Kim Ogg said in a written statement. “We oppose the wholesale release of violent offenders at any age.”

Morley joins us to talk about – The thyroid’s connection to Copper, the failure of at least 12 Copper-Dependent Enzymes causing Alzheimer’s and Heart Disease <> Periodontal Disease <> Osteoporosis are the SAME breakdown in the body!

This Guy May Have A Valid Argument 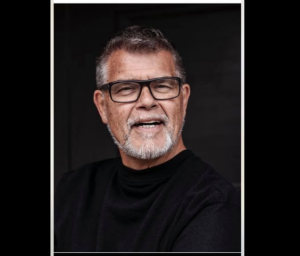 Dutch man, 69, who ‘identifies as 20 years younger’ launches legal battle to change age A pensioner has begun a legal battle to be recognised as being 20 years younger than his actual age so he can go back to work and achieve greater success with women on Tinder. Emile Ratelband, 69, argues that if transgender people are allowed to change sex, he should be allowed to change his date of birth because doctors said he has the body of a 45-year-old. The entrepreneur and self-help guru is suing his local authority after they refused the amend his age on official documents. Mr Ratelband’s case has now gone to a court in the city of Arnhem in the eastern Dutch province of Gelderland. The case has caused controversy in his homeland, with the Dutch edition of Vice, a news website, asking, “Is Emile Ratelband disturbed or accidentally extremely woke?” Mr Ratelband was born on 11th March 1949, but says he feels at least 20 years younger and wants to change his birth date to 11th March 1969. Mr Ratelband said: “I have done a check-up and what does it show? My biological age is 45 years. “When I’m 69, I am limited. If I’m 49, then I can buy a new house, drive a different car. I can take up more work. “When I’m on Tinder and it say I’m 69, I don’t get an answer. When I’m 49, with the face I have, I will be in a luxurious position.