California lawmakers OK vaccine limits; Newsom seeks changes California lawmakers sent Gov. Gavin Newsom a measure designed to crack down on doctors who sell fraudulent medical exemptions for vaccinations on Wednesday, even as Newsom sought last-minute changes to one of the year’s most contentious bills. Democratic Sen. Richard Pan of Sacramento said that Newsom didn’t speak to him before announcing he wanted changes late Tuesday, though he said there had been preliminary discussions in recent weeks. Newsom previously promised to sign the bill that senators approved on a 28-11 vote, Pan noted pointedly. But Pan said he’s willing to talk to Newsom about other changes before lawmakers adjourn next week, though he didn’t commit to supporting what Newsom has laid out. The measure headed to Newsom’s desk would allow state public health officials to investigate doctors who grant more than five medical exemptions in a year and schools with vaccination rates of less than 95%.

Trump Admin Is Considering Using Amazon Echo And Apple Watch To Determine If Citizens Should Own A Gun The Trump administration is considering a proposal that would use Google, Amazon and Apple to collect data on users who exhibit characteristics of mental illness that could lead to violent behavior, The Washington Post reported Thursday. The proposal is part of an initiative to create a Health Advanced Research Projects Agency (HARPA), which would be located inside the Health and Human Services Department, the report notes, citing sources inside the administration. The new agency would have a separate budget and the president would be responsible for appointing its director. HARPA would take after Defense Advanced Research Projects Agency, or DARPA, which serves as the research arm for the Pentagon. The idea was first crafted in 2017 but has since gotten a renewed push after mass shootings killed 31 people in El Paso, Texas, and Dayton, Ohio, in August. 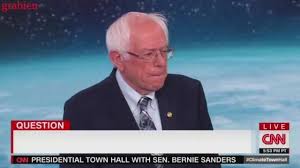 DEMS AT CLIMATE FORUM: BAN EVERYTHING! Democrats appearing at CNN’s marathon 7-hour global warming forum have a plan to solve a changing climate: Ban everything! Over the course of the television extravaganza, Democrats’ leading 2020 presidential candidates floated a variety of proposals to cut Americans’ energy use and, ostensibly, to stop the climate from changing. Among them: Bans on plastic straws, red meat, incandescent lightbulbs, gas-powered cars, nuclear energy, off-shore drilling, fracking, natural gas exports, coal plants, and even “carbon” itself. Sen. Kamala Harris (D-Calif.), asked if she supports banning fracking, said “of course.” “There’s no question I’m in favor of banning fracking, so yes. And starting — and starting with what we can do on day one around public lands, right? And then there has to be legislation, but yes — and this is something I’ve taken on in California. I have a history of working on this issue. And to your point, we have to just acknowledge that the residual impact of fracking is enormous in terms of the impact on the health and safety of communities.” When she was asked if she’d ban plastic straws, she also answered affirmatively: “I think we should, yes. I’m going to be honest.” 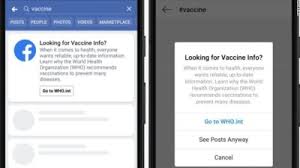 Facebook debuts vaccine pop-up windows to stop the spread of misinformation A new feature is rolling out on Facebook and Instagram to combat the spread of anti-vaccine misinformation. Facebook, which owns Instagram, announced on Wednesday that educational pop-up windows will appear on the social media platforms when a user searches for vaccine-related content, visits vaccine-related Facebook groups and pages, or taps a vaccine-related hashtag on Instagram. If the user is based in the United States, the pop-up window will connect the user to the US Centers for Disease Control and Prevention for credible information on vaccines. If the user is outside of the United States, it will connect them to the World Health Organization. 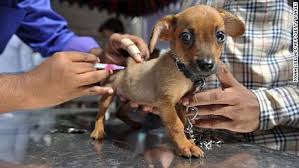 Vets fear anti-vax pet owners are putting their animals’ health at risk More pet owners are failing to vaccinate their animals, new figures show, and a UK animal charity is describing the growing problem as a “ticking time bomb” for pets. Millions of animals are being left unprotected and vulnerable to potentially fatal diseases such as cat flu, rabbit viral hemorrhagic disease and parvovirus, according to the charity PDSA, with vets fearing that the anti-vax phenomenon is spreading to animals. The number of domestic animals protected has seen a dramatic decline in recent years, according to the 2019 PDSA Animal Wellbeing (PAW) Report. The survey of 5,036 dog, cat and rabbit owners in Britain found that only two thirds (66%) of pets received their primary vaccinations when young, compared with 84% in 2016. Furthermore, the report also revealed that about a third of pets (32%) are not getting their regular boosters, which ensure longer-term protection. 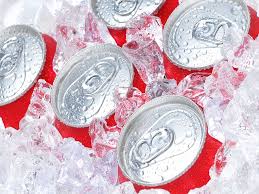 Drop the Pop: Soda Tied to Higher Risk of Early Death Whether you call it soda, pop or a soft drink, a new study’s findings suggest it would be better for your health to drink water instead. The large European study found that people who have more than two sodas a day — with or without sugar — had a higher risk of dying over about 16 years than people who sipped the fizzy beverages less than once a month. “We found that higher soft drink intake was associated with a greater risk of death from any cause regardless of whether sugar-sweetened or artificially sweetened drinks were consumed,” said study senior author Neil Murphy. He’s a scientist with the International Agency for Research on Cancer in Lyon, France. “Our results for sugar-sweetened soft drinks provide further support to limit consumption and to replace them with healthier beverages, preferably water,” Murphy said.