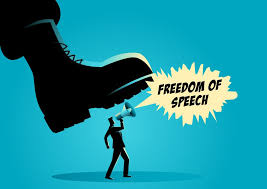 80% don’t actually know what the First Amendment really protects. Those polled believed this statement is true: “The First Amendment allows anyone to say their opinion no matter what, and they are protected by law from any consequences of saying those thoughts or opinions.” 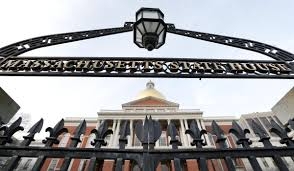 Boston mulls banning b-word after woman cries of hurt feelings A Democrat serving Boston, state Rep. Dan Hunt, has successfully pushed forward for vote a bill, House No. 3719, aimed at banning use of the b-word (rhymes with ditch, hitch and — Happy Halloween to the kiddies — witch). Well now, at the risk of leading the city of the original freedom fighting tea partier down another path of censorship — holy sh—. (Rhymes with twit.) Ain’t that a new twist on freedom of speech. The ban, it should be noted, wouldn’t affect those who use the word in loving context, as in a guy introducing his new gal pal to his group, “Hey, meet my new b—.” Nope; the ban only applies when the word’s about to be slung to demean. “A person who uses the word ‘bitch’ directed at another person to accost, annoy, degrade or demean the other person shall be considered a disorderly person, in violation of this section, and shall be subject to … penalties, ” the pertinent section of the proposed amendment to Section 53 of Chapter 272 of existing General Laws states. 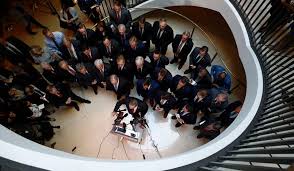 House Republicans storm secure room, demand access to impeachment inquiry proceedings House Republicans on Wednesday stormed the secure room where lawmakers have been conducting the impeachment probe against President Trump, upending a scheduled deposition as they demanded fairness from the Democrats running the show. The move enraged Democrats, who said as part of their protest the Republican lawmakers carried electronics into the secure area, creating a potential security lapse. They demanded the 30 or so Republican protesters face ethics charges. GOP lawmakers brushed those complaints aside, saying the hearing they disrupted, involving Defense Department official Laura Cooper, was not classified, and saying Democrats have broken the rules of fairness by shutting them out of the impeachment process. “House Democrats are bypassing constitutional norms and basic standards of due process with their impeachment obsession,” said Rep. Mark Walker, North Carolina Republican. “The president is not above justice. But, as you know, neither is he below it.” 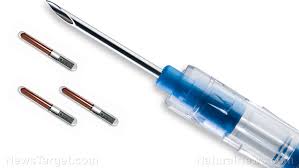 Vaccines now being used to harvest biometric identities of everyone; Big Brother merges with Big Pharma It’s all happening, just as we predicted. Big Pharma is officially partnering with the tech industry to pair “immunization” with digital biometrics, meaning humans will soon be microchipped, tracked, and ultimately controlled through a global identification matrix. The ID2020 Alliance, as it’s being called, is a digital identity program that aims to “leverage immunization” as a means of inserting tiny microchips into people’s bodies. In collaboration with the Global Alliance for Vaccines and Immunizations, also known as GAVI, the government of Bangladesh and various other “partners in government, academia, and humanitarian relief,” the ID2020 Alliance hopes to usher in this mark of the beast as a way to keep tabs on every human being living on Earth. Similar to how cattle are marked with ear tags, this globalist alliance wants all humans to be “vaccinated” with digital tracking chips that will create a seamless monitoring system for the New World Order to manage the populations of the world with ease. 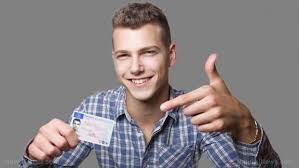 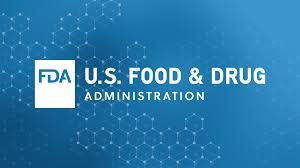 Statement on the agency’s efforts to protect patients from potentially harmful drugs sold as homeopathic products The U.S. Food and Drug Administration (FDA) recognizes that consumers may use various types of unapproved drugs, such as homeopathic drug products, to treat or relieve different diseases and conditions. These products are often marketed as natural alternatives to approved prescription and nonprescription products and are widely available in the marketplace. Homeopathic products, however, are marketed without FDA review and may not meet modern standards for safety, effectiveness, quality and labeling. FDA uses a risk-based approach to monitor these products and to evaluate reports of adverse effects.  Homeopathy is an alternative medical practice developed in the late 1700s that is based on the principle that a substance that causes symptoms in a healthy person can be used in diluted form to treat symptoms and illnesses, also known as “like cures like.” Homeopathic drug products are made from a wide range of substances, including ingredients derived from plants, healthy or diseased animal or human sources, minerals and chemicals, including known poisons.