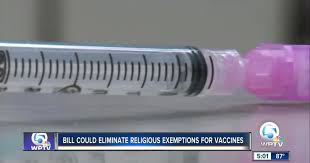 Florida bill targets religious exemptions for vaccinations  A bill to end religious exemptions for childhood vaccinations is now being introduced in Florida. State Sen. Lauren Book of Broward County is behind the measure. A spokesperson for Book says support for the bill, SB 64 , is coming from religious leaders who are worried about old diseases that are emerging again. “Of the world’s major religions, none forbid vaccinations,” says Rabbi Dr. David Shabtai of Boca Raton. “Even if there are some out there who believe that their religious beliefs prohibit vaccinations, protecting their religious liberties cannot come at the expense of putting everybody else’s children in danger.” However, not all parents support the bill. Ann Margo Cannon is a mother who wants parents to have a say in whether their children receive vaccinations. 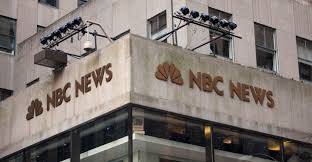 NBC News Asks Americans To Confess Their Climate Change Sins NBC News is asking Americans to confess their climate change sins, though at least some people have taken the opportunity to troll the news company. “Even those who care deeply about the planet’s future can slip up now and then. Tell us: Where do you fall short in preventing climate change?” reads the introduction to NBC’s “Climate Confessions” project. Many of the responses appear to take the project seriously.  One person confessed taking flights to see their son across the country. “I fly to see my son on the west coast. I live on the east,” reads the confession. “I drive to work even though the bus is almost as fast. I often feel I have good excuses,” another person confessed. “I wish I had been born a vegan and then maybe it would be easier. I can’t seem to give up meat,” another confession stated. 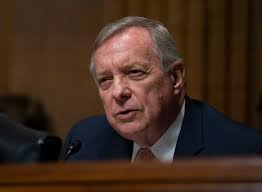 Dick Durbin to fellow Democrats: Enough impeachment already Sen. Dick Durbin, speaking about the impeach, impeach, impeach mentality of his fellow Democrats, said it’s high time his fellow Democrats stepped away from the impeach, impeach, impeach mentality. Finally. A Democrat who can see the 2020 writing on the wall. “We’ve got to get beyond this ‘impeachment is the answer to every problem,’” Durbin said, Politico reported. “It’s not realistic. If that’s how we are identified in Congress, as the impeachment Congress, we run the risk that people will feel we’re ignoring the issues that means a lot to them as families.” Umm — that’s ‘cause they are. Since Trump Won the White House days, the Democrats in office have done nothing but call for his impeachment. First Russia collusion. Then Russia obstruction. Then Sharpie-gate. Then Supreme Court Justice Brett Kavanaugh. Now Rep. Jerry Nadler and his House Judiciary Committee inquiry into the inquiring of the possibility of impeachment, or something like that. Even Nadler admits that it’s bogus. 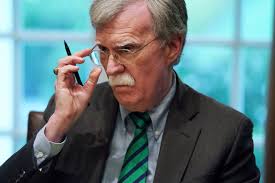 Bolton unloads on Trump’s foreign policy behind closed doors John Bolton, President Donald Trump’s fired national security adviser, harshly criticized Trump’s foreign policy on Wednesday at a private lunch, saying that inviting the Taliban to Camp David sent a “terrible signal” and that it was “disrespectful” to the victims of 9/11 because the Taliban had harbored al Qaeda. Bolton also said that any negotiations with North Korea and Iran were “doomed to failure,” according to two attendees. All the North Koreans and Iranians want to do is negotiate for relief from sanctions to support their economies, said Bolton, who was speaking before guests invited by the Gatestone Institute, a conservative think tank. “He ripped Trump, without using his name, several times,” said one attendee. Bolton didn’t immediately respond to a request for comment. Bolton also said more than once that Trump’s failure to respond to the Iranian attack on an American drone earlier this summer set the stage for the Islamic Republic’s aggression in recent months. 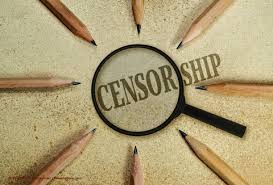 Censorship: Time to Fight Back No matter what camp you’re in when it comes to vaccines, informed consent, and other matters of health regulation, you’re probably aware that censorship is plaguing social media — and households — around the world. Its pervasiveness knows no bounds. Why can’t we talk about the documented risks of vaccines? Why can’t we discuss the court documents that surfaced last summer revealing the Department of Health and Human Services hasn’t done a single study on vaccine safety in the last 32 years, despite having been required by the Vaccine Injury Act of 1986?  Why are news pieces that question vaccine safety being shut down every day like a bad Lance Simmens post-Vaxxed reboot? Journalists no longer report the news; they spin it. Are we really free, or are we beholden to whoever has the most money? Don’t get me wrong, I’m a fan of capitalism in our economy.  But I’m not a supporter of ‘mean girling’ to get to the top. Instead of making a strong case for vaccines, Big Pharma has been using politics, slinging mud at free speech and rights to choose. Those who question vaccine safety have been shut down and have no opportunity to voice their very scientific concerns. Come on Pharma, let’s put our best and brightest on television to go toe-to-toe with your best. Bring it on! 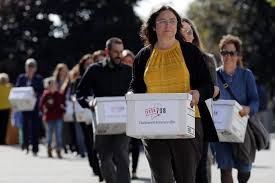 Vaccine bill passed by lawmakers likely headed for statewide vote An anti-vaccine group says it submitted more than 77,000 valid petition signatures to the Secretary of State’s Office on Wednesday, surpassing the threshold needed to place a “people’s veto” of a new vaccine law on the March ballot. The Secretary of State’s Office will review the petitions over the next 30 days to verify that Mainers for Health and Parental Rights, which circulated the people’s veto petitions, has the signatures of at least 63,054 registered voters, the number needed to get on the ballot. Three other attempts to get a people’s veto on the ballot to overturn recent measures failed to gain the necessary number of signatures, campaign organizers said.  One sought to upend the “death with dignity” law that allows doctors to prescribe life-ending medications for terminally ill people, another requires Medicaid and most insurance companies to cover abortion services, and the third prohibits the practice of conversion therapy on minors by licensed medical and mental health professionals. 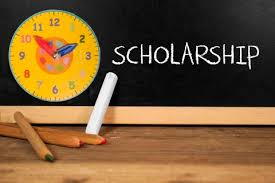 MVI Boot Camp Scholarship Opportunity The Fall 2019 Mastering Vaccine Info Boot Camp Course is the fourth training we have offered over the last 2 years. We’ve had hundreds of students enroll from more than 23 countries! Our Courses4Mastery.com business is steadily growing and we’ve recently been able to hire a few additions for our team! But we realize that personal circumstances, international exchange rates, and currency fluctuations can make the $595USD enrollment fee out of reach for many who would really benefit from participating in our course and would be excited about being part of our community. So, this year, in addition to the 5 FREE enrollments for to be drawn randomly from taking our quizzes, we’re offering 5 scholarship at a 50% reduced rate of $297!

I just wanted to take a quick second to thank you both for all you do. This show has been so educational for me. I am a 24 yr old girl who just graduated with my Holistic Nutrition Consultant certification, and listening to your show has helped me to continue to learn alternative medicine. I also love learning about government and liberty and despite looking naive, I am so thankful to have freedom debates to listen to, which has built my critical thinking skills! ( This is sadly missing among my age group) I have dealt with many digestive issues including food allergies and am happy to say the silver aloe protocol was finally something I have seen noticable healing from! My boyfriend and I love listening to your show as well as his 3 daughters. You’ll find our counters filled with sovereign silver, Alta silica and selenium. Also my bf gets mad at me if I forget to drink my cangest tea. Anyway…just wanted to say thanks. You’re one of the highlights of my day, and are a true witnesses of success-speaking up for what you believe in. Much thanks to you guys! -Aubree 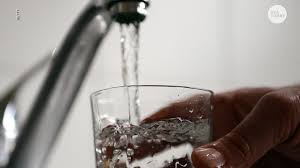 Can you get cancer from tap water? New study says even ‘safe’ drinking water poses risk A new report from an environmental advocacy watchdog group cautions that carcinogenic products in tap water may altogether increase cancer risk for thousands of U.S. residents over a lifetime. In a peer-reviewed study published in the journal Heliyon Thursday, the Environmental Working Group (EWG) found that 22 carcinogens commonly found in tap water — including arsenic, byproducts of water disinfectants and radionuclides such as uranium and radium — could cumulatively result in over 100,000 cancer cases over the span of a lifetime. Although most tap water meets legal standards set by the federal government, EWG researchers found that contaminates present in tap water create a measurable risk for cancer. “The vast majority of community water systems meet legal standards,” said Olga Naidenko, the vice president for science investigations at EWG, in a statement. “Yet the latest research shows that contaminants present in the water at those concentrations — perfectly legal — can still harm human health.”