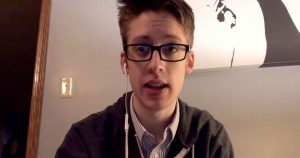 This teen defied his mom and got vaccinated. This week, he’ll testify to Congress about need for vaccines Ethan Lindenberger will testify Tuesday in front of a Senate committee on preventable disease outbreaks and the misinformation that causes them. But it was just a couple months ago that he hadn’t had a single vaccination. His mother wouldn’t allow it. “I grew up in an [anti-vaccination] household. My mom didn’t believe that vaccines were beneficial to the health and safety of society and believes that they cause autism, brain damage and other complications. This has been largely debunked by the scientific community,” Lindenberger said in a YouTube video on Saturday. So, when he turned 18 a few months ago, Lindenberger began getting vaccinated, and he is finally caught up on all his shots. In a Reddit post in November, the Ohio teen shared his story hoping for advice and information on where he could get vaccinated. “My parents think vaccines are some kind of government scheme. … I’ve never been vaccinated for anything, god knows how I’m still alive,” Lindenberger wrote in the post. 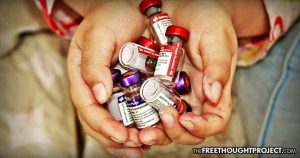 As Gov’t Pushes Mandatory Vaccination, Contaminated Vaccines Found In 3 States Causing Infections Last month, measles hysteria came to a head as every single mainstream media outlet across the country ran with stories pumping fear over some non-existent epidemic. Headlines like “For God’s Sake! Vaccinate Your Children!” and “Measles is on the rise. But telling anti-vaxxers they’re stupid won’t fix it” have run constantly since last month as the media and the government wage a war on those who advocate for vaccine safety and informed consent. There was one headline, however, that was the opposite of these and went entirely under the radar. “Vaccines given in Kentucky, Ohio and Indiana causing infections,” read one headline that was suppressed to the deepest darkest depths of the search engine algorithm. After all, it’s hard to foster fear over a non-existent epidemic to encourage people to vote away their right to informed consent when the very medicines being mandated are found to be contaminated and causing infections. But that is exactly what happened.

RSB! Friend woke up 2 weeks ago with Bells Palsey on right side of face, now with extreme ear pain, tinnitus, and diagnosis of TMJ. Prescription pain meds are not touching the pain. I took her CBD this weekend. She did not take pain meds that night, but took total of 10 CBD (15 mg gold capsules) over the course of 12 hours during the night. Did not help with ear pain – so no real rest.

Any advice? Is it typical to need more CBD dosage than that to overcome extreme pain? Currently she is on steroids and pain killers. She does not like being on the prescriptions – open to more natural healing.

PS – As a follow up to our previous conversations regarding my 2 yr old son who has febrile seizures – the CBD has worked wonders! First seizures we gave CBD, cut time in half. Last few instances – NO SEIZURES as we now give the CBD at first symptoms of illness. THANK YOU FOR YOUR PLATFORM to share information and teach us how to heal ourselves! 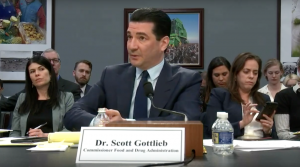 FDA Head Reveals New Details About Agency’s CBD Regulation Plans Food and Drug Administration (FDA) Commissioner Scott Gottlieb revealed new details about plans to pursue alternative pathways for CBD regulation and also acknowledged that federal prohibition drives research into medical marijuana overseas on Wednesday. Gottlieb’s latest comments were in response to questions from Reps. Barbara Lee (D-CA), Chellie Pingree (D-ME) and Mark Pocan (D-WI) during a hearing before a House Appropriations subcommittee. Among the revelations that came out of the hearing was that Gottlieb will shortly announce that the FDA will hold a public meeting “sometime in April” to hear from stakeholders about how to best regulate CBD derived from hemp, which was legalized late last year as part of the 2018 Farm Bill. He also said he’d be forming a working group comprised of agency experts to inform him on regulatory options for CBD.

Man survives for 5 days on taco sauce packets while car trapped in snow An Oregon man and his dog became trapped on a forest service road when his vehicle got stuck in the snow. Miraculously, he survived for five days — on a diet of taco sauce packets — before rescuers found him, reports the local sheriff’s office. Jeremy Taylor and his dog Ally were driving near Wake Butte, Oregon, last Sunday when his car became stuck in snow, wrote the Deschutes County Sheriff’s Office Oregon on Facebook. “Jeremy had attempted to walk out on Monday, but the deep snow made it very difficult and he and Ally returned to his vehicle,” said the sheriff’s office. “Jeremy stayed warm over the next four days by periodically starting his vehicle and used a few taco sauce packets he had as food.” While Taylor did not confirm to the sheriff’s office the exact brand of taco sauce he ate, according to what public information officer Sgt. William Bailey told CBS News, Taylor did respond to a Facebook comment on a status he posted Saturday, claiming, “Taco Bell fire sauce saves lives.” 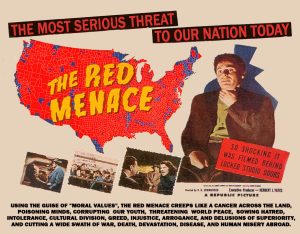 While human instinct is exceptional in evaluating and reacting to a natural personal risk, as in facing a predator, humans are terrible at assessing modern risks. According to Psychology Today1 this is because our ancestors were programmed to quickly react and respond to a situation before it is even consciously perceived. Our reactions aren’t based in logic and statistics, but in lightning fast primitive responses. Threats such as venomous spiders and snakes2 cause an out-of-proportion fear compared with the more likely threat of being killed in a car crash.3 The low risk of a being killed in a shark attack4 evokes more terror than the much greater chance of dying from a prescription drug.5 (Spider and snake bites kill approximately 13 people a year and shark attacks kill 1 person every 2 years in the United States; there were 32,719 deaths in motor vehicle crashes in 2013 and 38,329 people died from a drug overdose in 2010 in the United States.)

I was listening to your show from Monday and you both were talking about eliminating waste from your mouth to Uranus. LOL My fiance has always had problems eliminating waste. (Going #2). She even said that it has been going on for as long as she can remember. She is on her 3rd days without going. She takes no prescription drugs, we eat organic as much as we can, drink water from a Berkey, etc, is there a supplement or anything else that she can do to help this issue?

Thanks for any help that you both can give us and I appreciate ALL YOU BOTH DO FOR US!!!! 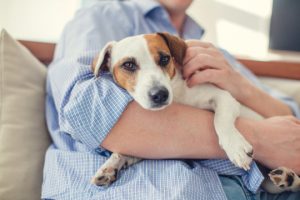 Chemical pollutants in the home degrade fertility in both men and dogs, study finds New research by scientists at the University of Nottingham suggests that environmental contaminants found in the home and diet have the same adverse effects on male fertility in both humans and in domestic dogs. There has been increasing concern over declining human male fertility in recent decades with studies showing a 50% global reduction in sperm quality in the past 80 years. A previous study by the Nottingham experts showed that sperm quality in domestic dogs has also sharply declined, raising the question of whether modern day chemicals in the home environment could be at least partly to blame. In a new paper published in Scientific Reports, the Nottingham team set out to test the effects of two specific man-made chemicals namely the common plasticizer DEHP, widely abundant in the home (e.g. carpets, flooring, upholstery, clothes, wires, toys) and the persistent industrial chemical polychlorinated biphenyl 153, which although banned globally, remains widely detectable in the environment including food. 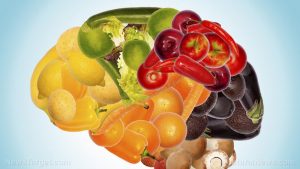 Is nutritional psychiatry the future of mental health treatments? Mental health problems are notoriously tricky to treat, with many sufferers reporting that they’ve gone through several different psychiatrists and medications before striking on something that manages their condition to at least some degree. However, it’s starting to look like seeing a conventional psychiatrist for mental health problems might be a bit like going to a cardiologist for a skin condition; an emerging specialty, nutritional psychiatry, holds a lot more promise when it comes to successfully conquering mental illness. That’s because scientists are increasingly finding that poor mental health is caused in many cases by a lack of essential nutrients. Some of the mental illnesses associated with improper nutrition include depression, anxiety, ADHD, bipolar disorder, and schizophrenia.