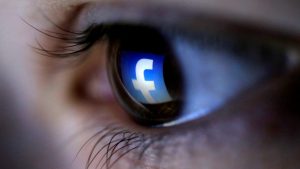 Doctors on Facebook face harassment from anti-vaxxers Facebook is coming under fire because doctors are facing harassment on the platform by anti-vaccination activists. The social network, which along with Google is being criticized for enabling anti-vaccination content to spread, was called out in The Guardian by a pro-vaccine naturopath named Elias Kass who was inundated with vitriol after he testified before a Washington state senate committee this month in favor of a bill that would eliminate personal and philosophical exemptions for childhood vaccinations and make them mandatory. The doctor’s Facebook page flooded with one-star reviews and he was reportedly called a “disgrace,” a “pedophile” and a “Nazi pharma shill.” According to the British news site, he disabled the page’s reviews feature, but users were still able to write comments on posts, and Kass eventually put together a photo gallery containing hundreds of screenshots of abusive comments. 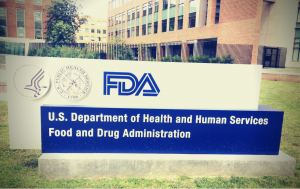 WHY THE FDA SHOULD STAY OUT OF THE CURRENT VACCINE DISCUSSION Multiple media outlets are celebrating the comments of U.S. Food and Drug (FDA) Commissioner Scott Gottlieb who has taken it upon himself to weigh-in on the record vaccine legislation across the U.S. Currently, there are over 100 active bills in 30 states with over 50 aiming to expand and protect against several facets of coerced and mandatory vaccination. Gottlieb warned that states might “force the hand of the federal health agencies” if they continue to allow vaccine exemptions. “You could mandate certain rules about what is and isn’t permissible when it comes to allowing people to have exemptions,” he added. In a perfect world, the FDA’s role, as their mission statement implies, should be that of an unbiased government body continually evaluating the scientific studies and clinical evidence relating to vaccines and drugs. Since the FDA should be regulating the vaccine industry, not threatening to use government force to push its products, Gottlieb’s statements rang highly inappropriate at best. What were the motivations for Gottlieb’s negligent, overreaching comments? 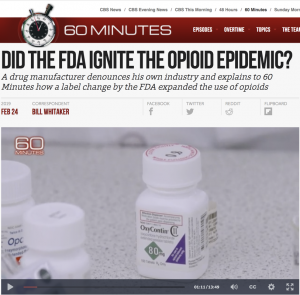 PHARMA WHISTLEBLOWER: THE “ROOT CAUSE” OF OPIOID EPIDEMIC WAS FDA A breaking 60 Minutes report tracks the genesis of the American opioid crisis back to the U.S. Food and Drug Administration (FDA). In 2001, with no science to justify the move, the FDA officially relabeled the powerful opioid OxyContin to be used for an ‘extended period of time.’ Former FDA Commissioner Dr. David Kessler told 60 Minutes: “We don’t know whether the drugs are safe and effective for chronic use,” Kessler says. “The rigorous kind of scientific research the agency should be relying on is not there.” Ed Thompson, a drug manufacturer who spent decades managing and producing opioids for Big Pharma, breaks ranks to denounce his industry and its federal regulator, the Food and Drug Administration, which he says opened the floodgates on the crisis with a few little changes to a label. 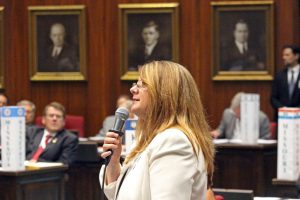 ‘Something is in those vaccines’: Lawmaker says mandatory measles shots are ‘Communist’ Amid a surging measles outbreak in the United States that has grown to about 160 cases in 10 states, Arizona’s legislature recently passed bills allowing for a religious exemption for required vaccination shots — a move that public health advocates warn could lead to fewer immunizations. Republican Gov. Doug Ducey, who describes himself as “pro-vaccination” and “anti-measles,” suggested Wednesday he would strike down those proposals. But one state lawmaker begged to differ with the governor. Republican State Rep. Kelly Townsend, a five-term state representative who is no stranger to making controversial and befuddling statements on social media, took to Facebook on Thursday to bemoan that Arizona was “prepared to give up our liberty, the very sovereignty of our body, because of measles.” Why? Because doing so would be “Communist.” 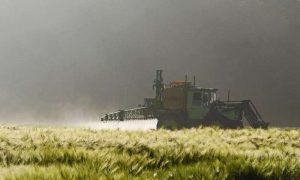 Pesticide exposure contributes to faster ALS progression While exact causes of amyotrophic lateral sclerosis (ALS) remain unknown, new research showspesticides and other environmental pollutants advance the progression of the neurodegenerativedisease. The latest study from the University of Michigan ALS Center of Excellence, recently published in the Journal of Neurology, Neurosurgery Psychiatry (a BMJ journal), supports the group’s 2016 research that found increased levels of numerous pesticides in blood tests of people with ALS, says senior author Eva Feldman, M.D., Ph.D., director of U-M’s ALS Center of Excellence. “Our latest publication shows that other toxins like polychlorinated biphenyls, known as PCBs, are alsoelevated in ALS patients and correlate with poor survival,” says Feldman, a Michigan Medicineneurologist. “Our research shows that environmental pollution is a public health risk that we believemust be addressed.” ALS, also known as Lou Gehrig’s disease, is a rapidly progressive disease that causes people to lose their ability to move their limbs and body. 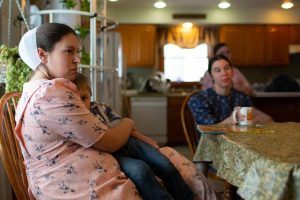 idwife’s arrest shines light on rural America’s home-birth ‘crisis’ When Elizabeth Catlin gave birth to her first child in a hospital over three decades ago, she was pushed into what she felt was an unnecessary C-section, and it sparked in her a new passion: home birth. She went on to have all but four of her children — 14 in total — at home, and in between having her own babies began working as an assistant to a local home-birth midwife. As Catlin’s daughters became adults, one told her, “Mom, we’re going to want you to catch our babies,” and it prompted her to take her passion a step further — by working toward national certification and formalizing her knowledge through a four-year Idaho-based midwifery college. Catlin became what’s called a certified professional midwife (CPM) through the program, and eventually began serving not only her daughters, but many other local women, as a trained birth attendant. “I had intended to work with my daughters,” says Catlin, 53, speaking with Yahoo Lifestyle in early February at her peaceful home in Penn Yan, N.Y., a scenic sweep of upstate farmland hugging the northern tip of Keuka Lake. “And then the Mennonites started calling me.” 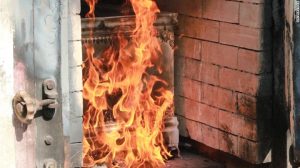 Cancer patient’s treatment leaves radiation contamination in crematory Radioactivity was detected on the oven, vacuum filter and bone crusher of an Arizona crematory where a deceased man who’d received radiation therapy was incinerated, according to a new case report. Worse still, a radioactive compound unrelated to the dead man was detected in the urine of an employee there. “It is plausible that the crematory operator was exposed while cremating other human remains,” Dr. Nathan Yu of the Department of Radiation Oncology at the Mayo Clinic in Phoenix and his co-authors wrote in the case report, published Tuesday in JAMA. Radioactive compounds are used in some medical procedures to diagnose and treat disease. PET scans, for example, use a radioactive dye to help doctors see tissues and organs, and some cancer treatments use radioactive compounds to target tumor cells.

Schleroderma: what do you suggest?