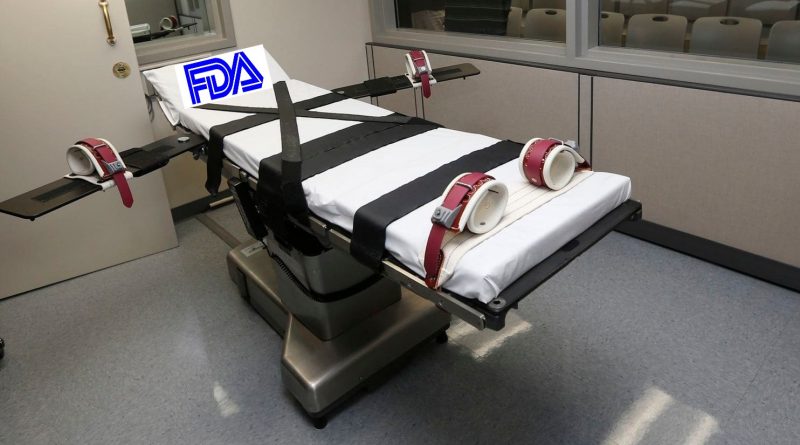 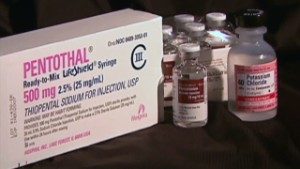 FDA can’t regulate death penalty drugs, Justice Department says The Food and Drug Administration does not have jurisdiction over death penalty drugs, the Justice Department said in an opinion. “We conclude that articles intended for use in capital punishment by a state or the federal government cannot be regulated as ‘drugs’ or ‘devices’ under the (Federal Food, Drug and Cosmetic Act),” Steven A. Engel, the head of the department’s Office of Legal Counsel, wrote in a 26-page legal opinion signed May 3. “FDA accordingly lacks jurisdiction to regulate such articles for that intended use.”  The decision comes as lethal injection drugs are in short supply. And it follows the FDA’s 2015 seizure of 1,000 vials of sodium thiopental — a drug used in lethal injection procedures — from the Texas Department of Criminal Justice. The state sued the FDA in January 2017, requesting that the agency release the drug from federal custody. Sodium thiopental has been used in lethal injections since the 1970s, the DOJ said. It is typically used as part of a three-drug cocktail that first puts a prisoner to sleep, then brings on paralysis and finally, stops the heart. In 2009, the only American manufacturer of the drug stopped producing it. And in 2012, the U.S. District Court for the District of Columbia issued an injunction that required the FDA to block the importation of the drug “on the grounds that it was unapproved and misbranded.” 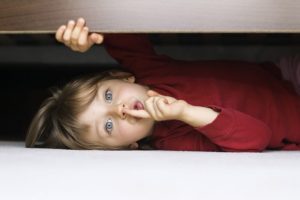 How Quickly AFM Has Been Overshadowed by Measles With all the attention to being given by the media and state legislatures to measles these days, it easy to overlook the mysterious polio-like disorder known as acute flaccid myelitis (AFM) that continues to affect children in the United States and other countries. Last year, there were a total of 230 confirmed cases of AFM in 41 states in the U.S. On Dec. 3, 2018, the Centers for Disease Control and Prevention (CDC) stated that it “appeared” that the number of reported cases of AFM had “peaked” for the year. There were also many media reports toward the end of 2018 citing public health officials and physicians who believed that AFM cases would dramatically decline in 2019 based on the apparent cyclical nature of the illness. It was assumed that since there were 120 confirmed cases of AFM in 2014, followed by 22 cases in 2015, 149 in 2016, 35 in 2017 and more than 200 in 2018 that there would be a dramatic drop in AFM cases in 2019. An article in The Dallas Morning News stated, “Experts say we should expect the condition to return again in 2020, following a pattern of sickening patients every other year from summer through fall.” That prediction may have had the effect (intentional or not) of lulling Americans into a false sense of temporary security, thus easing public pressure on those investigating the cause of AFM to quickly come up with an answer and a remedy.

Hi RSB,
This is Chuen (she), I recently had a blood test. The result showed my cholesterol total was 306. My non-HDL cholesterol was 223. Both of them was in the red zone (bad). My LDL/HDL ratio was 2.3, below the average risk of 2.34. I was surprised that my cholesterol total was that high since I improved my diet two or three years ago. My last blood test four years ago showed my cholesterol at 220. I have been eating healthy. I buy organic. I don’t eat bacon although I love it. I stay away from sugar and processed foods. I started using coconut oil to cook everything and us MCT oil for salads. What did I do wrong? Or is it not a bad thing to have total cholesterol at 306. Thank you. 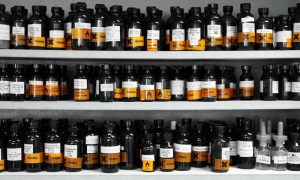 Chemical mixtures pose ‘underestimated’ risk to human health say scientists Each of us harbours hundreds of man-made chemicals inside our bodies because we are exposed to them in our daily lives. While individual chemicals may not be of immediate concern to public health, scientists now worry that certain mixtures of them may pose previously underestimated risks to health. This year, the European Union heavily restricted four types of phthalates in consumer products because of their possible health effects. Phthalates are plasticisers, ubiquitous chemicals that soften plastics in many consumer products. They are present in food wrappings, clothes, packaging, car parts, cosmetics and fragrances. Over time, these plasticisers end up in the air, soil, water, food and household dust. They can also end up in our bodies. This is worrying because they are implicated in reproductive abnormalities in mammals. Studies of people have linked plasticisers to sperm damage, lower fertility, early puberty in girls and thyroid effects. The phthalates will be now legally be restricted to 0.1% in weight in articles used by consumers or in outdoor areas. 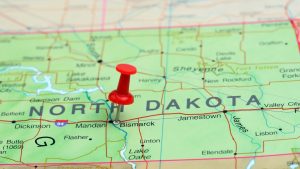