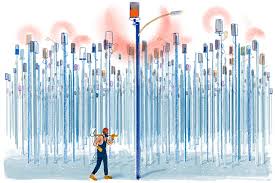 Cities Are Saying ‘No’ to 5G, Citing Health, Aesthetics—and FCC Bullying Jack Tibbetts, a member of the Santa Rosa, Calif., city council, knew he had a problem. It was early 2018, and he’d started getting calls from constituents at opposite ends of the political spectrum. The common thread: cellular antennas going up next to their homes, causing concerns over property values and health. The weight of evidence suggests that if radio-frequency emissions have any effect on humans at all, it is, according to the World Health Organization, about on par with other “possibly carcinogenic” substances, including coffee and pickles. The Federal Communications Commission, citing input from the Food and Drug Administration, recently declared that existing limits on the amount of radio-frequency energy these antennas put out make them safe. A senior FCC official said there is nothing unique to 5G networks that poses additional health risks. None of this has stopped the social-media-fueled conspiracy whirligig that allows health scares to thrive on the internet.

Hi Robert!! Annie the homeopath from Quebec!!!
I need to explain to one of my patient the aloe+silver protocol, she really needs it but I can’t find it quickly explained. Would it be possible to give me this information, or a link where I can find that!!
I’ve missed a bunch of your shows this summer, due to my work outside in my garden, I know that you mention it from time to time in your show, but I have’nt heard of it lately and can’t remember how to do it either!!
Thanks so much!!! Continue your great work!! Hello to super Don too!!! : )
Annie

Hello Dr. Bell and almost a doc super Don
I am offering 100,000,000 dollars to the person who can tell me exactly-HOW TO GET RID OF TOENAIL FUNGUS

Also as to whether or not GOD signed the Constitution or any other important documents and as to why HIS signature cannot be found, I believe HE used disappearing ink 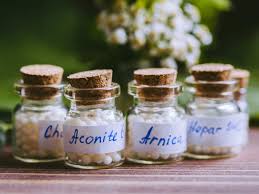 Can homeopathy help treat Chikungunya and Dengue?  Given the limited number of options for providing any relief in conventional medicine, homeopathy has emerged as an extremely effective mode of treatment for both these infections. Tens of thousands of patients are prescribed homeopathic medicines to help manage their symptoms and keep the course of illness short, every year. As the summer drags on, the arrival of the rains brings some, much-needed, respite from the heat. However, the rains also bring with them some diseases peculiar to the season. Amongst these, chikungunya and dengue are two mosquito borne viral infections which have become quite widespread in recent years. In fact, the incidence of dengue has increased thirty times over the last fifty years. Dengue fever is ranked by the World Health Organization (WHO) as the most critical mosquito-borne viral disease in the world – and the most rapidly spreading – with a 30-fold increase in global incidence over the past 50 years. 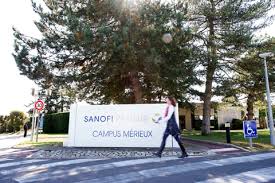 Philippines officials nix Sanofi’s attempt to bring Dengvaxia back to market Sanofi has been through an ordeal with its Dengvaxia rollout in the Philippines, but earlier this month, it looked as if officials might reintroduce the dengue vaccine to battle a deadly outbreak. For now, though, that’s off the table. This week, the country’s Department of Health upheld an earlier decision that revoked Sanofi’s certificates of product registration based on the company’s failure to “submit post-approval requirements.” In this review, officials weren’t even looking at Dengvaxia’s efficacy. The decision “concerns Sanofi’s complete disregard of FDA regulations, which were precisely put in place by law to ensure safety,” health secretary Francisco Duque III said in a statement. Sanofi had filed an appeal in a bid to get the vaccine back on the market. 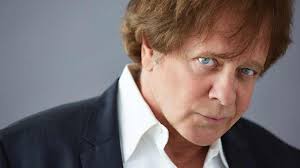 Musician Eddie Money Reveals He’s Been Diagnosed with Stage 4 Esophageal Cancer Rocker Eddie Money has been diagnosed with cancer. The 70-year-old musician (né Edward Mahoney) revealed his diagnosis in a clip from his reality television series Real Money. “I thought I was just going in to get a checkup and [the doctor] told me that I got cancer,” Money says in the clip. “He’s been diagnosed with stage 4 esophageal cancer,” his wife Laurie adds, noting that the cancer has also “spread to his liver.” Opening up about the moment he got the news, Money says that “it hit me really, really hard.” “What I don’t want to do is, I don’t want to keep the fact that I have cancer from everybody,” Money continues. “It’s not honest. I want to be honest with everybody. I want people to know that cancer’s come a long way and not everyone dies from cancer, like they did in the ‘50s and ‘60s. Am I going to live a long time? Who knows. It’s in God’s hands. But you know what, I’ll take every day I can get. Every day above ground is a good day.”