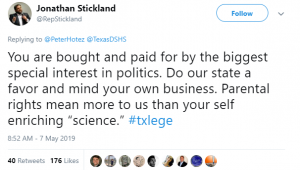 Texas lawmaker accuses doctor of backing vaccine ‘mandates’ to boost profits A Texas lawmaker and a pro-vaccine doctor got into a Twitter spat on Tuesday when the Republican representative accused the pediatrician of peddling “sorcery” and accused those defending science of being “typical leftist(s) trying to take credit for something only The Lord God Almighty is in control of.” Rep. Jonathan Stickland unleashed a verbal attack after Dr. Peter Hotez tweeted that the latest increase in vaccine exemptions in Texas by parents claiming conscientious objection over the requirement has led to children being “placed in harm’s way for the financial gain of special and outside interest groups.” Hotez’s tweet was in reference to a Houston Chronicle story. In response, Stickland accused Hotez of being “bought and paid for by the biggest special interest in politics” and suggested he “Do our state a favor and mind your own business. Parental rights mean more to us than your self-enriching ‘science.'” 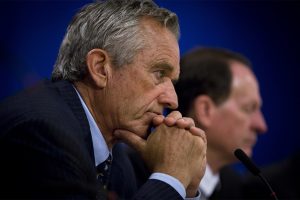 RFK Jr. Is Our Brother and Uncle. He’s Tragically Wrong About Vaccines Americans have every right to be alarmed about the outbreak of measles in pockets of our country with unusually high rates of unvaccinated citizens, especially children. Right now, officials in 22 states are grappling with a resurgence of the disease, which was declared eliminated in the United States in 2000. With over 700 cases already reported and indications that more outbreaks will occur, 2019 will likely see the most recorded cases of measles in decades. And it’s not just measles. In Maine, health officials in March reported 41 new cases of whooping cough, another disease once thought to be a relic of the past—more than twice as many cases as this time last year. Hotez’s tweet was in reference to a Houston Chronicle story. In response, Stickland accused Hotez of being “bought and paid for by the biggest special interest in politics” and suggested he “Do our state a favor and mind your own business. Parental rights mean more to us than your self-enriching ‘science.'” 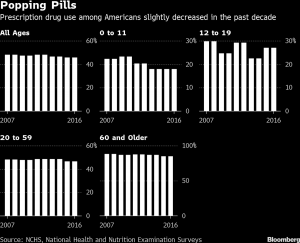 Nearly One in Two Americans Takes Prescription Drugs: Survey Americans are good at popping pills. About 46 percent of the U.S. population used one or more prescription drugs in the past 30 days, according to a survey from the National Center for Health Statistics. With almost half the U.S. population taking drugs, it may be surprising that this figure is a slight improvement from 10 years prior. “Changing trends in prescription drug use over time may be influenced by changing disease prevalence and diagnosis, expanded treatment recommendations, and decline in the use of inappropriate or ineffective therapies,” according to the report. The types of prescription drugs Americans use vary by age group. Medicine used to treat asthma was most common among the youngest cohort. For adolescents, between 12 to 19 years old, stimulants to treat attention deficit disorder were most common with about one in 16 adolescents with a prescription. 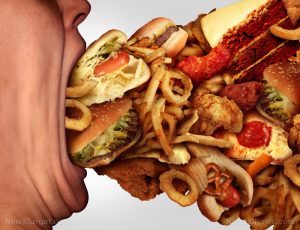 stamps… why should taxpayers bankroll the toxic food giants? The Supplemental Nutritional Assistance Plan (SNAP) currently offers low income families a cornucopia of junk foods, including candy, cookies, desserts, caffeinated beverages, soda pop, potato chips, and other processed foods that are stripped of their nutrients. This taxpayer-funded program is imprisoning low income families by making them sick, tired, weak, depressed, and susceptible to chronic disease. Texas State Representative Briscoe Cain has introduced HB 4364, which limits the amount of junk food SNAP recipients can toss into their shopping cart. “At-risk Texans and families who utilize the Supplemental Nutrition Assistance Program are often the most susceptible to diabetes and the serious complications associated with it,” says Cain, a Republican from Baytown County. “HB 4364 seeks to curb the spread of diabetes and other health complications among Texans in at-risk populations by eliminating sugary drinks and snacks from the state’s nutrition assistance program.” 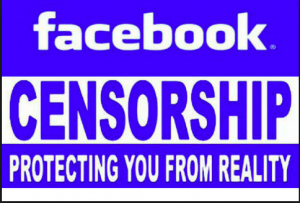 Facebook and Instagram Blacklist Prominent Conservatives Including InfoWars’ Paul Joseph Watson The Masters of the Universe at Facebook have banned multiple conservative personalities from both Facebook and Instagram, including Infowars host Alex Jones, Paul Joseph Watson, Laura Loomer, and Milo Yiannopoulos. The Atlantic reports that Instagram and its parent company Facebook has banned a number of conservative personalities from its platforms, including Infowars host Alex Jones, Infowars contributor and YouTube star Paul Joseph Watson, journalist and activist Laura Loomer, and Milo Yiannopoulos. Louis Farrakhan was notably also banned from the platforms at the same time. Paul Joseph Watson confirmed his ban, claiming he has not broken Facebook’s rules, and commenting, “In an authoritarian society controlled by a handful of Silicon Valley giants, all dissent must be purged.” 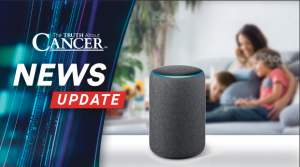 “Alexa, Access my Medical Records” It’s important to note that there is no official certification process forbecoming HIPAA compliant. There is no official “Good Housekeeping seal of approval” or formal process to prove that someone is now HIPAA compliant. Rather, it is a self-implemented process, and there is no agency that certifies whether a company is actually following HIPAA. Hmmmmm… this kind of reminds me of when Monsanto declared that their GMO crops were “safe” based upon the findings of their own scientists testing their own crops at their own facilities.  Alexa has become wildly popular since its introduction in 2014, selling over 100 million devices in the past 5 years, and is the world’s most popular voice assistant. Yes, there are some great “perks” to using Alexa: you can play music, check the weather, order food, set timers and alarms, and even control the lighting and temperature in your home with a simple voice command. Now that Alexa is compliant with the U.S. Health Insurance Portability and Accountability Act of 1996 (HIPAA), Amazon is able to break into the healthcare sector. 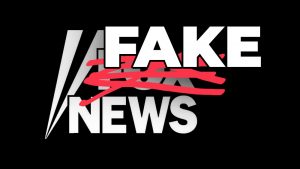 Fox News spreads more fake news measles hysteria by claiming MMR vaccines don’t contain aborted human fetal tissue… but they actually do Doing its part to shill ridiculous fake news on behalf of the lying vaccine industry, Fox News recently published a shameless propaganda pieceabout the ongoing measles “outbreak,” which falsely claims that the MMR vaccine for measles, mumps, and rubella, manufactured by Merck & Co., doesn’t contain aborted human fetal tissue – even though it actually does. Fox News correspondent Bryan Llenas opens up his pro-vaccine shill piece with all sorts of hysterics about how the current spread of measles is the “largest” ever, and that there’s “no end in sight.” He goes on to claim that “anti-vaccination propaganda” is driving this outbreak, citing statements made by the U.S. Centers for Disease Control and Prevention’s (CDC) Dr. Nancy Messonnier, the current Director of the National Center for Immunization and Respiratory Diseases.