FDA Doubles Down On Kratom – Calls It An Opioid 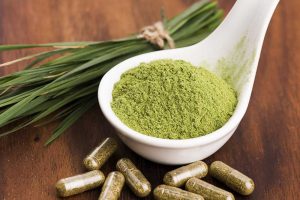 FDA Releases Kratom Death Data, Undermines Its Own Claims About Drug’s Deadly
Harms The U.S. Food and Drug Administration is escalating its campaign against kratom with the release of new information describing a series of deaths involving the popular herbal drug. The FDA says the incidents “underscore the serious and sometimes deadly risks” of kratom, but the list contains a number of events in which kratom played an uncertain role, including a case in which a teenager hanged himself, and another in which a drug overdose victim tested positive for nine different substances.

Whatever You Do, Don’t Look Up! 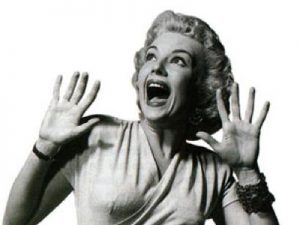 Scientists say Earth’s atmosphere is raining viruses and bacteria down on the entire
planet If you like to start out your day by opening your window for a big breath of fresh air you might want to rethink your habits a bit. A new study reveals that viruses are raining down from above on a non-stop basis, no matter where you live on the planet. As it turns out, Earth is kind of a gross place. The research, which was published in the International Society for Microbial Ecology Journal, found that Earth’s atmosphere is really, really good at transporting viruses all over the planet. Hundreds of millions of viruses are pushed skyward by winds and carried aloft for thousands of miles before tumbling back down on whatever and whoever happens to be hanging out below. Neat! 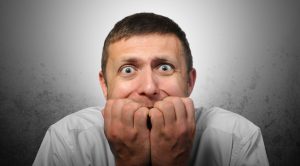 Can Fear Alone Cause the Flu? From what I have seen clinically and personally, fear can absolutely be the deciding factor that can determine if we get the flu or not.  Other factors are important too, but fear can push people over the edge.  Chinese medicine has known for thousands of years how destructive negative emotions are not only acutely but how negative events, memories and experiences from the past can powerfully contribute to chronic health problems. In my own case, after I learned how to release emotions and when I let go of the negative emotions from two memories I had at the age of 4 and 21, I was literally and instantly free of 11 years of horrible life sucking depression.  This opened my eyes to the reality of how destructive negative emotions can be manifesting into the physicality of the body and has become the focal point of my practice.  One of the best books written about this from a Western, research based perspective is the book The Body Keeps the Score by Bessel Vander Kolk, M.D.  Past trauma causes health problems. 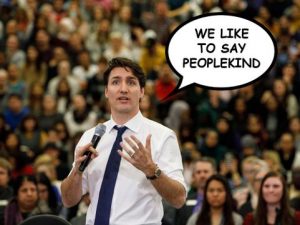 Justin Trudeau interrupts woman to tell her to use ‘peoplekind’ instead of ‘mankind’
because ‘it’s more inclusive’ Justin Trudeau has been criticized for interrupting a woman during a town hall to tell her to use the term ‘peoplekind’ instead of ‘mankind.’ The Canadian Prime Minister was hosting a Q&A at MacEwan University in Edmonton on Thursday, the latest stop on a cross-country tour that began last month. Aimee, from the World Mission Society Church of God, a controversial feminist church founded in South Korea, stood to ask a question about volunteering. 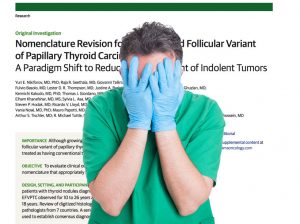 ‘Oops… It Wasn’t Cancer After All,’ Admits The National Cancer Institute/JAMA After decades of wrongful cancer diagnoses and treatments, and millions harmed, the National Cancer Institute and high gravitas journals like JAMA finally admit they were wrong all along. Back in 2012, The National Cancer Institute convened an expert panel to evaluate the problem of cancer’s misclassification and subsequent overdiagnosis and overtreatment, determining that millions may have been wrongly diagnosed with “cancer” of the breast, prostate, thyroid, and lung, when in fact their conditions were likely harmless, and should have been termed “indolent or benign growths of epithelial origin.” No apology was issued.  No major media coverage occurred. And more importantly, no radical change occurred in the conventional practice of cancer diagnosis, prevention, or treatment.

Incriminating documents reveal Monsanto knew they were poisoning the environment 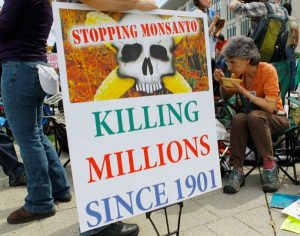 with their PCBs Documents that have come to light recently show that Monsanto continued to make and sell polychlorinated biphenyls (PCBs) for eight years after they knew that they were hazardous to the environment and human health. The firm was already exposed for this practice when internal documents were digitized and posted as part of the Poison Papers Project, but notes from a Monsanto meeting that were recently posted on Toxicdocs show just how callous they were about the matter. Monsanto set up a meeting on August 25, 1969, to address the problem of their PCBs in the environment. During the meeting, executives set out three approaches they could use. The first was to go out of business. The second? “Sell the hell out of them [PCBs].” Yes, you read that correctly. Their third option was “Try to stay in business in controlled applications.” 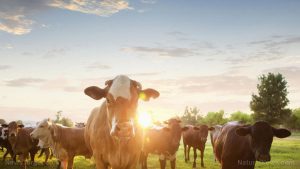 Bill Gates is backing a quest to create a genetically modified Super Cow, hoping to produce four times more genetically modified milk Not content with what nature has provided us, Microsoft founder Bill Gates would like to see a cow that can make more milk than European cows yet be able to withstand heat just as well as African cows. As part of this quest, he is now funding genetic research that aims to create what they consider “the perfect cow.” It’s part of a $40 million investment Gates has made in the Edinburgh-based nonprofit Global Alliance for Livestock Veterinary Medicines. The funding will also be used for pursuits such as developing stronger crops and researching diseases that can devastate African farmers financially. To that end, scientists are trying to identify the specific genes that can make crops grow faster, resist disease better, offer more nutrition, and withstand extreme weather. 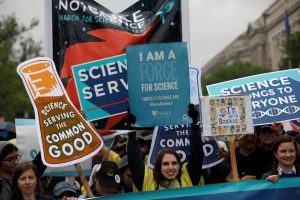 Meet the Scientists Running for Public Office in 2018 Getting scientists to become more politically involved has been an ongoing movement this year, with groups like the American Association for the Advancement of Science and American Chemical Society encouraging scientists to voice their opinions and even join protests, like the March for Science in April 2017. Now, hundreds of scientists and STEM professionals are running for public office in 2018, for everything from Senate seats to a spot on the local school board. 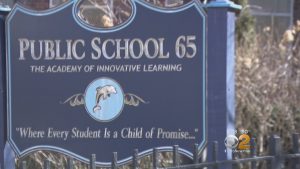 Daddy-Daughter Dance Rescheduled Due To NYC’s Gender-Neutral Policy Officials opted to postpone the father-daughter dance at a school in Staten Island because it excludes other genders, claiming city policies forced them to scrap the tradition. Some parents say being politically correct has gone too far. As for the disappointed girls at PS 65, they say they’ve been getting ready for the dance for months.This year’s dance was supposed to be on Friday, right before Valentine’s Day, but the school’s principal directed the Parent-Teacher Association to reschedule it because of the Department of Education’s gender-neutral policy. It was originally put in place a year ago and requires school events to include all types of students and families.