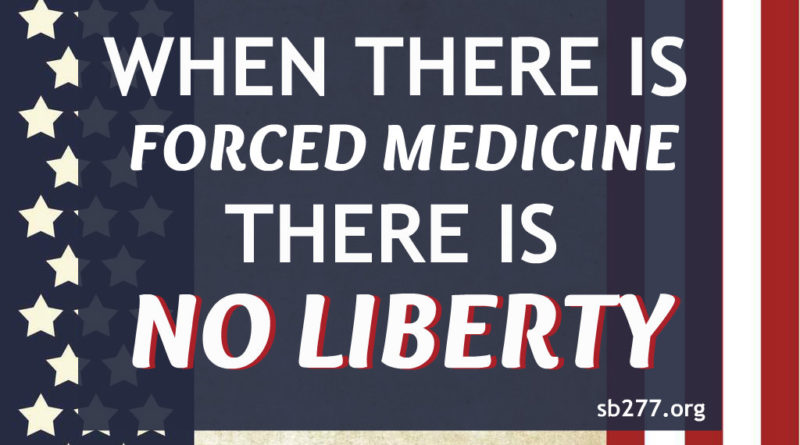 Burzynski Research Institute (BRI) is a biopharmaceutical company committed to developing, and delivering cancer therapies based on genomic and epigenomic principles. Currently research and development efforts are focused on investigational agents called Antineoplastons (ANPs) and their efficacy and safety in the treatment of advanced cancers, especially malignant brain tumors. ANPs have been investigated in phase I and II clinical trials. New Phase II and III studies has been reviewed by the FDA and are awaiting Institutional Review Board (IRB) approval prior to implementation.

Dr. S. R. Burzynski, a nationally and internationally recognized physician/investigator, pioneered the use of biologically active peptides for the treatment of cancer. In 1967, at the age of 24, Dr. Burzynski graduated first in his class of 250 students from the Medical Academy in 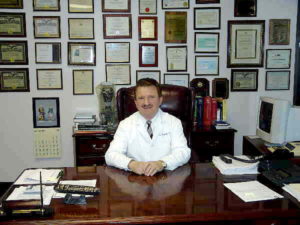 Lublin, Poland. It was at this time that he identified naturally occurring human peptides, which were deficient in cancer patients. He concluded that these peptides played a role in preventing the growth of cancer cells. In 1968, he earned a PhD degree and became one of the youngest physician/investigators in Poland to hold both a MD and PhD degree.
Between 1970 and 1977, he received funding from the National Cancer Institute (NCI) for his work as an investigator and Assistant Professor at the Baylor College of Medicine in Houston, TX. During this time he authored/coauthored 16 publications, including five detailing his work on naturally occurring human peptides and their effect on cancer – four of which were co-authored by investigators associated with the M.D. Anderson Cancer Center or the Baylor College School of Medicine. In May 1977, Dr. Burzynski received a Certificate of Appreciation from the Baylor College of Medicine that acknowledged his contributions to the ‘Advancement of Medical Education, Research, and Health Care’.

Dr. Burzynski has extensive experience investigating the use of Antineoplastons (ANPs) in the treatment of advanced cancers, especially malignant brain tumors, through patient participation in Phase II clinical trials. New phase II and III studies have been reviewed by the FDA and are awaiting Institutional Review Board (IRB) approval.
Dr. Burzynski is the author/co-author of over 300 scientific publication/presentations. He has collaborated with investigators at the NCI, the Medical College of Georgia, the Imperial College of Science and Technology of London, the University of Kurume Medical School in Japan, and the University of Turin Medical School in Italy, among others. He is a member of several prestigious organizations, including the American Association of Cancer Research (AACR), the Society for Neuroscience, the Society for Neuro-oncology, the Royal Medical Association (U.K.), and the Academy of Medical Ethics. As of June 2015, he holds 244 patents in 35 countries covering 17 proprietary scientific inventions. 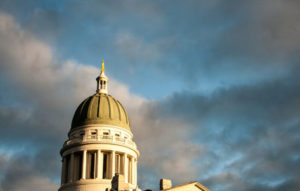 Maine Residents Could Restore Vaccine Exemptions by Popular Vote on March 3 Ballot On May 24, 2019, Maine’s House of Representatives passed a bill (LD798) removing religious and philosophical vaccine exemptions to block Maine residents from getting an education in a public, private, parochial or trade school or enrolling in educational courses online. The bill also removed vaccine exemptions for students to attend colleges and universities, and barred adults from being employed in daycare or healthcare services unless they have received all state mandated vaccines. The bill was strongly opposed by grassroots health freedom groups and passed the state Senate by only one vote.  When Governor Janet Mills signed LD 798 into law the same day, Maine joined Mississippi, West Virginia, California and New York, as states that only offer a medical exemption to vaccination. Unless it is vetoed by Maine voters in a ballot vote on Mar. 3, 2020, the new law will go into effect on Sept. 1, 2021. 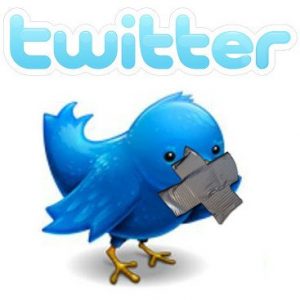 Twitter is testing new ways to fight misinformation — including a community-based points system Twitter is experimenting with adding brightly colored labels directly beneath lies and misinformation posted by politicians and other public figures, according to a leaked demo of new features sent to NBC News. Twitter confirmed that the leaked demo, which was accessible on a publicly available site, is one possible iteration of a new policy to target misinformation. The company does not have a date to roll out any new misinformation features. In this version, disinformation or misleading information posted by public figures would be corrected directly beneath a tweet by fact-checkers and journalists who are verified on the platform and possibly by other users who would participate in a new “community reports” feature, which the demo claims is “like Wikipedia.” 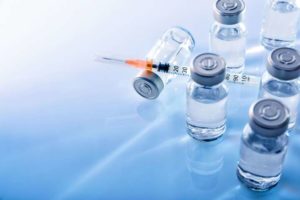 New Illinois bill aims to remove religious exemptions for vaccines in state A bill filed in the Illinois state Senate last week aims to remove the option for parents to opt out of vaccinating their children on religious grounds. The legislation would also do away with most medical exemptions for vaccines required to attend schools in the state. In addition, the bill would allow minors age 14 and older to get a vaccine, “regardless of whether the minor’s parent or guardian consents.”  The legislation was filed last Thursday by Democrat Heather A. Steans, who represents a Senate district encompassing much of Chicago. If the bill passes, it would go into effect on July 1, 2022. “Earlier this month I filed Senate Bill 3668, which takes action to fight infectious disease by increasing the rate of vaccination in Illinois,” Steans wrote on Facebook on Thursday. “SB 3668 ends the religious exemption for vaccination in Illinois, strengthens our mechanism for determining medical exemptions, and empowers those aged 14 and up to choose to vaccinate.” 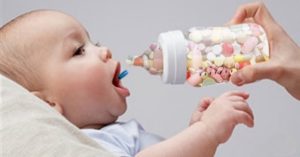 Antidepressant harms baby neurons in lab-grown ‘mini-brains’ Researchers at Johns Hopkins Bloomberg School of Public Health have demonstrated the use of stem-cell-derived “mini-brains” to detect harmful side effects of a common drug on the developing brain. Mini-brains are miniature human brain models, developed with human cells and barely visible to the human eye, whose cellular mechanisms mimic those of the developing human brain. The scientists, who will publish their findings on February 21 in Frontiers in Cellular Neuroscience, used the mini-brains to determine that the common antidepressant paroxetine suppresses the growth of synapses, or connection points between neurons, and leads to significant decreases in an important support-cell population. Paroxetine is sold under the brand names Paxil and Seroxat, among others. 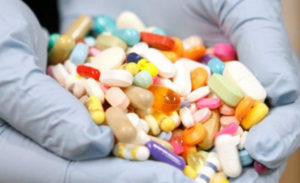 China Now Has the Power to Kill Millions of Americans Without Firing a Shot — By Withholding Medications Over Half in US take Prescription Drugs. Add to that 150 million people all our residents that take supplements and you have a pretty good idea what our exposure is to China weaponizing medications. Nearly all of our supplements and medications are made from ingredients procured from China. They’ve killed Americans before with tainted meds, and that was supposedly an accident. If China just shuts off our access to these ingredients and medications they manufacture, our US hospital and community pharmacies will run out within two months, with no alternatives. China has a stranglehold on 90 percent of our medicine. When you have powerful career politicians like Shanghai Mitch McConnell, Joe Biden, and a host of others in bed with your enemies, this is what happens. For over thirty years politicians have been taking bribes to give away our nation via trade agreements, and no one has ever been caught or punished. 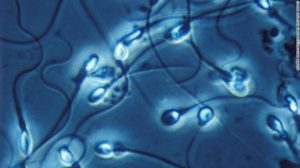 Poor quality American diet kills sperm count and lowers male testosterone, study says If sperm was an animal, science might worry that it’s heading toward extinction in Western nations. Total sperm count in North America, Europe, Australia and New Zealand dropped by up to 60% in the 38 years between 1973 and 2011, research found — an acceleration of a trend that began in the 1940s. More recent studies show the trend is continuing. At the same time, studies show a concurrent decline in testosterone levels — the hormone needed to build a man’s muscle and bone mass and boost his sex drive.Why? No one knows for sure. Debate rages about the role of radiation, air pollution and chemicals in our food, clothes and water. Smoking, alcohol consumption and obesity likely all play a role. So could the lower nutritional quality of the typical Western diet, according to a new study published Friday in JAMA Urology. “This study is the largest study to date to examine the diet pattern with men’s testicular function,” said study author Feiby Nassan, a research fellow at Harvard’s T.H. Chan School of Public Health. 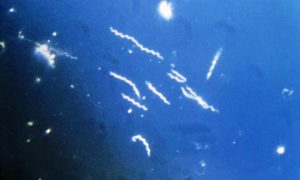 Ethnobotanical medicine is effective against the bacterium causing Lyme disease Lyme disease, also called borreliosis, is the most common vector-borne disease in the Northern hemisphere. It is caused by the spirochete (corkscrew-shaped) bacterium Borrelia burgdorferi and close relatives and mainly spread through the bite of infected ticks.Currently, more than 300,000 new cases are reported in the USA each year, compared to 65,000 in Europe, and these numbers are rising due to climate change and urban sprawl. The standard of care for Lyme disease, a course of antibiotics over 2-4 weeks, is not always effective: at least 10-20% of treated patients continue to experience symptoms after treatment. Late-stage Lyme patients may experience many different symptoms, including fatigue, joint pains, memory problems, facial paralysis, aches, stiffness in the neck, heart palpitations, and severe headaches. The discovery of novel treatments against Lyme disease is therefore of great interest. 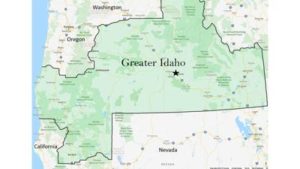 Secession fever spikes in five states as conservatives seek to escape blue rule You’ve got Oregonians seeking to cascade into Idaho, Virginians who identify as West Virginians, Illinoians fighting to escape Chicago, Californians dreaming of starting a 51st state, and New Yorkers who think three states are better than one. Separation fever is sweeping the nation as quixotic but tenacious bands of frustrated rural dwellers, suburbanites and conservatives seek to break free from states with legislatures increasingly controlled by liberal big cities and metropolitan strongholds. “Oregon is controlled by the northwest portion of the state, Portland to Eugene. That’s urban land, and their decisions are not really representing rural Oregon,” said Mike McCarter, president of Move Oregon’s Border for a Greater Idaho. “They have their agenda and they’re moving forward with it, and they’re not listening to us.”