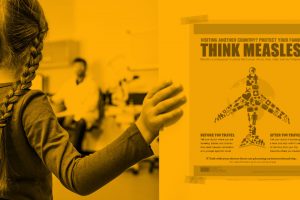 Stop Talking About Measles Officials in Clark County, Washington, have now confirmed 53 cases of measles, almost entirely among the region’s unvaccinated children. Gov. Jay Inslee has declared a state of emergency, while the local public health director last week compared the virus to a lit match, and his community—where just 81 percent of children have received their first measles-mumps-rubella shot by the age of 5—to “a can of gasoline.” Over the past few weeks, news of this outbreak has been picked up by the media outside the Pacific Northwest and characterized as a matter of grave, national importance. Stories on the “measles crisis” now suggest that it’s a sign of how the anti-vaccine movement has “metastasized” into something “so much larger and so much bigger” than it’s ever been before; that fake news about vaccines has grown more potent and persuasive on social media; and that, as a result of all this meme-contagion, an infectious disease that was once declared “completely eliminated” in the U.S. is in the midst of a deadly, disheartening comeback that’s “spreading fast.” 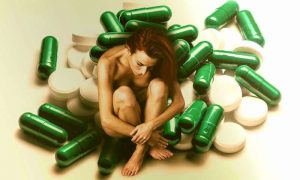 Does that medicine work for women? Why signing up for a medical study could be your next feminist move  You’ve marched in the Women’s March, cheered for women in Congress, grappled with the wide-ranging implications of the MeToo movement, talked with your kids (of both genders) about sexual harassment. Wait—did you forget to sign up for a medical study? In the new pantheon of Women’s Causes We Care About, inclusion in medical research has often ranked somewhere below concern about the number of stalls in public restrooms. That’s in spite of the fact that, unlike a long wait for the bathroom at Soldier Field in Chicago, leaving women out of medical studies can have serious, far-reaching effects on health for both sexes. “This isn’t just a women’s health issue,” says Nicole Woitowich, director of the Illinois Women’s Health Registry and associate director of the Women’s Health Research Institute at Northwestern University, “it’s an everybody’s health issue.”

Robert, just wondering if you could discuss nosodes. Are they effective at preventing diseases? Are they effective at treating diseases? Are they worth taking or is it better to simply live a healthy life style and supplement key minerals and vitamins to prevent and treat infectious diseases? How are they effective if they don’t contain enough of the microbe to stimulate antibodies? I’ve heard some stuff about correcting energy fields and stuff, but i’m still confused. And also, if the homeopathic “vaccines” are effective, how come that aren’t very many studies about them? Please help, I’m not trying to be skeptical, simply trying to find answers to my questions! Thanks 🙂 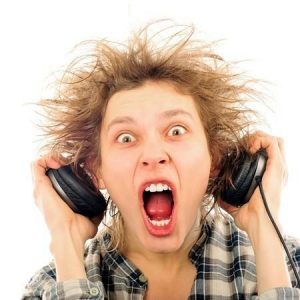 Keep the volume down! UN issues guidelines for audio devices Two U.N. agencies want governments and makers of headphones, mobile phones and other audio devices to do more to keep down the volume they emit amid concerns about hearing loss in an increasingly digitized era. The World Health Organization and the International Telecommunications Union on Tuesday presented new standards, or voluntary guidelines, for the manufacture and use of personal audio devices. WHO says nearly half of all people aged 12 to 35, or 1.1 billion people, are at risk of hearing loss due to “prolonged and excessive exposure to loud sounds.” The recommendations say personal audio devices should include software to track exposure to sound. They should provide ways to limit volume, such as through parental controls, and tell people about the safety of their listening habits. 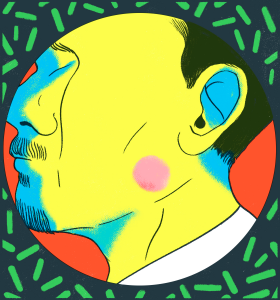 Existed “Can you take a look at this?” the 50-year-old man asked his wife. Standing in front of the bathroom mirror in his home outside Asheville, N.C., he turned his head and touched an area on his cheek just in front of his ear. He could feel the smooth, slightly raised surface, but it was on the side of his face, in a spot that was hard for him to see. It was slightly pink, about the size of a 50-cent piece, with irregular borders. “Where did that come from?” his wife asked as she turned his head to get a better look. It didn’t hurt, he told her. In fact, that whole part of his face, right up to the middle of his ear, was kind of numb. 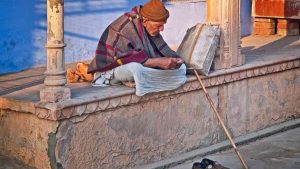 Leprosy Vaccine Candidate Moves Into Human Trials Hansen’s disease, which is commonly known as leprosy, is among the leading causes of non-traumatic, peripheral neuropathies around the world. The World Health Organization (WHO) initiated its ‘Leprosy Elimination Project’ during the 1980s with great results, curing more than 14 million cases. Leprosy is caused by Mycobacterium leprae, with the infection progressing to cause disfiguration of the skin and mucous membranes, as well as progressive and irreversible nerve damage. Over the years, a multi-drug therapy (MDT) has been distributed by the WHO free of charge for registered leprosy patients. However, the number of new leprosy cases being detected is raising various unanswered questions about the infection source, transmission, and incubation period of leprosy. A new animal study published in Nature indicates that post-exposure prophylaxis with LepVax, a leprosy vaccine candidate, not only appears safe but, unlike the existing tuberculosis vaccine (BSG), provides some protection against leprosy, and alleviates the neurologic disruptions caused by Mycobacterium leprae infection in nine-banded armadillos. 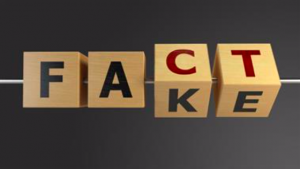 Exposing Snopes Bias in Attempt to Discredit Investigative Report onVaccines-Autism Link In the barrage of information you come across daily online, how do you know what’s true and what’s nothing more than hearsay, gossip or all-out lies? Some people use Snopes as their go-to source for online fact-checking, believing it to give the unbiased and credible final word on all those widely-circulated stories. If you’re relying on Snopes as your arbiter of truth, however, you’re in for a surprise: Snopes engages in massive censorship of natural health and general promotion of industry talking points. What started as a tool to investigate urban legends, hoaxes and folklore has manifested into a self-proclaimed “definitive fact-checking resource” that’s taking on topics like whether or not vaccines can cause autism. Yet, in their purported fact-checking of a Full Measure report1 by award-winning investigative reporter and former CBS correspondent Sharyl Attkisson,2 Snopes simply spewed propaganda, not real facts, in an attempt to discredit the report and the potential vaccines-autism link. In the end, though, they actually ended up confirming the main point of Attkisson’s report. For this, Attkisson wrote, “Snopes gets an ‘F’ for predictable propaganda in [the] vaccine-autism debate.” 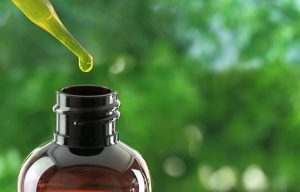 FDA-approved CBD Supplement is $32,500 Pharmaceutical Drug – All Others Illegal FDA is ignoring Congress and attacking an affordable supplement to protect Big Pharma profits. And we wonder why health care costs so much. Action Alert! As we reported earlier this year, the Farm Bill approved by Congress legalized hemp, which is a major step towards ensuring consumer access to affordable CBD oil supplements. Unfortunately, the FDA is still throwing up roadblocks because CBD is now also available as an FDA-approved drug. It is a perfect case study for why healthcare is so expensive in this country. Shortly after the passage of the Farm Bill, FDA Commissioner Scott Gottlieb reiterated the FDA’s position that, regardless of hemp’s legalization, it is still illegal to sell CBD in supplements or food. This is because CBD is the active ingredient in a recently-approved drug for a rare form of epilepsy. The only legal source of CBD, then, is this drug, which costs $32,500 a year. 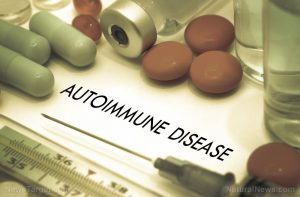 Doctors admit vaccines are harmful and turn our immune systems against us The World Health Organization (WHO) recently included vaccine skeptics – people who are hesitant to vaccinate themselves or their children because they are concerned about the potential health risks – on their annual list of “global health threats,” along with serious dangers like superbugs, climate change, the Ebola virus, HIV and air pollution. The WHO claims that “vaccine hesitancy” increases the risk of a resurgence in diseases they claim are fully preventable through vaccination. The WHO is by no means alone in its position. Many governments, medical professionals and members of the mainstream media have attacked anti-vaxxers – as they are known – claiming that they are selfish people who put the health of the greater majority at risk. These pro-vaccine groups and individuals like to infer that to question vaccines is both unscientific and dangerous. In recent years, however, a growing number of highly respected scientists and doctors have started questioning mainstream vaccine propaganda as the results of their own, unbiased studies raise alarming questions about the long-term safety of vaccines. 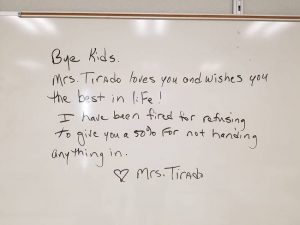 Florida Teacher Fired for Giving Zeros to Students Who Don’t Turn in Their Work A Florida teacher has been fired for giving her students zeros for missing assignments. Diane Tirado has been a teacher for years. Most recently, she was an eighth-grade history teacher at Westgate K-8 School in Port St. Lucie, Florida. Diane recently gave her students two weeks to complete an Explorer notebook project, but several students simply didn’t hand it in. Since there was zero work done, Diane gave them zeros. She got fired for it. The elementary school has a rule called the “no zero policy.” The lowest possible grade that teachers can give students is a 50, even if they don’t turn anything in. It’s a rule that Diane, unsurprisingly, does not agree with. After she was fired for disobeying, she left her students a charming goodbye message on the whiteboard.