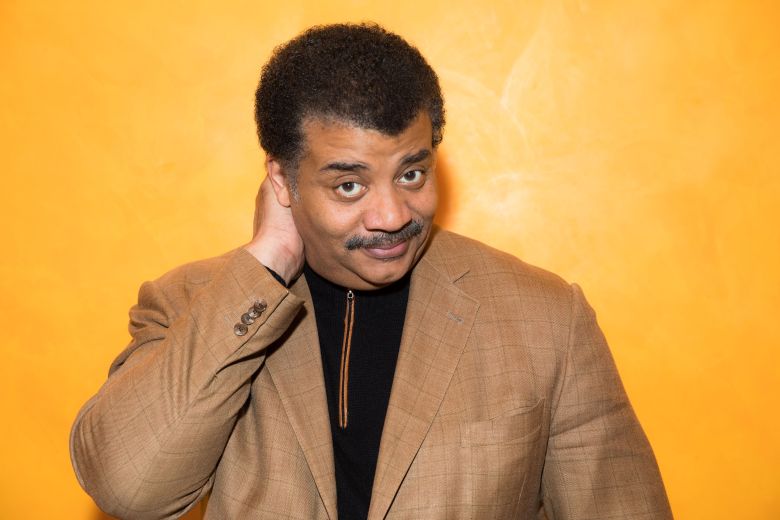 Neil DeGrasse Tyson Ripped For Tweet On Mass Shooting Deaths, So He Apologizes. Then This Happens Neil DeGrasse Tyson is a big-picture guy. He is, after all, an astrophysicist and, for the last two decades, he’s been the Frederick P. Rose Director of the Hayden Planetarium at the Rose Center for Earth and Space in New York City. But he opened up a galaxy-sized can of worms this weekend when he weighed in on the two mass shootings that occurred, one in El Paso, Texas, the other in Dayton, Ohio.

“In the past 48hrs, the USA horrifically lost 34 people to mass shootings,” Tyson posted on Twitter. “On average, across any 48hrs, we also lose…

“Often our emotions respond more to spectacle than to data.” 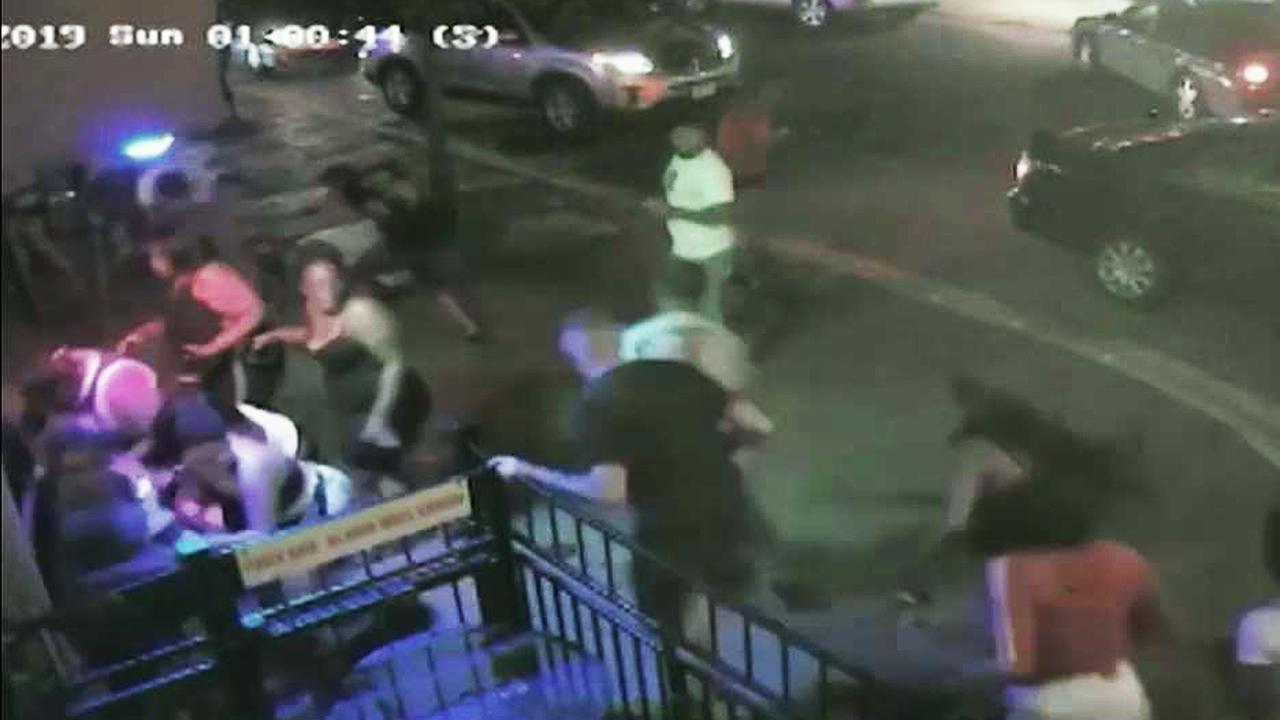 Dayton, Ohio, gunman had cocaine, alcohol and antidepressants in system: coroner The gunman who carried out a deadly mass shooting in Dayton, Ohio, this month had cocaine and other drugs in his system at the time, a according to a coroner’s report. In a news conference on Thursday the Montgomery County coroner, Dr. Kent Harshbarger, said cocaine, antidepressants and alcohol were found in Connor Betts’ system when he opened fire with an AR-15 style gun in the city’s historic Oregon District on Aug. 4, killing nine people before police shot and killed him. That shooting came just hours after another deadly gun rampage, this time in El Paso, Texas. Harshbarger added that investigators also found a pipe device and a clear bag containing cocaine on the 24-year-old Betts. The coroner also told reporters that two people shot by Betts also were shot by police, but none fatally. He said all the deadly gunshot wounds to the nine victims came from Betts’ weapon. 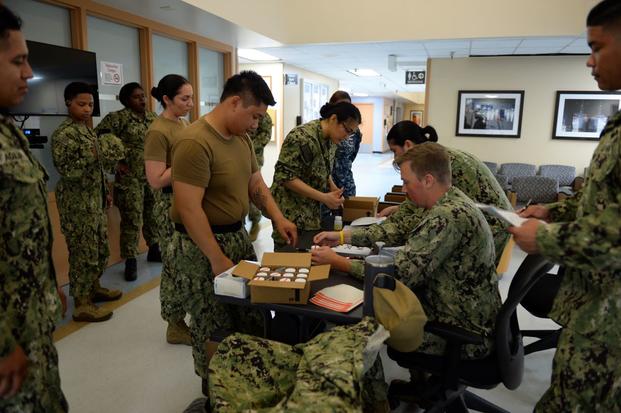 U.S. Navy Explicitly Bans Sailors From Using CBD Products When it comes to the what’s what of the cannabis legalization trend, the United States government is still so confused on how to handle it — any of it — that it still refuses to let some of its employees take part in a substance that, as far as Uncle Sam’s big, bad book of laws is concerned, should no longer be problematic. Senate Majority Leader Mitch McConnell made it his mission last year to pull the industrial hemp plant out of the trenches of prohibition, a move that has since given new life to the ridiculous CBD craze. But the self-proclaimed Grim Reaper of Capitol Hill didn’t stop for a second to consider that legal hemp (a kissing cousin to marijuana) would cause a massive uprising in confoundedness, one that has federal agencies perplexed about how to regulate CBD and stumped them on how to determine if soldiers are getting high. It is for this reason that the Navy recently came out with a new policy banning sailors from using CBD, even if it is only the crap now sold in convenience stores. 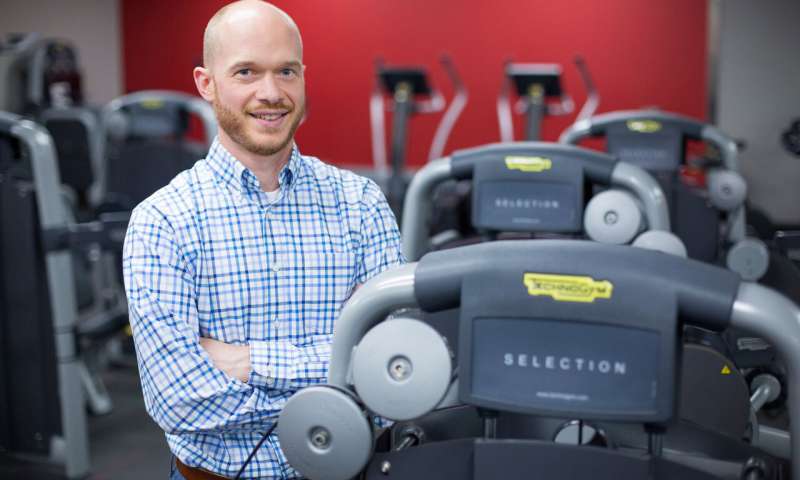 New link between endocannabinoids and exercise may help in treatment of depression Researchers know exercise improves mood for people with depression, but there are still questions about exactly how it makes people feel better. The answers may be found in the endocannabinoid system. The system is made up of the body’s own naturally occurring cannabinoid molecules and their receptors, said Jacob Meyer, an assistant professor of kinesiology at Iowa State University. Activation of these receptors appears to strengthen connections in the brain and may influence pain and depression. In a new study, Meyer and researchers at the University of Wisconsin-Madison, Medical College of Wisconsin and William S. Middleton Memorial Veterans Hospital, measured endocannabinoid levels and changes in mood before and after exercise sessions with varying levels of intensity. They found a significant boost in endocannabinoids and improvements in mood following prescribed moderate-intensity exercise. 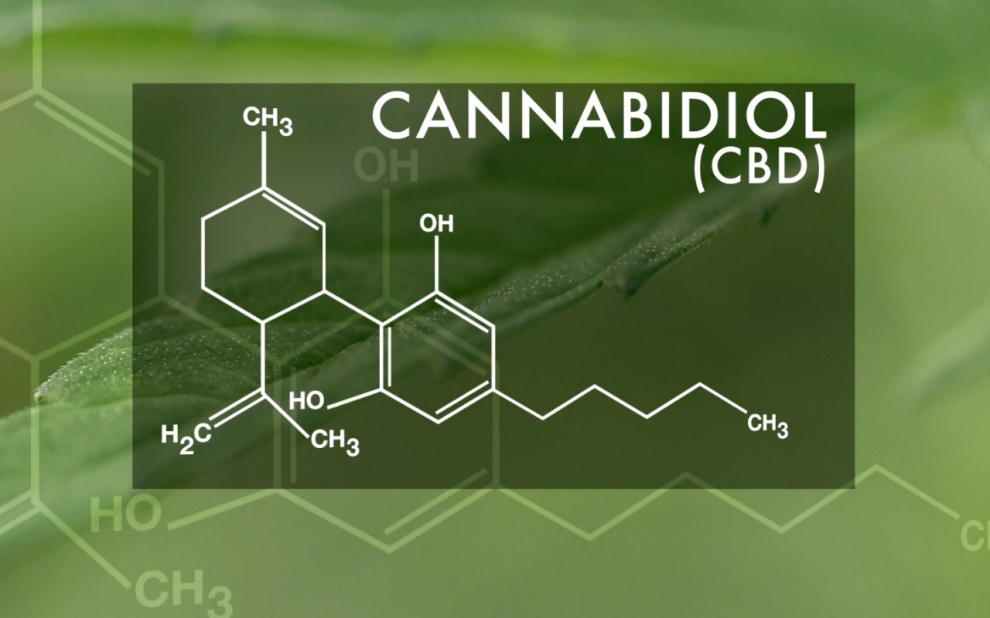 High fat foods can increase CBD absorption into the body While oral cannabidiol (CBD) capsules were approved by the U.S. Food and Drug Administration (FDA) for use in patients with seizures in 2018, very little was known about the effect of food on CBD absorption. A University of Minnesota study, published in Epilepsia, examined whether eating high-fat foods after taking CBD increased the body’s absorption of CBD. The study tested whether fasting or a high fat meal has an effect when cannabidiol oral capsules were taken by patients. To find out what effect a fatty meal would have on CBD absorption, the research group measured CBD concentrations in epilepsy patients at the MINCEP Epilepsy Care clinic who were taking 99 percent pure CBD capsules. Concentrations from patients who took CBD on an empty stomach and a standardized fatty breakfast (i.e. breakfast burrito) were compared. 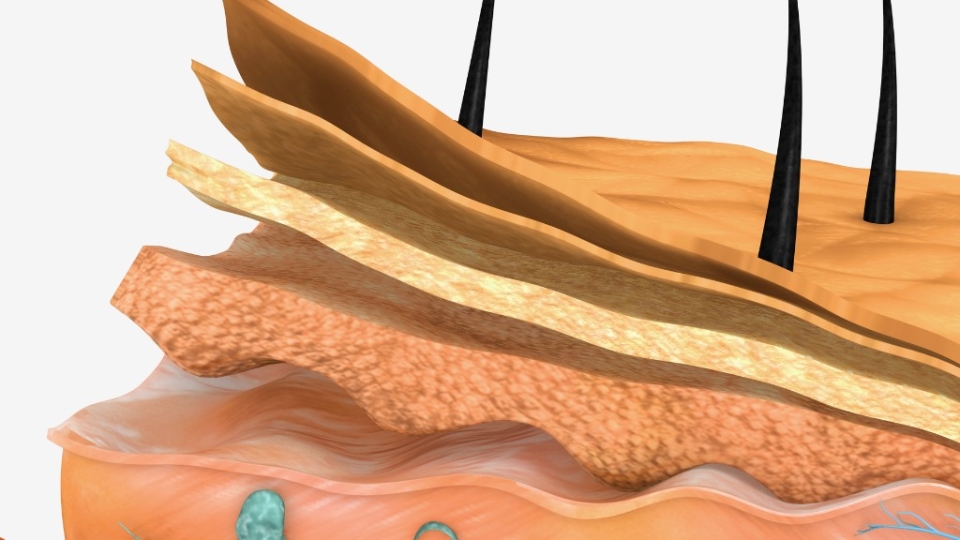 Newly discovered organ may be lurking under your skin Most people who’ve been jabbed by a needle know the drill: First the pierce, then the sharp, searing pain and an urge to pull away, or at least wince. While the exact circuitry behind this nearly universal reaction is not fully understood, scientists may have just found an important piece of the puzzle: a previously unknown sensory organ inside the skin. Dubbed the nociceptive glio-neural complex, this structure is not quite like the typical picture of a complex organ like the heart or the spleen. Instead, it’s a simple organ made up of a network of cells called glial cells, which are already known to surround and support the body’s nerve cells. In this case, the glial cells form a mesh-like structure between the skin’s outer and inner layers, with filament-like protrusions that extend into the skin’s outer layer. (Also find out about a type of simple organ recently found in humans, called the interstitium.) 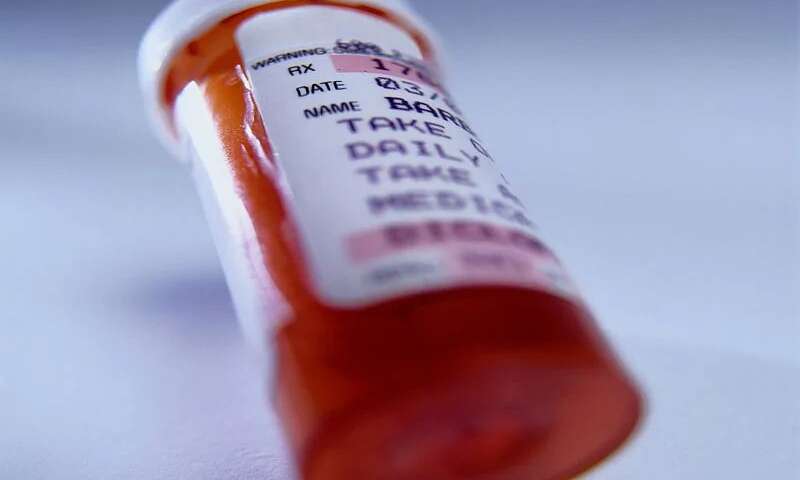 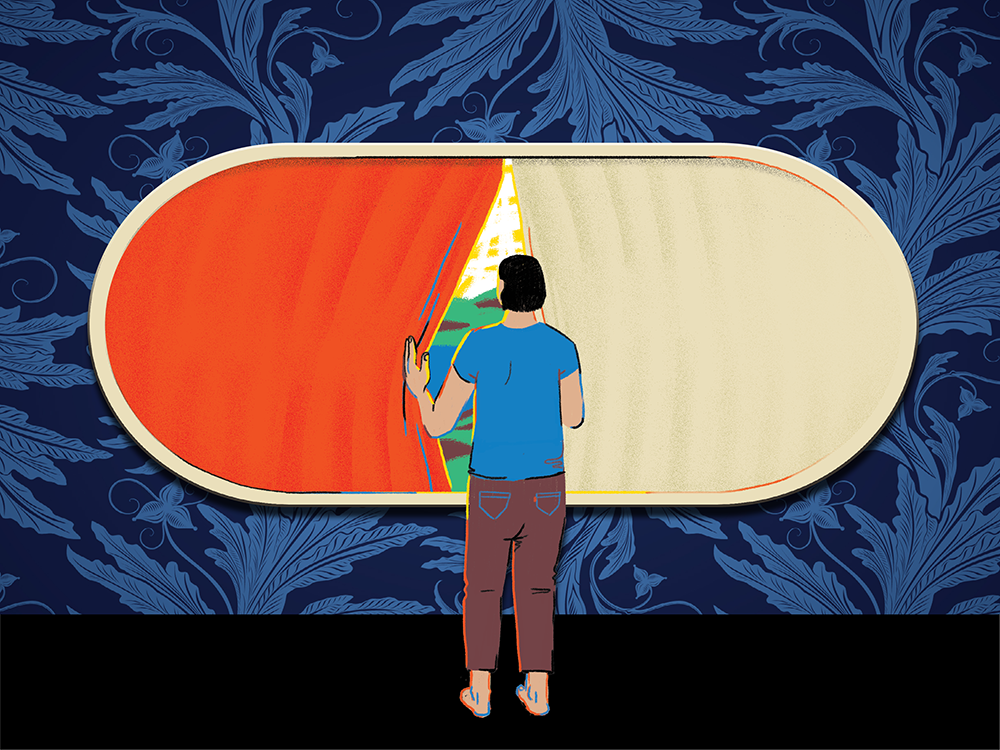 Researchers are working on a pill for loneliness, as studies suggest the condition is worse than obesity The volunteers at the University of Chicago’s Brain Dynamics Laboratory, all otherwise young and healthy, were tied together by really only one thing: nearly off-the-chart scores on the most widely used scale measuring loneliness. Asked how often they felt they had no one they could turn to, how often they felt their relationships seemed superficial and forced, how often they felt alone, left out, isolated or no longer closer to anyone, the answer, almost always, was “always.” The volunteers agreed to be randomly dosed over eight weeks with either pregnenolone, a hormone naturally produced by the body’s adrenal gland, or a placebo. Two hours after swallowing the assigned tablet, the university’s researchers captured and recorded their brain activity while the participants looked at pictures of emotional faces or neutral scenes.

Robert,
Thank you for reading my question on the air today. Regarding the selenium, I had been on a very small dose of Innate Response(only 100 mcg/day)for several months. My functional medicine doc tested my level which was at 174mcg/L. She told me it was high and pleaded with me to stop taking it as I was poisoning myself. So I stopped. You asked if I was on a detox protocol prior to the mercury removal. I was not. I had just done the silver aloe protocol a few months prior.
Can you please email me the info you gave me on the radio? I was taking notes but you made a lot of recommendations so I couldn’t get it all.
I will resume the Selenium in the dose you recommend because I know that The Power To Heal is Mine!
Thank you so much!

Hi Robert,
I got back the results of a cholesterol test that was done last Friday after having what was believed to be a TIA. All testing cam back normal, except the Cholesterol test. These are the numbers:
Total: 243
HDL : 45
LDL : 154
Triglycerides : 264
Ratio : 5.4
I don’t understand why things look bad. I eat only whole grains, lots of fresh fruits and vegs. The only oil i use is some olive oil and i have organic virgin coconut oil every day either on my oatmeal or on my homemade hot cakes. We eat a little bit of meat, chicken or beef once a week only. I use no other animal products except to make the hotcakes with, i use 1/2 water and 1/2 raw milk in them two times a week.
What am i doing wrong? 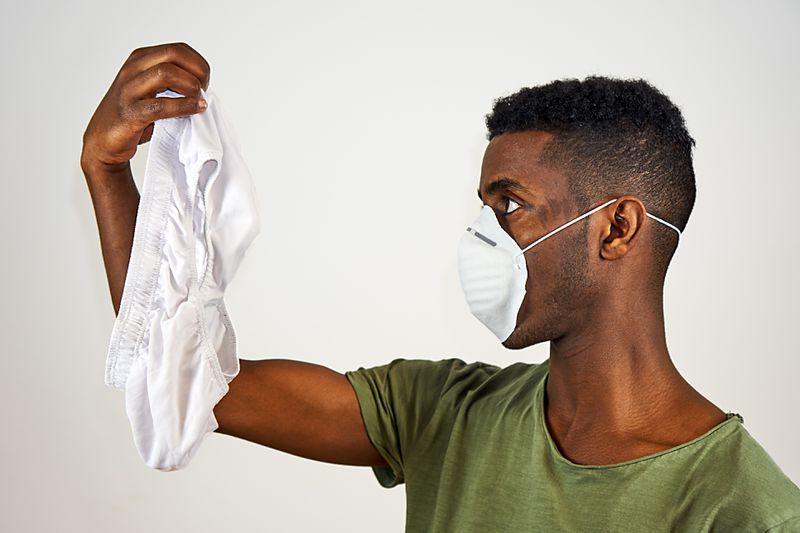 TMI: Nearly half of Americans don’t change underwear daily, new survey says These skivvies are skeevy. Nearly half of Americans have worn the same pair of underwear for two or more days, according to a survey by apparel maker Tommy John. Out of 1,000 people responding to an informal poll conducted by the underwear maker, 45% admitted they had worn the same pair of undies for two or more days, with 13% saying they had worn the same pair for a week or more, Tommy John said. “Conventional wisdom — and basic common sense — tells us that we should change our underwear every day, or at least wash them after every wear,” Tommy John said in its statement announcing the results. “But how many people actually follow this golden rule? After surveying 1,000 Americans, we found that this basic standard of underwear hygiene is definitely not universal.”