Judge upholds New York City’s mandatory measles vaccination order A Brooklyn judge on Thursday ruled against a group of parents who challenged New York City’s recently imposed mandatory measles vaccination order, rejecting their arguments that the city’s public health authority exceeded its authority. In a six-page decision rendered hours after a hearing on the matter, Judge Lawrence Knipel denied the parents’ petition seeking to lift the vaccination order, imposed last week to stem the worst measles outbreak to hit the city since 1991. The judge sided with municipal health officials who defended the order as a rare but necessary step to contain a surge in the highly contagious disease that has infected at least 329 people so far, most of them children from Orthodox Jewish communities in the borough of Brooklyn. Another 222 cases have been diagnosed elsewhere in New York state, mostly in a predominantly ultra-Orthodox Jewish neighborhood of Rockland County, northwest of Manhattan. 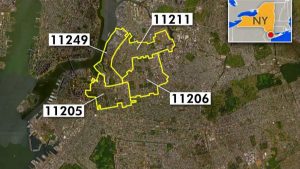 NYC measles outbreak: First vaccination fines, 4 more schools shut down New York City’s Board of Health is issuing civil summonses for three parents who didn’t comply with the mandatory measles vaccination order. They are subject to fines of up to $1,000 apiece. The continuing order for vaccinations applies to children ages 6 months and older with fines for non-compliance. City officials announced an emergency vaccination order for four ZIP codes in Brooklyn last week to stem the measles outbreak. A lawsuit challenging the order mandating measles vaccinations in Williamsburg, Brooklyn, was dismissed by a state Supreme Court judge on Thursday. The suit was filed by five anonymous parents who claimed the order was unnecessary and infringed on religious rights, also claiming vaccines are dangerous.

Cannabidiol could help deliver medications to the brain Cannabidiol (CBD), a non-psychoactive compound in cannabis, is being touted as beneficial for many health conditions, ranging from anxiety to epilepsy. Although much more research is needed to verify these claims, scientists have now shown that CBD could have a different use as a “Trojan horse”: helping slip medications across the blood-brain barrier (BBB) and into mouse brains. The researchers report their results in the ACS journal Molecular Pharmaceutics. The BBB consists of a layer of tightly linked cells that line capillaries in the brain, preventing substances from exiting the blood and entering the brain. However, the BBB does permit some molecules to pass, such as glucose and certain amino acids and neurotransmitters. For example, a class of neurotransmitters called endocannabinoids bind to proteins called cannabinoid receptors in the BBB, and the receptors help transport the molecules across the barrier and into the brain. Ana Torres-Suárez and colleagues wanted to make use of this system to sneak drug nanocarriers into the brains of mice. 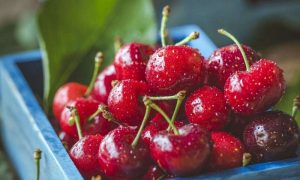 New study finds Montmorency cherries can aid fight against cardio-metabolic disease A groundbreaking study by a researcher at the University of Hertfordshire has found that drinking the juice of Montmorency cherries can help to prevent cardiovascular disease and diabetes. Discovered by the Romans, Montmorency cherries have strong anti-inflammatory and anti-oxidant properties, as powerful as anything in common pharmaceutical drugs. As there was little research in the area, the study looked at its effects on people with Metabolic Syndrome – conditions that increase the risk of stroke, heart disease and type 2 diabetes. In a pilot study involving 11 men and women with cardio-metabolic health conditions it found significant positive changes among those who consumed the cherries in juice or capsule form after only two hours compared to those who only had a placebo. Their blood pressure decreased along with their insulin levels. 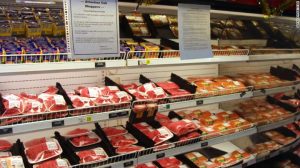 It’s legal for your meat to have trace amounts of fecal matter. A group of doctors want to change that This product “may contain feces.” That’s the label that one consumer rights advocacy group wants for the government to require meat distributors put on the food they send out to grocery stores. The recommendation is tongue-in-cheek, Deborah Press, an attorney for the Physicians Committee for Responsible Medicine, tells CNN. The group represents 12,000 physicians whose mission includes promoting plant-based diets and ethical scientific research. But it gets at real concerns the PCRM has about the US Department of Agriculture’s food safety inspection system. The US Department of Agriculture has a “zero tolerance policy for fecal material on meat and poultry,” a spokeswoman told CNN. USDA said it sends inspectors out to facilities who look at a “statistically valid sample of carcasses randomly selected throughout the production shift.”