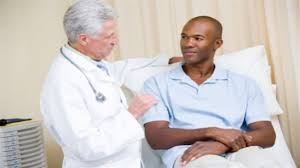 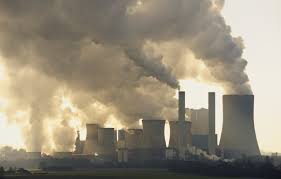 Smog & Sadness: Study Suggests Link Between Air Pollution & Psychiatric Disorders Could the very air we breathe have an impact on our mental health? That’s the suggestion coming out of a new international study conducted in the United States and Denmark. After analyzing long-term data sets from both countries, researchers from the University of Chicago say they have identified a possible link between exposure to environmental pollution, specifically polluted air, and an increase in the onset of psychiatric and mental health problems in a population. According to the findings, air pollution is associated with increased rates of depression and bipolar disorder among both U.S. and Danish populations. That association was actually found to be even greater in Denmark, where poor air quality exposure during the first 10 years of a person’s life was found to predict a two-fold increase in the likelihood of developing schizophrenia or a personality disorder.

Hello RSB and friends. Question – how can I deal with amitriptyline withdrawal. My husband was trying to come off his oxycontins and oxycodones and doc put him on amitriptyline in addition to those plus Xanax. He is a walking zombie, who, by the way, is still in tremendous pain and still depressed. I just printed out 6 legal size pages of side effects from the amitriptyline alone. He has taken himself off the oxycodones but that is not enough. Life is passing him by! What can I give him to assuage all the withdrawals from the amitriptyline? Thank you and God bless. Lori 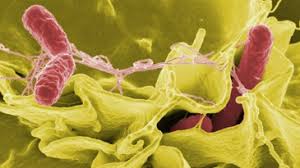 CDC warns of antibiotic-resistant salmonella A strain of salmonella that’s killed two and sickened more than 250 people may not respond to the antibiotics recommended to treat it, according to the Centers for Disease Control and Prevention. From June 2018 to March 2019, the drug-resistant salmonella strain infected 255 people in 35 states, and led to 60 hospitalizations and two deaths, the CDC said Wednesday in its Morbidity and Mortality Weekly Report. Salmonella is a bacteria that can cause illness if ingested. Most people who become infected with salmonella are able to recover without treatment, according to the CDC, but some cases can be severe. The antibiotic-resistant strain was traced to soft cheese obtained in Mexico and beef obtained in the United States. 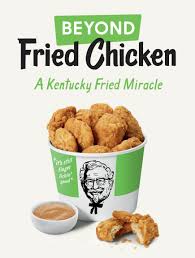 KFC will soon be serving vegan fried chicken — with Beyond Meat’s help Colonel Sanders will soon be serving vegan fried chicken to see if customers think it’s finger lickin’ good. KFC will start testing plant-based fried chicken from Beyond Meat in an Atlanta restaurant on Tuesday. The test makes the Yum Brands subsidiary the first national U.S. fast-food chain to introduce a Beyond chicken item, beating Popeyes and Chick-fil-A. Beyond pulled its vegan chicken — the first product from the company — from grocery store shelves earlier this year after deciding it was not up to standards. The Beyond Fried Chicken will be cooked in the same fryers with chicken, which might not adhere to strict vegetarian or vegan diets. The chain said that it is targeting flexitarian customers, people who are trying to cut down on their meat intake. KFC has been mulling vegan fried chicken for months. Kevin Hochman, who heads KFC’s U.S. division, said in an interview in May that the chain did not have any plans to test vegan alternatives, but he had meetings scheduled with several major suppliers to learn more about meatless meats.

Our mission is to ignite compassion, understanding and respect in the area of vaccine-injuries. We believe vaccine-injuries are real and becoming more prevalent every day. We aim to inspire independent research and awareness such that parents make fully informed decisions regarding the scientifically proven risks associated with some toxic vaccine ingredients. We commit ourselves to preserving and/or restoring health freedom worldwide. Our society has long forgotten about the unique needs of our vaccine-injured. Donated funds will be used for educational conferences with an emphasis on raising awareness about vaccine-injuries, vaccine history, vaccine laws, informed consent. Additionally, we aim to generate much-needed funds to help families in need who are experiencing vaccine-injury firsthand. VIAL is a 501c(3) organization and all donations are tax deductible. 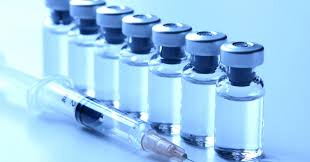 SB 276 Will Violate the Doctor-Patient Relationship by Eliminating Medical Exemptions California has one of the strictest compulsory vaccination laws for schoolchildren in the nation, but Senate Bill 276 by Senator Richard Pan (D-Sacramento) would eliminate almost all vaccine medical exemptions, allegedly to crack down on fraud. Under this bill, State bureaucrats — not physicians –would be in charge of deciding whether children may receive medical exemptions and thus whether they can attend school. UC Berkeley Law Dean Erwin Chemerinsky recently weighed in on this in his OpEd, “Vaccines Protect Us. But does the U.S. Constitution protect anti-vaccine parents?,” published in the SacBee on May 6, 2019. Re-litigating SB 277, Chemerinsky got it wrong. While it is true that under SB 277 there are no lawful rights for parents to refuse vaccination other than medical ones, what Chemerinsky didn’t articulate is that this new bill is about physicians, not parents. After SB 277, it is solely within a physician’s discretion to grant a medical exemption, based on past adverse reactions and family history. SB 276 now seeks to remove a doctors’ ability to grant medical exemptions for the extremely small percentage that need them and, instead, to vest that authority in government bureaucrats. 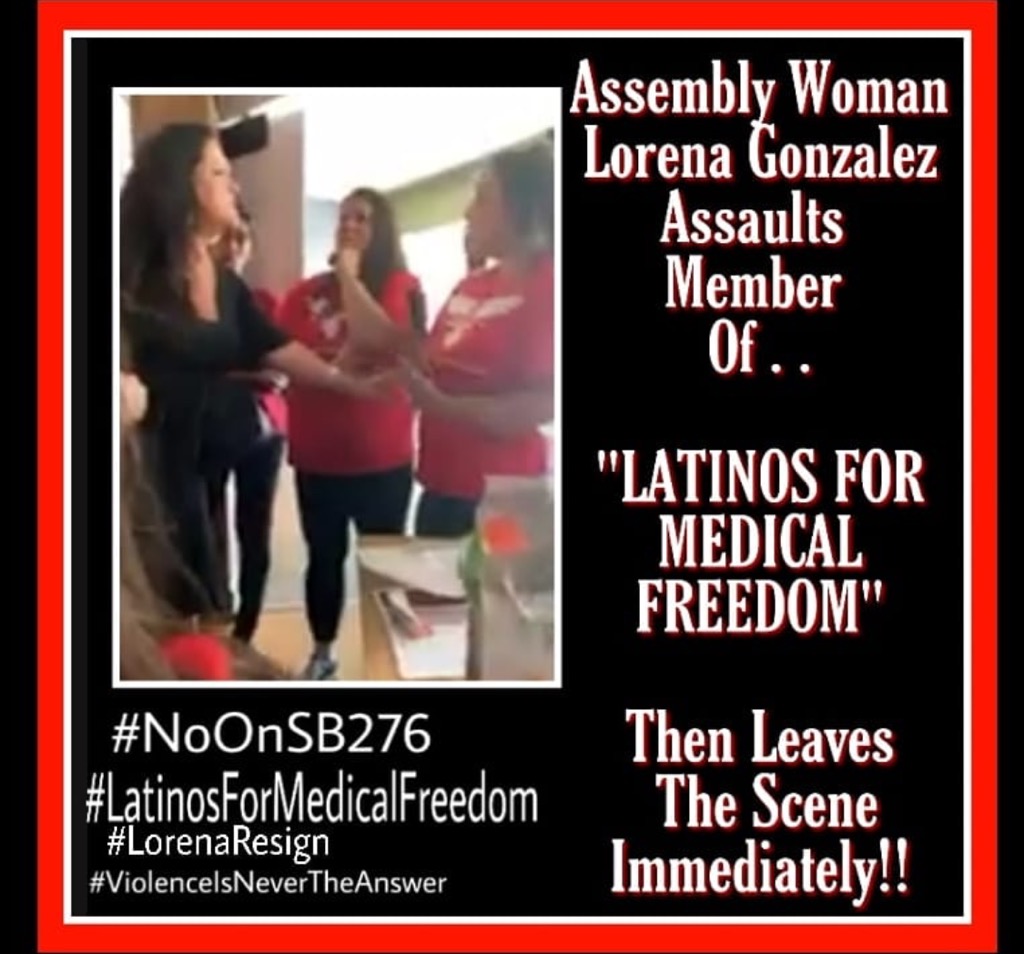 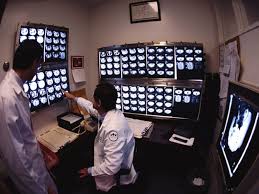 Study Points to Harms From MRI ‘Dye’ in Early Pregnancy A concerning number of U.S. women are exposed to the MRI contrast agent gadolinium early in pregnancy, a new study reveals. In many cases, this exposure occurs before women know they’re pregnant. The researchers said their findings underscore the need for effective pregnancy screening measures before using gadolinium, which can cross the placenta and enter fetal circulation. The “dye” is used in nearly half of MRI exams in the United States to make organs and tissue more visible on the resulting images. But its safety in pregnant women is unclear, and its use during pregnancy is not recommended unless it’s crucial to the health of the mother or fetus. Research about the possible risk to fetuses has been inconsistent. 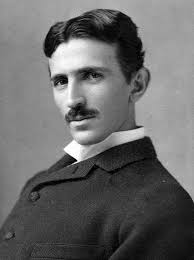 In 1926 Nikola Tesla Predicted And Described The Smartphone If there was ever a fortune teller in the field of technology, it was Nikola Tesla(1856-1943). He had an eerily accurate vision of the direction modern technology was headed. Even as far back as in 1926, Tesla knew that people around the world would be communicating wirelessly in the future. And it only took eighty years for humanity to prove him right. A man of groundbreaking intellect, Tesla is famous worldwide for contributing to the invention of the alternating current or AC electricity supply system. He was a genius at physics and mechanics. This combined with his almost photographic memory made him a fantastic electrical engineer and a prolific inventor. By the time he passed away, Tesla had 300 patents to his name. Besides his scientific skills, he was also a polyglot who could speak eight languages fluently. Along with these prominent achievements, Tesla was also a man who held other inventors to high standards. He even turned down the opportunity to share a Nobel Prize with Thomas Edison because he didn’t think he was more than a tinkerer.