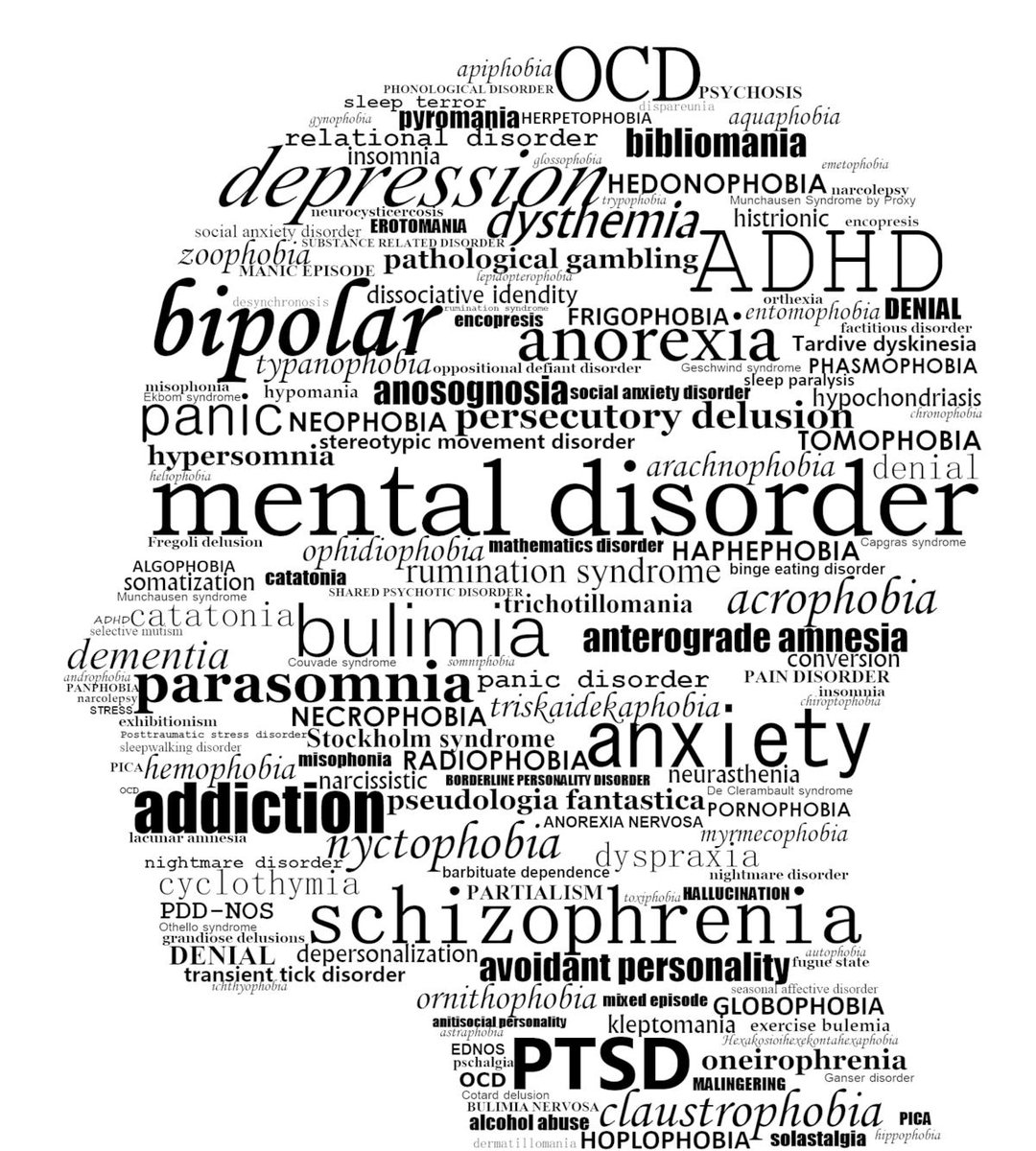 Study Finds Psychiatric Diagnosis To Be ‘Scientifically Meaningless’ A new study, published in Psychiatry Research, has concluded that psychiatric diagnoses are scientifically worthless as tools to identify discrete mental health disorders. The study, led by researchers from the University of Liverpool, involved a detailed analysis of five key chapters of the latest edition of the widely used Diagnostic and Statistical Manual (DSM), on ‘schizophrenia’, ‘bipolar disorder’, ‘depressive disorders’, ‘anxiety disorders’ and ‘trauma-related disorders’. Diagnostic manuals such as the DSM were created to provide a common diagnostic language for mental health professionals and attempt to provide a definitive list of mental health problems, including their symptoms.

Doctors need nutrition education, says commentary Nutrition knowledge is essential for today’s physicians, according to a JAMA Internal Medicine commentary published July 1. The commentary—authored by Neal Barnard, MD, president of the Physicians Committee for Responsible Medicine—points out that overweight, diabetes, heart disease, and many forms of cancer are driven by unhealthful diets, and that most doctors do not have the knowledge to turn this problem around. In a 2018 survey, 61 percent of internal medicine residents reported having little or no training in nutrition. In the commentary, Dr. Barnard recalls a patient who was hospitalized with a foot infection that was a complication of longstanding diabetes. Although Dr. Barnard notes that with sufficient change in the diet, insulin resistanceand diabetes itself can improve and sometimes even disappear, the patient’s doctors recommended amputation. 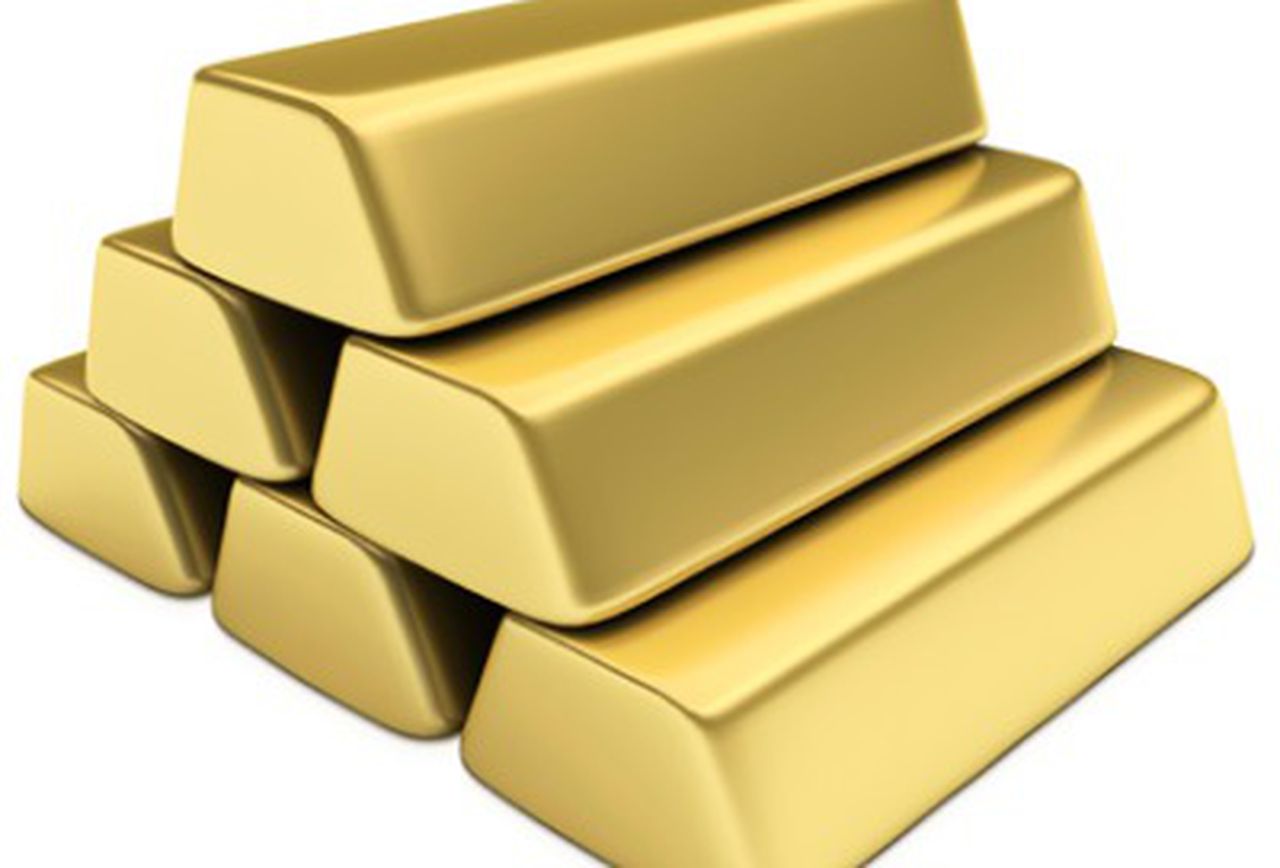 Trump Fed pick wants to revive the gold standard. Here’s what that means As President Donald Trump named his picks to fill two influential seats on the Federal Reserve’s Board of Governors, the price of gold surged. That may be because one of the them, Judy Shelton, is a believer in the return to the gold standard, a money policy abandoned by the U.S. in 1971. Shelton is raising eyebrows among mainstream economists for her views, which include slashing the Fed’s benchmark rate to zero and pegging the value of the dollar to gold prices. She’s not the first Trump pick for the Fed to advocate a return to the gold standard, with his two previous failed Fed choices — Stephen Moore and Herman Cain — also advocating for a revival of the policy. In picking Shelton, Mr. Trump is aiming to place a supporter on the Federal Reserve, which he’s argued is slowing economic growth and depressing the stock market by keeping interest rates too high. The Fed currently is maintaining its benchmark rate in a range of 2.25% to 2.5%, but Shelton has said she wants to lower rates “as fast, as efficiently, as expeditiously as possible.” 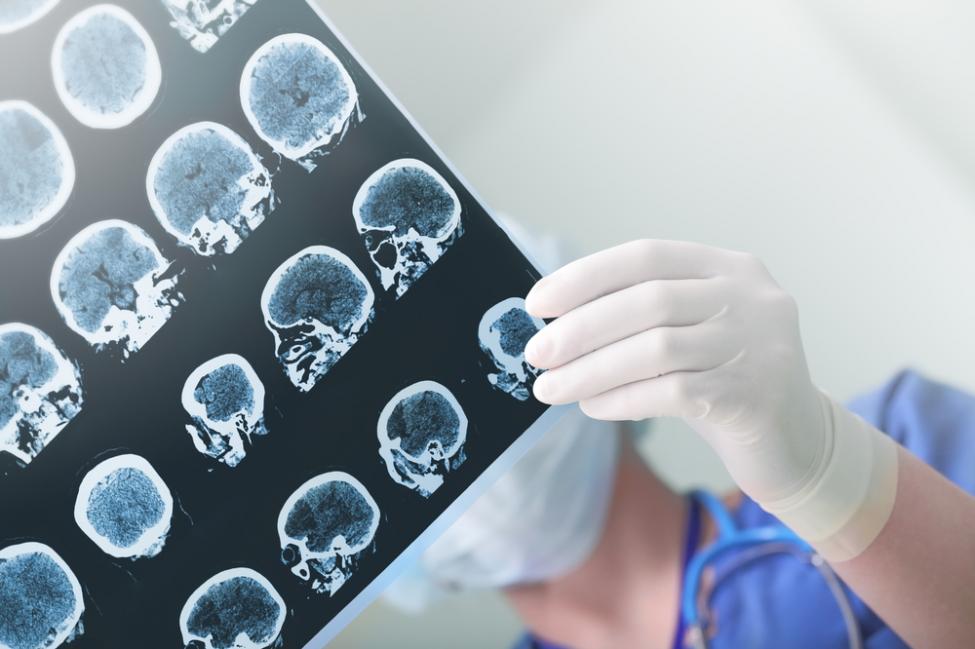 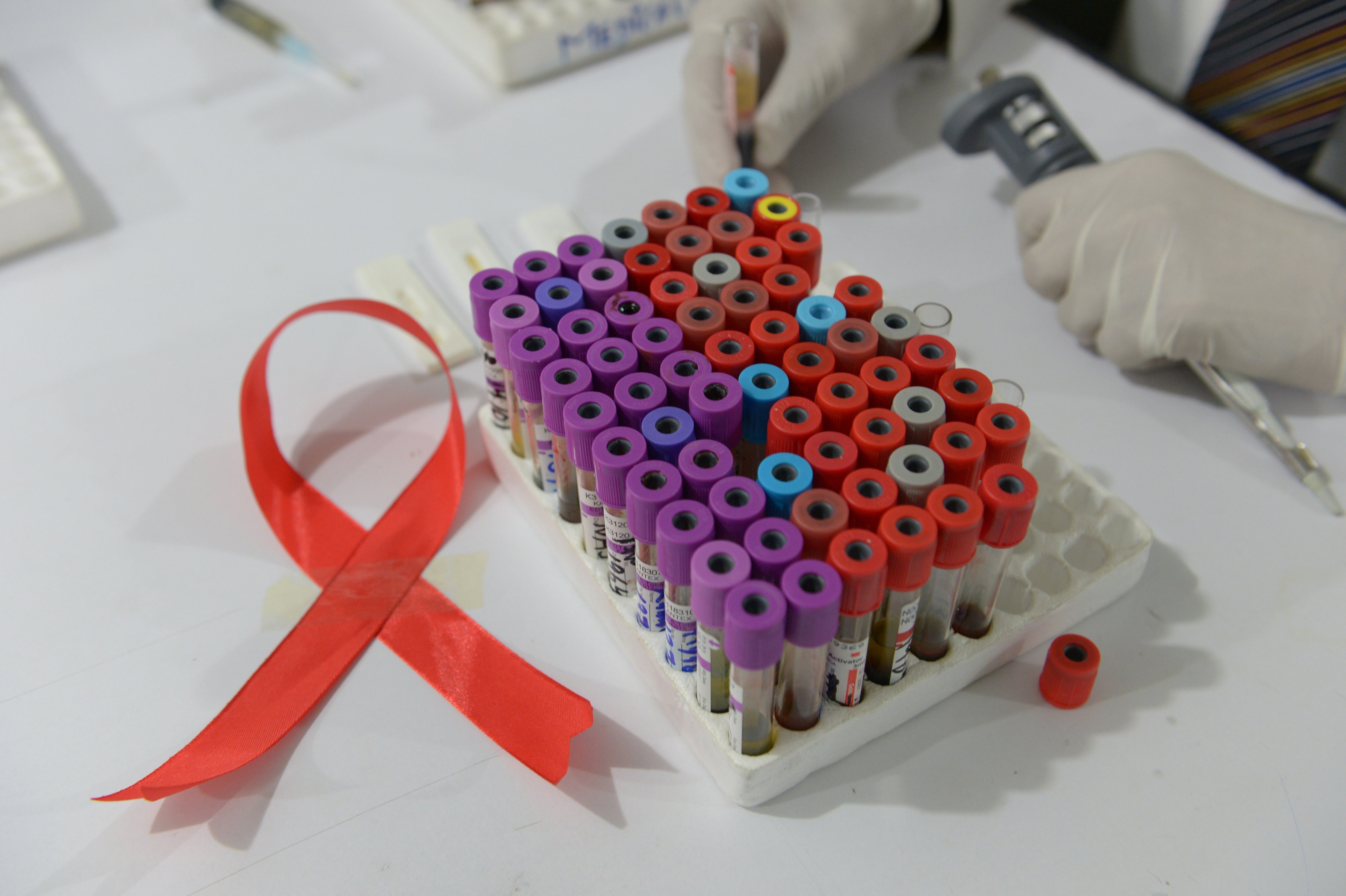 Researchers eliminated HIV from DNA of infected mice in first step towards cure Researchers have successfully eliminated HIV from the DNA of infected mice, a promising step toward a cure for the nearly 37 million people living with the virus. In a study published Tuesday in Nature Communications, researchers from Temple University’s Lewis Katz School of Medicine and the University of Nebraska Medical Center (UNMC) coupled genome editing technology with a slow-release virus suppression drug to eliminate HIV cells entirely from some infected mice. Current HIV treatment cannot eliminate the virus entirely but does suppress its replication. Antiretroviral therapy, or ART, requires lifelong use to stall the virus’ spread and, as a May study found, can potentially end the transmission of HIV between sexual partners. Testing their methods on a group of infected “humanized mice,” or rodents engineered to produce human T cells susceptible to HIV, researchers administered a treatment called LASER ART, or long-acting, slow-effective release ART, to suppress HIV cells from replicating.

Pesticide exposure linked to teen depression in agricultural communities Adolescents exposed to elevated levels of pesticides are at an increased risk of depression, according to a new study led by Jose R. Suarez-Lopez, MD, Ph.D., assistant professor in the Department of Family Medicine and Public Health at University of California San Diego School of Medicine. The study was published online (ahead of print) in June 2019 in the journal International Journal of Hygiene and Environmental Health. Suarez-Lopez and colleagues have been tracking the development of children living near agriculture in the Ecuadorian Andes since 2008. In this latest study, they examined 529 adolescents between the ages of 11 and 17. Ecuador is the world’s third-largest exporter of roses, with much of the flower production located near the homes of participants. Like many other agricultural crops, flowers are routinely sprayed with organophosphate insecticides, which are known to affect the human cholinergic system, a key system in the function of the brain and nervous system. 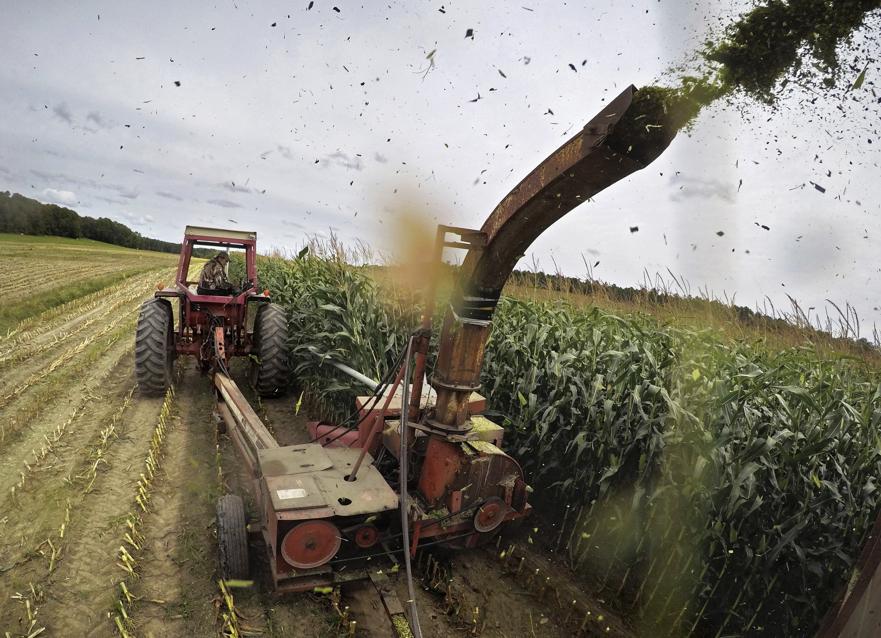 The Jolt: Warnings of a suicide spike among farmers in south Georgia News doesn’t always erupt. Sometimes it quietly pokes its head out, is overlooked, then tugs at a sleeve until someone pays attention. Over the weekend, the Associated Press reported that a University of Georgia researcher has warned of a potential uptick in suicides within the state’s agriculture community. The lede:

Scientists are learning more about suicides among Georgia farmers — and they say the aftermath of Hurricane Michael could bring more risks to rural areas.

The AP article was a rewrite of a WABE (90.1FM) piecethat aired last week, featuring research by Anna Scheyett, dean of the University of Georgia’s School of Social Work.

Nice work and I have the most humble respect to your efforts. If only western docs had your approach. I seem to have LPR, lots of burping, throat inflamed and hoarse, cant talk at times, bad breath, acid levels seem high in stomach. My joints burn at times when i eat acidic foods. Don’t want to use PPIs, etc, Recently was on intermittent fasting, changed my diet and lost 14lbs over a few months. I am slim by nature but my naturopath seems to think my not eating to time and possible bacteria may be the issue but this reflux is driving me insane. Blood test showed -ve for pylori but who knows with those/ Barium swallow xray was clear and throat endoscopy showed inflammation a month ago (that was before my throat got this hoarse). Can the silver/aloe treatment help? I am from the Caribbean and I do grow aloe vera in my yard. Any particular strain you recommend and how do I prepare and in what dose. ..In dire need of help and I do live a high stressed life like everyone else. 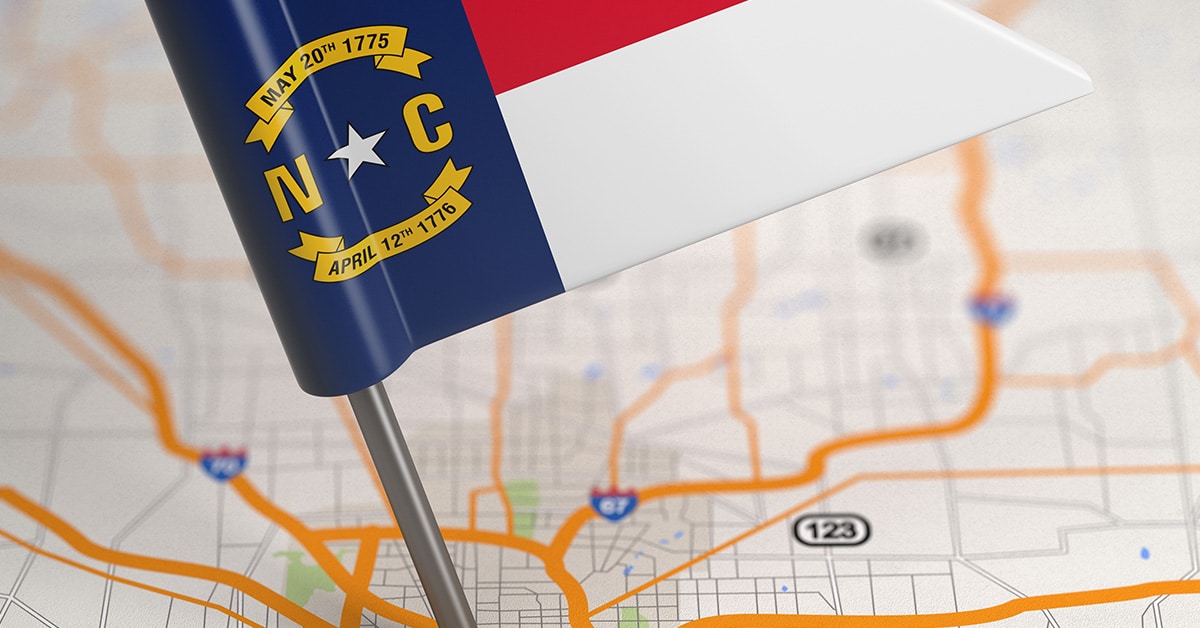 A licensing board shall not revoke, fail to renew, suspend, or take any other disciplinary action against a physician licensed under this Chapter, based solely on the physician’s recommendation that an eligible patient have access to an investigational adult stem cell treatment, or the physician’s administration of an investigational adult stem cell treatment to the eligible patient, provided that the recommendation made or the care provided is consistent with the applicable standard of care and the requirements of this Part.

The law also prohibits any state or local government agency or employee from interfering with an eligible patient’s access to an experimental stem cell treatment. The House passed H934 by a 114-0 vote. The Senate approved it with some technical amendments 42-0 and the House unanimously concurred with the amendments. With Gov. Cooper’s signature on July1, the law will go into effect on Dec. 1.