RFK Jr. to Sue NY State Robert Kennedy Jr.’s legal team is going to sue New York State for their recent repeal of the Religious Exemption to Vaccination. First I have a post from Rita Palma about this wonderful development, then underneath is all the information you need to make a donation to RFK Jr. and his Children’s Health Defense Fund which needs funding to complete this lawsuit on our behalf. If you want to donate through RFK Jr.’s website, click on this link:https://childrenshealthdefense.org/about-us/donate/ 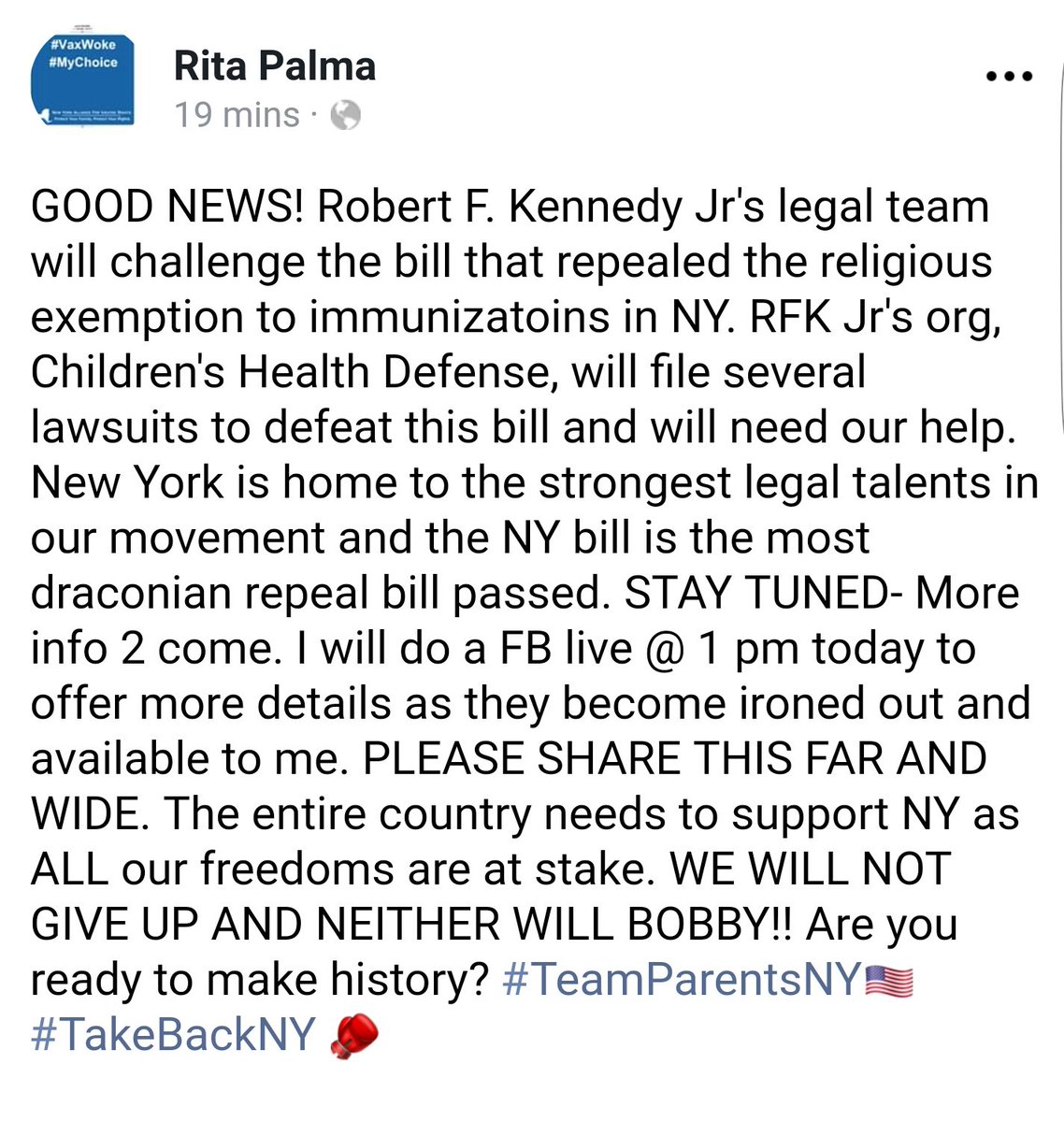 We just put our house on the market. We are refugees in our own country. Docs refuse to write medical exemptions because they now get persecuted by the state for writing them.

Fast food could cause dementia – and the damage is ‘irreversible’, scientists claim IT’s no secret that fast food isn’t the best for our waistline, but now scientists claim it could cause dementia. Experts say that unhealthy eating habits and a lack of exercises puts people at risk of a significant decline in brain function. A team at Australian National University found people are consuming an extra 650 calories every day, compared with what we were eating 50 years ago. That’s the equivalent of a burger, fries and a soft drink. But they say that they’ve proven a clear link between eating more and brain deterioration. Prof Nicolas Cherbuin, who led the research published in Frontiers in Neuroendocrinology, said: “We’ve found strong evidence that people’s unhealthy eating habits and lack of exercise for sustained periods of time puts them at serious risk of developing type 2 diabetes and significant declines in brain function, such as dementia and brain shrinkage.

Hi from the UK I am trying to locate a book could not get it on Amazon surprise surprise although I have managed obtaining some books.

It is an English doctor from the past Edgar Crookshank History and Pathology of Vaccinations. Yes I am a bit of a nerd I love reading books cannot get enough. Any help would be appreciated or similar books I could buy???

Many thanks Joann Allen

FDA Picks IBM, Walmart & Others for Blockchain Medication-Tracking Program The U.S. Food and Drug Administration (FDA) has tapped IBM, Walmart, Merck and KPMG to participate in a pilot project using blockchain technology to build a digital, interoperable network to monitor the country’s prescription drug supply chain. The companies announced the move this morning, in what amounts to a major vote of confidence in blockchain and its ability to shed light on the movement of prescription drugs and vaccines throughout the country. The blockchain network is designed to fulfill mandates of the U.S. Drug Supply Chain Security Act, potentially improving business operations, data sharing and drug quality, according to the news release.
“Blockchain could provide an important new approach to further improving trust in the biopharmaceutical supply chain,” Mark Treshock, IBM Global Solutions Leader for Blockchain in Healthcare and Life Sciences, said in a statement. “Blockchain has the potential to transform how pharmaceutical data is controlled, managed, shared and acted upon throughout the lifetime history of a drug.” Participants hope the blockchain pilot will enable better inventory tracking, easy and quick access to distribution data, more robust data sharing among stakeholders and greater insights into the integrity of prescription medications — right down to whether the drugs are stored at proper temperatures. 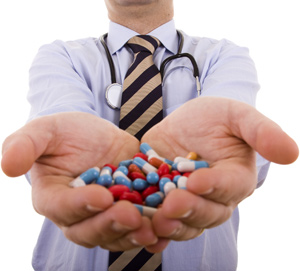 Antibiotic-resistant salmonella strain moves from China to U.S. The gene that makes salmonella resistant to antibiotics of last resort has finally made its way from Asia to the United States, a new study says. Researchers isolated the gene mcr-3.1 in a patient who had traveled to China two weeks before falling ill to salmonella, according to research published in the June edition of the Journal of Medical Microbiology. According to Thakur, the gene made its way from a chromosome to a plasmid in China. This illustrated the possibility it could move back and forth between organisms. So far, the gene has spread to 30 different countries, Thakur says, illustrating its transmission capability. Of the more than 2,500 salmonella serotypes in existence, Salmonella enterica causes much of the sickness related to the disease in the United States. “This is exactly what we have seen in our study. It is possible that this gene has spread even more than what we had imagined,” Thakur said. “The major consequence is that we are running out of drugs to treat multi-drug resistant infections. This will lead to higher mortality.”

The U.S. Is Purging Chinese Cancer Researchers From Top Institutions The dossier on cancer researcher Xifeng Wu was thick with intrigue, if hardly the stuff of a spy thriller. It contained findings that she’d improperly shared confidential information and accepted a half-dozen advisory roles at medical institutions in China. She might have weathered those allegations, but for a larger aspersion that was far more problematic: She was branded an oncological double agent. In recent decades, cancer research has become increasingly globalized, with scientists around the world pooling data and ideas to jointly study a disease that kills almost 10 million people a year. International collaborations are an intrinsic part of the U.S. National Cancer Institute’s Moonshot program, the government’s $1 billion blitz to double the pace of treatment discoveries by 2022. One of the program’s tag lines: “Cancer knows no borders.” 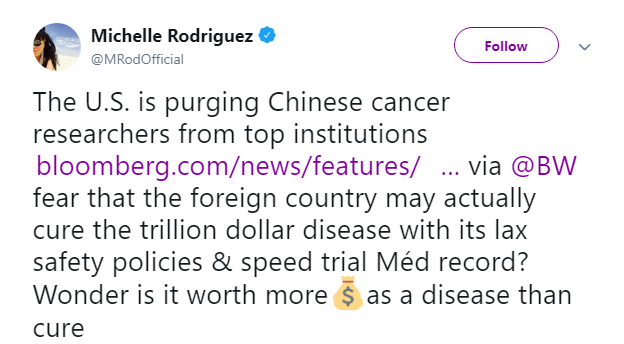 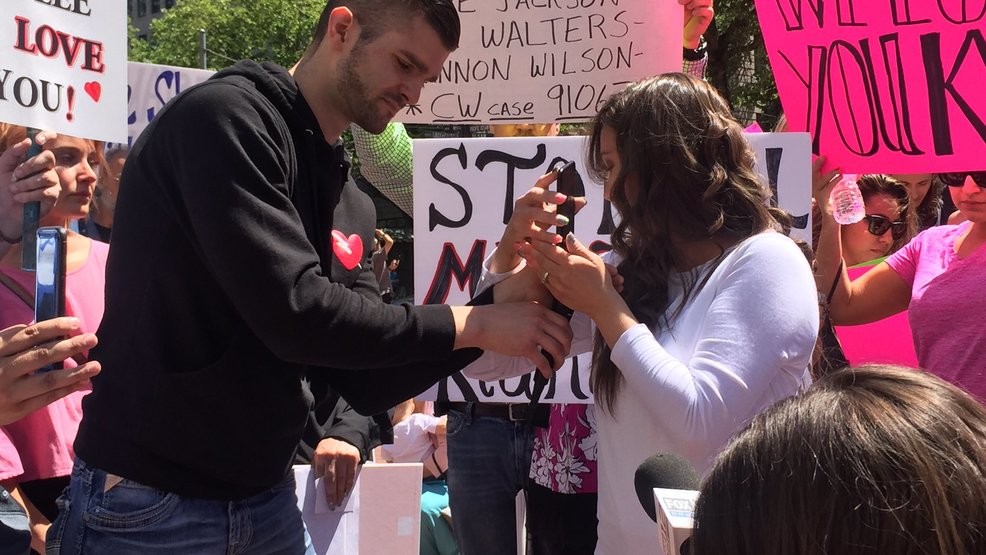 Family says DHS ‘stripped’ mom and daughter of their rights in battle against cancer A group of family members and supporters gathered at Pioneer Courthouse Square Saturday calling for a Wilsonville girl and her mother to be reunited after the Department of Human Services (DHS) recently took the girl into protective custody. Kylee Dixon and her mother, Christine, were reported missing earlier this week. Clackamas County Deputies say Christine ignored a court order to bring Kylee to DHS. Deputies told KATU News Kylee missed a surgery scheduled for June 6th. Authorities found the girl and her mother in Las Vegas Thursday. Family say Kylee was brought back to Oregon and is currently in foster care. Supporters and family say DHS has gone too far. Alena Pop, who says she is Christine’s sister, said Kylee has cancer. She said traditional treatment did not work so Christine began naturopathic treatments. Since beginning the naturopathic treatment, including the use of CBD, Pop said Kylee improved dramatically. Pop said her tumor shrank to ten percent of what it was during treatment in the hospital. 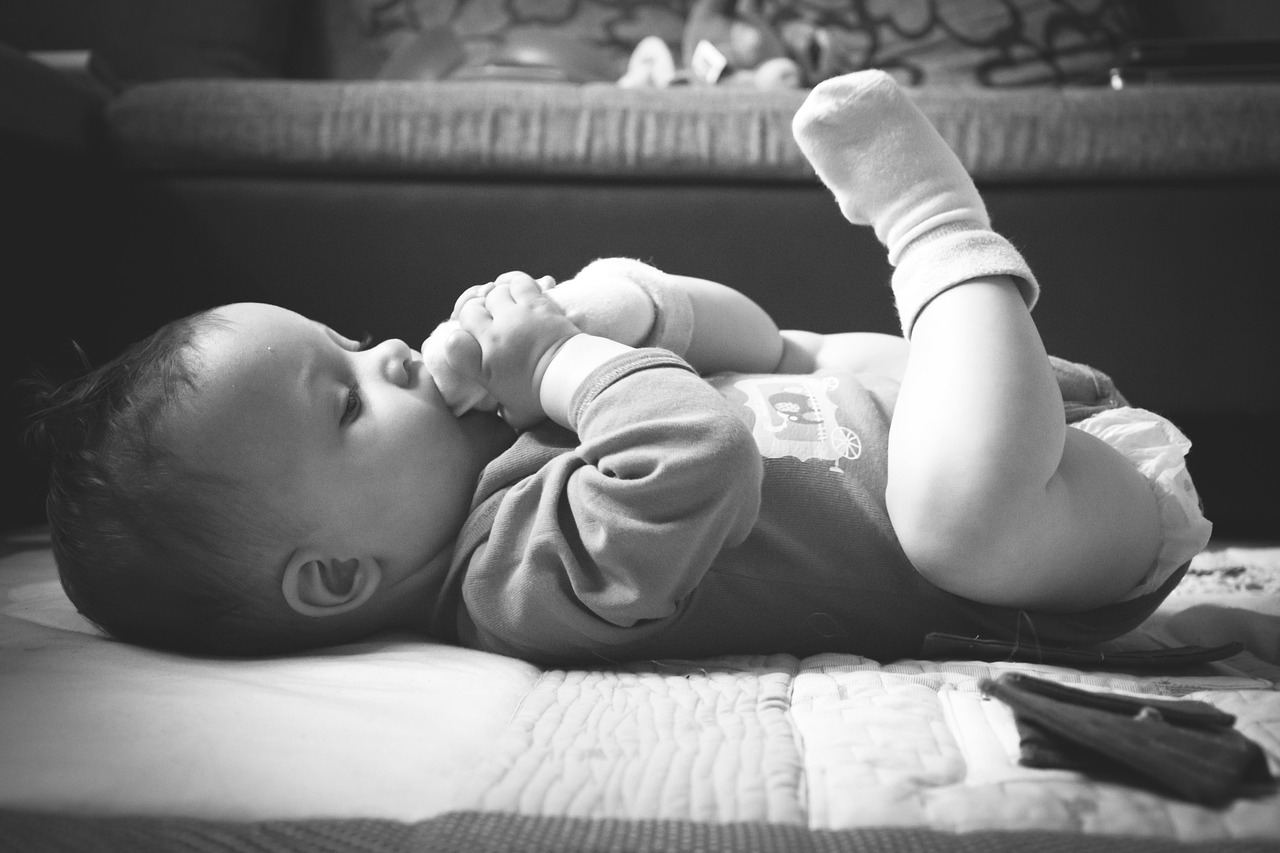 90% Of Baby Socks Found To Contain Bisphenol A And Parabens A team of scientists from the University of Granada (UGR), the Biohealth Research Institute in Granada (ibs.GRANADA), the city’s San Cecilio Clinical Hospital, and the Centre for Biomedical Research in Epidemiology and Public Health (CIBERESP) has found that 9 out of 10 pairs of socks for babies and children from 0-4 years old contain traces of bisphenol A and parabens. The hormonal activities of these two endocrine disruptors have been linked to dysfunctions that can trigger illnesses in both children and adults. This scientific study–the first of its kind to be conducted in Europe–reveals that fabrics can be a source of exposure to endocrine-disrupting chemical pollutants. This is of particular concern in the case of exposure among very young children. The researchers also discovered major differences in the amount of the toxic product detected, depending on the type of outlet selling the socks. Samples of 32 pairs of children’s socks (from newborns to aged 48 months) were analysed, having been purchased in three different types of retail outlet, classified according to the price range of their products. The three types were: local bargain retailer (three pairs for €1.50-€1.80); low-cost, fast-fashion international retailer (three pairs for €3.00-€4.50); and a higher-quality international retail clothing brand (three pairs for €6.95-€7.95).

Hi Super Don and Super Robert,
I heard you talk about cereals for breakfast, if a cereal is organic such as organic cheerios is that o.k. for children?
Sincerely Bill
P.S.
The more I listen the more I am convinced the day will come when women will say no to having children-children are toooo special to have non caring doctors hurt them

Can I please get the site where to purchase selenium that you highly recommend.

Thank you ☺️
Blessings to you and your team!!!

Hi Robert,
My name is Chad (I am a man, haha). I am remorseful to say that my kids have been vaccinated. But that was done before my wife and I had our eyes opened to the truth. My kids are teenagers now, and fortunately we never did the HPV shot. For some reason our gut just told us not to do that shot.

Hi Super Don,
I am really enjoying the VScience Bites.