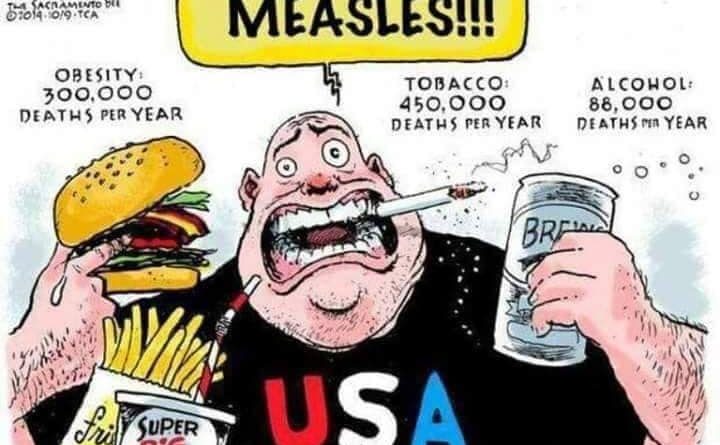 How Public Vaccine Policy Violates Our Right to Informed Consent In the mainstream discourse about the subject of vaccines, one issue that is never directly raised is the right to informed consent. This right is one of the most fundamental ethics in medicine, and yet the government and media treat it as uniquely irrelevant when it comes to this one particular pharmaceutical product. The reality is that public vaccine policy subjects the entire population to a mass uncontrolled experiment, and legislation mandating their consumption constitutes a serious threat to both our health and our liberty. The major corporate media, for their part, have chosen to take on the role, in dutiful service to the state, of policy advocacy rather than journalism. So let’s remedy that failure by taking a serious look at public vaccine policy in the context of the right to informed consent. (While focusing primarily on the US population, the information that follows also bears relevancy for other countries.) We’re supposed to believe that somehow the science is “settled” on vaccines. But that belief is preposterous. The reality is that there is endless debate and controversy about vaccines in the medical literature. The major corporate media don’t even begin to scratch the surface in their reporting on vaccines. There are countless serious issues related to vaccination that the public have no idea about because health officials and the media refuse to even touch them. The news media just repeat the same routine talking points in virtually every broadcast or article on the subject, spitting out misinformative propaganda instead of educational content.

Just like Groucho Marx, I was born at a very early age; some decades later than he – I am, in fact, a 1949 vintage (suave,charmingly fruity with a hint of sageness). There are also other similarities between us; both of us saw that humanity as a whole has but one principle ill – banking. Groucho showed this very clearly in many of his stage performances and films by exaggerating what was going on to the point of ridiculousness. Unfortunately, many failed to understand what he was trying to tell them and, so, just let things proceed to a second World War and the present exertions of the bankers to force a war between Russia and the USA. Similarly, George Carlin and others have also made plain with their comedy just what needs to be changed but, although many listened, unless you actually DO something, then the banker’s plan for World War Three will come to fruition. I, and others, have chosen a different task; that of showing exactly HOW to change things and what the advantages for you personally are. My journey began in the 1960’s at a time when many articles appeared in the newspapers in England concerning the question of healing; is it real, is it true or is it just a way of extracting money from the hopelessly ill? There were many stories of people who had received death sentences from the medical profession, had then turned to healers and regained complete health. When the doctors of medicine were asked to comment upon these “miracles”, they replied that not healing but “spontaneous remission” had taken place. Asked 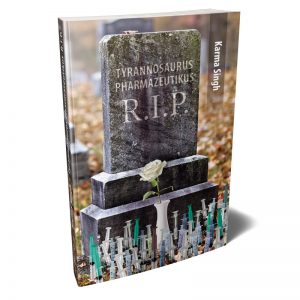 what the difference between healing and spontaneous remission is and how they could determine this, the doctors gave one of two replies:
The most common reply was ………………………. (nothing – the question was simply ignored.) The second answer was, “You are not a doctor; you wouldn’t understand.”

Not being satisfied by either answer, I set out (as a schoolboy) to find out for myself. I was privileged to be allowed to observe many healers at work and was able to rapidly determine that healing is real; that it does work. The next question which I asked myself was then, “what is special about these people who can do it?” Although it took quite some time and I was at university before I found the answer, I can now reveal to you that the answer is: “nothing at all!!” “Well. If that is so,“ I said to myself, “how can I do it?” Finding answers, of which there are many, to this question took the longest continuous effort. For almost 15 years, researching this was my hobby and then, in 1985, my life was turned up-side-down (or maybe finally right-side-up) and my hobby became my profession. In 1987 I became a travelling healer and have been more or less constantly on the road since then. 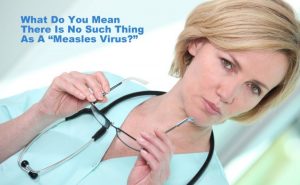 WHAT “Measles Virus?” One would think that there must be hundreds of people in the pharmaceutical industry, the CDC, the FDA etc., et.al. who could easily pocket this reward by laying the proof upon the table. NOT SO!  Only one has even tried, he chose the measles virus as his proof and he failed! He even went to Germany’s highest court in an attempt to get the prize. The problem he had, as the judges rightly pointed out, was that his evidence was not continuous. He tried to claim the prize with a sheaf of different scientific papers none of which proved the existence of viruses. His attempt, however, was based upon the concept of “inference,”i.e. he said that because report a) says this and report b) this and report c) this etc., we must infer that they, taken together, prove the existence of the measles virus. Now “inference”, in scientific circles, is an “upper class” word for“guess” so he was saying that guesswork proves the existence of the measles virus. The judges, whose business it is to weigh evidence impartially, disagreed and told him, in December 2016, that guesswork is NOT proof!

Karma hit on the following points:

HHS Announces Final Conscience Rule Protecting Health Care Entities and Individuals The U.S. Department of Health and Human Services (HHS) Office for Civil Rights (OCR) announced today the issuance of the final conscience rule that protects individuals and health care entities from discrimination on the basis of their exercise of conscience in HHS-funded programs. Just as OCR enforces other civil rights, the rule implements full and robust enforcement of approximately 25 provisions passed by Congress protecting longstanding conscience rights in healthcare. The final rule fulfills President Trump’s promise to promote and protect the fundamental and unalienable rights of conscience and religious liberty, a promise he made when he signed an executive order in May 2017 protecting religious liberty.  In October 2017, the Department of Justice issued guidance encouraging other Departments, including HHS, to implement and enforce all relevant religious freedom laws. As a result, in January 2018, following the launch of its new Conscience and Religious Freedom Division, HHS announced the proposed conscience rule.  OCR received over 242,000 public comments, and analyzed and carefully considered all comments submitted from the public on the proposed conscience regulation before finalizing it.

Thank you for all of the amazing healthy information you share!

Do you know how I can purchase the Qi-Technologies devices (Qi-Shield, Qi-Me) in the U.S.?

Hi Dr. Bell,
Thanks for coming to Toronto last month! It was great to meet you and hear you speak.
It’s great that you empowered the audience to understand that the power to heal is ours and not in big pharmas but … I need some help and advice from you.
I lost your card with email address, so I hope this will get to you. Sadly, last week I got blood results back, and while many health markers like HDL, Triglycerides, hgbH2C have gotten better, my Alanine Aminotransferase got much worse (from 39U/L to 113 ; Canadian limit <36). So I will now go ask for MRI to see how bad the non alcoholic fatty liver is, but I do want to heal naturally with food and minerals. And I will not accept prescriptions that I expect my doctor will offer. Even my fasting glucose is oddly high at 106, up from 95 (I had fasted for 17hrs before blood work)
I have switched to organic foods almost 2yrs ago, I don’t drink alcohol (maybe 1 glass every 3 months), I use brita water, I gave up all forms of sugar in January ’19 (but have a small piece of dessert every other month). I’m mostly plant based (as I follow Dr. Gundry’s lectin free food lists-so no simple carbs, little meat/fish/eggs, and mostly greens). I’m 47, 5-4” and 137lbs and can’t seem to get the weight off. I do 5 days of FMD (Dr. Longo’s Prolon) each month, to help lose weight, but I put it back on during the next 3 weeks… 24-48hr water fasting helps too, but weight comes back.
I’m very committed to staying healthy … 2 yrs ago I got a scare with a malignant mole being removed, and started really taking my health seriously. So to find out that the Alanine got worse is freaking me out … clearly I’m not doing something. I don’t know what I don’t know, so I’m hoping you can guide me.
How much selenium should I take? Would gtf chromium help? One of your slides you shared showed selenium, silica, magnesium,GTF chromium and HR (not all available in Canada, but Mega and innate do ship).
Help!!! Any advice would be greatly appreciated.

My question is can anything heal a tooth(molar) when bacteria affects the nerve?
My old filling broke, went to tge dentist two days later he states that no crown since bacteria is in nerve. I have no pain….I know that means nothing.
Root canal is out. Only extraction is option. Then implant as he claims teeth will move and such. I think he sees $$$$$. I thought about applying Soverign Silver to tooth for maybe so kind of absortion. Then taking say AHHC or Allican -C to combat bacteria internally. I will get a 2nd opinion as well but healing my nerve and hopefully getting the tooth capped is my desire. Thanks for your dedication to healing the body, mind and spirit!