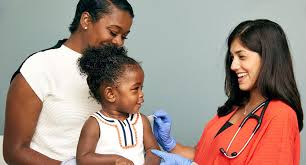 New Weapon Against Anti-Vaxxers: Smiling Kids Getting Shots Amid the sudden rise in health emergencies linked to unvaccinated  children—including the largest measles outbreakin history—a national pediatric group has fought back with a campaign that deploys images of happy children getting their vaccine shots. The new photos are also intended to disassociate vaccinations from having a negative, painful experience⁠—most articles about vaccines use photos of crying children, according to Dr. Sean O’Leary, an AAP spokesperson and professor of pediatrics at the University of Colorado. The gallery is free and, according to AAP, medically accurate⁠—it depicts the correct types of syringes used in administering vaccines.

I am wanting to implement your “Healing The Gut With The Silver Aloe Protocol” from youtube for treating autoimmune related condition. While I have Sovereign silver I am unable to get Stockton aloe because I live in Australia—will any good quality organic preservative free aloe juice work? And approx how long should I continue the 3 times per day dosing? 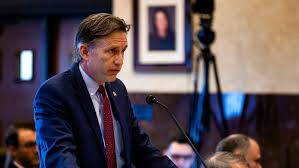 Johnson & Johnson Loses Landmark Opioid Case, Pays $572M A ruling in a landmark legal case over the opioid crisis has Johnson and Johnson being ordered to pay the state of Oklahoma $572 million in the first trial of an opioid manufacturer for the destruction wrought by prescription painkillers. A judge ruled that Johnson & Johnson bears responsibility for helping to fuel the state’s opioid epidemic by aggressively marketing painkillers and, in collaboration with poppy growers in Tasmania, supplied 60 percent of the opiate ingredients that drug companies used for opioids like oxycodone. The verdict comes in the first case to go to trial of more than 2,000 brought by state and local municipalities nationwide seeking to hold the pharmaceutical industry accountable for widespread opioid abuse. Oklahoma Attorney General Mike Hunter filed suit in 2017, alleging several drug companies created a “public nuisance” through deceptive marketing that encouraged over-prescription and an oversupply of opioid-laced medications which created an epidemic of abuse. Hunter has said that Johnson and Johnson has acted like a “drug kingpin.” The “public nuisance” argument that was previously used successfully to fight Big Tobacco is expected to now be used in opioid lawsuits set to go to trial in Ohio this fall. In addition to the cases in Ohio, suits were filed last week in West Virginia accusing Johnson & Johnson, as well as Teva, of misrepresenting the risks of their opioid products. 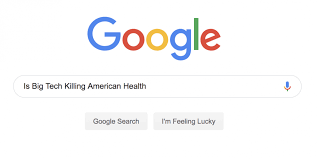 Is Big Tech Killing American Health? On Thursday, just moments away from showtime, the popular and controversial live-internet news show, The HighWire with Del Bigtree, hit a snag. On Facebook, where the show has nearly 150,000 followers, the social media platform refused to allow the new episode to go live, as it has each week for over two years. No prior warning was given by Facebook, and there has been no explanation since. Meanwhile, the show streamed live on all other platforms, including The HighWire’s own website, and in just a short time, has become one of the most watched episodes to date. Bigtree opened the show by saying, “For some reason, Facebook is not letting our feed go live…this is the world we now live in. None of us ever thought this moment would come. We never thought in the United States of America there’d be people deciding what is allowed to be discussed, what they’re allowed to say, and certainly what’s allowed to be in the media.”  Did Facebook have an issue with HighWire guest, Carey Gillam, long-time reporter covering the agrochemical industry? Gillam recently learned through discovery documents that Monsanto had an “intelligence fusion center” aimed at her and others which actively attempted to disrupt their careers and honest reporting. Or maybe it was HighWire’s reporting of a new studypublished in JAMA Pediatrics, which found maternal fluoride exposure during pregnancy was associated with a 4.5 point decrease in IQ among boys. Perhaps it was the interview with Dr. Andrew Wakefield, where he laid out compelling evidence that a mutation of the measles virus caused by waning natural immunity and increased vaccination rates could be putting every American at risk for a new form of mutant measles.  Wakefield illustrated how industry is aware of this ticking time-bomb yet still pushes an increasingly ineffective MMR vaccine while blaming ‘anti-vaxxers’ as a scapegoat for outbreaks, even among the vaccinated.