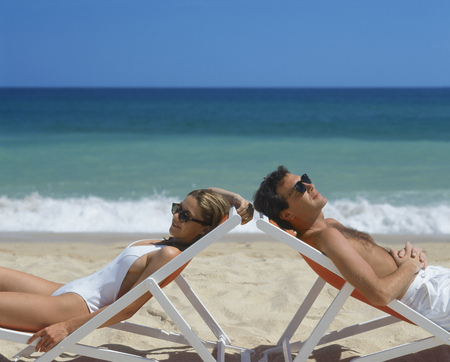 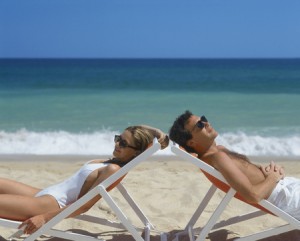 By increasing circulating levels of vitamin D, sunbathing may help increase men’s testosterone levels and thereby their sex drive, according to a study conducted by researchers from the Medical University of Graz, Austria, and published in the journal Clinical Endocrinology.

“Men who ensure that their body is at least sufficiently supplied with vitamin D are doing good for their testosterone levels and their libido among other things,” said Ad Brand of the Netherlands-based Sunlight Research Forum.

Vitamin D is produced by the body upon exposure to sunlight. Scientists recommend that light-skinned people get at least 15 minutes of direct sun per day on their face and hands, while darker skinned people may need up to three times as much. The body can synthesize all the vitamin D it needs in a fraction of the time it takes to sunburn.

“Enjoying the sun safely while taking care not to burn should help people strike a balance between making enough vitamin D and avoiding a higher risk of skin cancer,” said Jessica Harris of Cancer Research UK.

Sunscreen blocks the ultraviolet radiation necessary for the body to synthesize vitamin D.

As people spend less time in the sun, vitamin D deficiency has become an issue of growing concern, especially in regions far from the Equator where the sun is weaker.

Vitamin D is now known to not only help the body develop and maintain a healthy skeleton, but also to help regulate the immune system and prevent against chronic health conditions such as heart disease, dementia and cancer.