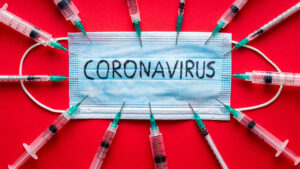 The New Covid Resistance Despite the Trump election challenges, despite the Georgia Senate runoff that has turned Loeffler, Warnock, Perdue and Ossoff into unlikely household names, the most intriguing consequence of the 2020 election is Nancy Pelosi’s slim Democratic majority in the House. How did that happen? The unexpected result suggests that, like much else in 2020, something is causing beliefs and allegiances to shift in the U.S. One of those forces is Covid-19. Joe Biden made a core voting issue out of President Trump’s leadership and statements during the early months of the pandemic. Some 10 endless months later, with a resurgence of infections and hospitalizations, we have entered a new phase of the country’s experience with Covid. The terms of the relationship between political leadership and public assent to that leadership are being reset. 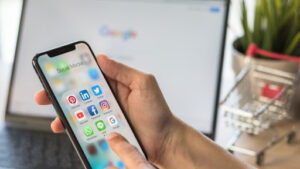 Normalization of vaccine misinformation on social media amid COVID ‘a huge problem’ Social media posts containing vaccine misinformation not only have increased since the pandemic began, they’re more likely to coexist alongside less extreme content, effectively normalizing them and possibly delaying wider acceptance of a COVID-19 vaccine, experts told ABC News. Analysts with Graphika, a firm that tracks social media misinformation, said that members of the anti-vaccine community, some already with large followings, have since absorbed individuals previously entrenched in similar groups tied to wellness or alternative medicine or unfounded conspiracy theories. Melanie Smith, head of analysis at Graphika, said anti-vaccination communities now engage online more with posts about pop culture, celebrities and politics, producing tailored messages that can amplify their cause. Posting a wider array of content is a strategy used by other fringe online groups, including some tied to white supremacy or extremist views, Smith added. “It’s indicative of any way that a community has been successful online, which is to focus on one specific belief or one specific narrative and then slowly expand it outwards,” she said. “So [vaccines] won’t be the only thing they talk about — they talk about things like music and sport, so the idea is that you are part of a community that is larger than this one thing that brought you into it, which can be really strong for the drive to belong to something.” 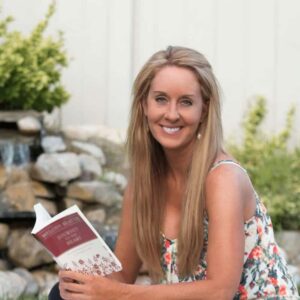 It was 2001, and my life was at a stand-still. My little boy had been diagnosed with severe asthma and “Failure to Thrive.” He was below the fifth percentile for weight and in a revolving door of desperate pediatric visits and hospitalizations, on growth-stunting steroids, antibiotics, and bronchodilators–and the pediatric and E.R. doctors couldn’t seem to help him. I knew there had to be a way for my son and me to live healthy, happy, fully functional lives – but as I sat in the pediatrician’s office, being told again that all they had to offer was drugs, and more drugs…I realized it was up to me to find the solution. What did I have to lose? The short answer is: about 70 pounds and 21 disease diagnoses of my own. But what I gained is the real story: My son and I got our lives back. No more panic attacks. No more emergency room visits. No more dangerous prescription cocktails. No more antibiotics. My son emerged from illness and I left obesity and many diagnoses and drugs behind, by shifting to a whole-foods, mostly plant-based diet. Now I’m on a mission to educate and empower families all over the world to be healthier and happier, despite living in an increasingly toxic world. I launched GreenSmoothieGirl.com in 2007, to share my experiences with the world and help others feel and look younger and healthier than ever before. Over the last decade, my team and I have turned “green smoothie” into a household word and helped people all over the world reclaim their health through delicious recipes, a podcast series that accesses the knowledge of the world’s leading experts in functional medicine and holistic health, online courses on everything from hormone balancing to detoxification, and a blog dedicated to nutrition and wellness. 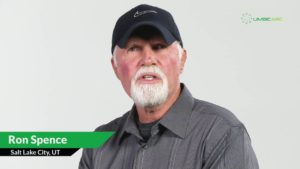 Ron grew up on a dairy farm in Western Pennsylvania and was taught the value of hard work at a young age.  After high school Ron worked various jobs and paid for his own education with degrees in science and an MBA. He became a Vice President of one of the largest computer service providers in the US (ADP) and with that knowledge opened his own service provider company that became the largest in his market niche industry. He was later recruited by Sanyo Electronics as a senior Vice President and he soon became one of the CEO’s within the computer division of this multi-billion-dollar electronics powerhouse. Along the way he got sick and for over 10 years under the management of western medicine he got worse until he no longer wanted to live. By providence he met a young lady who was over 100 years old and a practicing naturopath. She placed his feet on the right path and he was able to restore his health within months after losing over a decade of life, at the prime of my life. This new found knowledge changed the direction of his life and for the next 30 years has done investigative research on health and nutrition, discovering cutting edge technologies that can make a major difference in people’s lives. However, this new path has also led him to discover the many falsehoods that exist in our current reality of which he is driven to expose.  Ron has built a number of large sales organizations while sharing his life’s research and experiences. Ron has retired a long time ago however the universe will not allow him to rest. Wait until you hear what he is doing now. 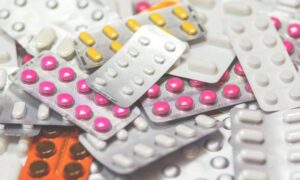 Opioid Prescribing for High-Risk Patients Continues to Rise Since the publication of the Centers for Disease Control and Prevention’s (CDC’s) opioid guideline in March 2016, there has been a substantial drop in the prescription rate for these medications ― except for patients at highest risk for opioid abuse and overdose, new research shows. Results of a large cross-sectional study show that opioid prescriptions for patients with depression, anxiety, or a substance abuse disorder have increased since the guideline for noncancer pain was published. “The opioid prescription rate is going down, but not in the right populations,” study investigator Jeffrey F. Scherrer, PhD, professor, Department of Family and Community Medicine, St. Louis University School of Medicine, St. Louis, Missouri, told Medscape Medical News. “Prescriptions for high-risk opioids are not going down in the populations we’re most concerned about in terms of becoming chronic opioid users and developing misuse, and overdoses.” The study was published online December 2 in JAMA Network Open 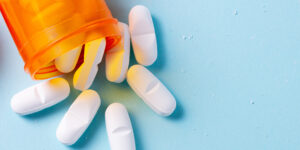 FDA Shuts Down Natural Pain Options FDA-approved pain medicines are dangerous, but the government is systematically attacking safer, non-addictive natural treatments. Action Alert! A recent study in Switzerland found that acetaminophen poisoning increased by 40% following the approval of 1,000mg doses. This is just the latest data to indicate the public health problems caused by this commonly used pain drug, which is the active ingredient in Tylenol. Despite the dangers of FDA-approved pain drugs, the federal government aggressively attacks and censors natural pain medicines like homeopathic treatments, CBD, medical foods, and supplements. This needless suffering must end. We’ve written for years about the dangers of acetaminophen. It is the most commonly prescribed class of drugs despite causing 50 percent of all liver failure in the US. According to the FDA’s adverse event database, acetaminophen has caused more than 100,000 adverse events and more than 78,000 serious adverse events, including 24,000 deaths. It has also been linked to asthma and hearing loss. Overdoses involving opioids killed nearly 47,000 people in 2018 alone. Now consider the federal government’s approach to natural pain medicines. The FDA essentially banned all injectable homeopathic medicines, which includes Traumeel, a prescription-only homeopathic medicine for pain with an extremely robust safety profile. 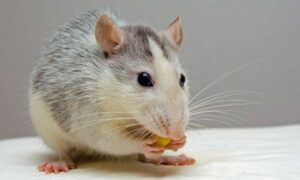 Glyphosate can create biomarkers predicting disease in future generations Exposure to the widely used weed-killer glyphosate makes genetic changes to rats that can be linked to increased disease in their grandchildren and great-grandchildren, a new study has found. The study provides evidence that glyphosate-induced changes to sperm from exposed rats could be used as biomarkers for determining propensity in subsequent generations for prostate and kidney diseases as well as obesity and incurring multiple diseases at once. In fact, by the time third- and fourth-generation rats whose predecessors had been exposed to the chemical were middle-aged, 90% had one or more of these health problems, a dramatically higher rate than the control group. While limited in scope, the study, which tested generational groups of around 50 rats each, provides a proof of concept that could lead to a new medical diagnostic tool, said Michael Skinner, the corresponding author on the study published in the journal Epigenetics on Dec. 9. “While we can’t fix what’s wrong in the individual who is exposed, we can potentially use this to diagnose if someone has a higher chance of getting kidney or prostate disease later in life, and then prescribe a therapeutic or lifestyle change to help mitigate or prevent the disease,” said Skinner, a professor of biological sciences at Washington State University.