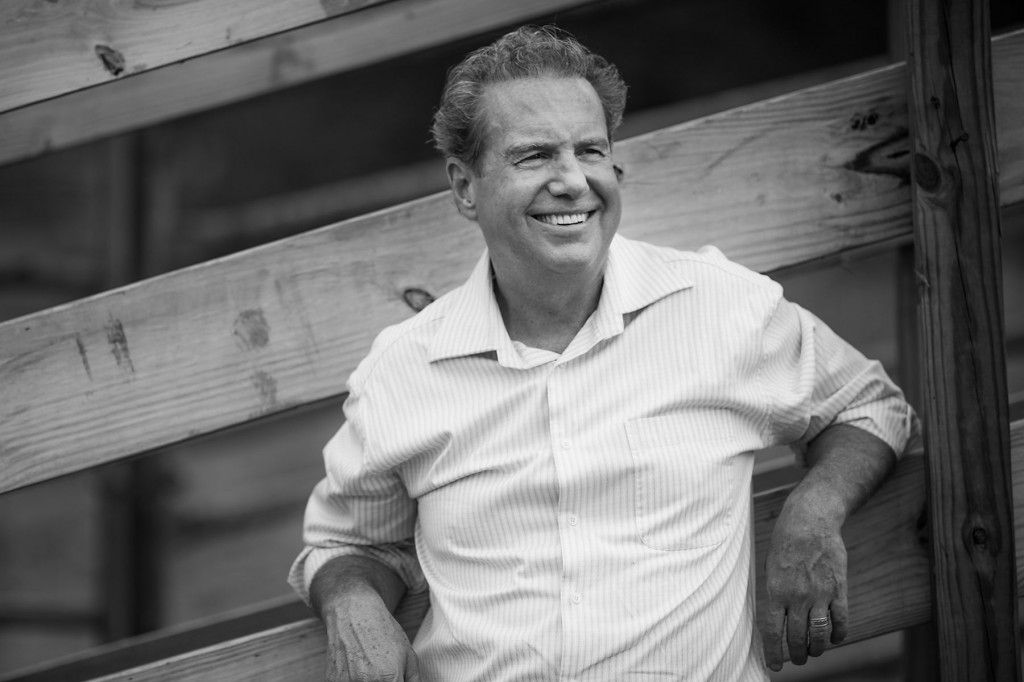 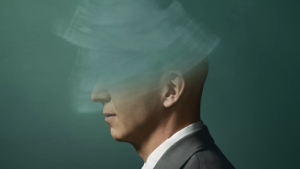 The self-silencing majority I know a lot of people who live in fear of saying what they really think. In red America and in blue America — and, perhaps more so, on the red internet and the blue internet — we are in the grip of an epidemic of self-silencing. What you censor, of course, depends on where you sit. My liberal friends who live in red America confess to avoiding discussions of masks, Dominion, Ted Cruz, Josh Hawley, the 2020 election and Donald Trump, to name just a few. When those who disagree with the surrounding majority speak their mind, they suffer the consequences. I think here of my friend, the conservative writer David French, who for four years endured an avalanche of horrific attacks against himself and his family for criticizing the Trump administration that ultimately required the intervention of the FBI. But there are two illiberal cultures swallowing up the country. I know because I live in blue America, in a world awash in NPR tote bags and front lawn signs proclaiming the social justice bonafides of the family inside. In my America, the people who keep quiet don’t fear the wrath of Trump supporters. They fear the illiberal left. They are feminists who believe there are biological differences between men and women. Journalists who believe their job is to tell the truth about the world, even when it’s inconvenient. Doctors whose only creed is science. Lawyers who will not compromise on the principle of equal treatment under the law. Professors who seek the freedom to write and research without fear of being smeared. In short, they are centrists, libertarians, liberals and progressives who do not ascribe to every single aspect of the new far-left orthodoxy. 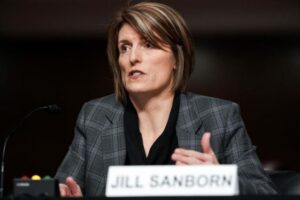 As the Insurrection Narrative Crumbles, Democrats Cling to it More Desperately Than Ever Twice in the last six weeks, warnings were issued about imminent, grave threats to public safety posed by the same type of right-wing extremists who rioted at the Capitol on January 6. And both times, these warnings ushered in severe security measures only to prove utterly baseless. First we had the hysteria over the violence we were told was likely to occur at numerous state capitols on Inauguration Day. “Law enforcement and state officials are on high alert for potentially violent protests in the lead-up to Inauguration Day, with some state capitols boarded up and others temporarily closed ahead of Wednesday’s ceremony,” announced CNN. In an even scarier formulation, NPR intoned that “the FBI is warning of protests and potential violence in all 50 state capitals ahead of President-elect Joe Biden’s inauguration.” The resulting clampdowns were as extreme as the dire warnings. Washington, D.C. was militarized more than at any point since the 9/11 attack. The military was highly visible on the streets. And, described The Washington Post, “state capitols nationwide locked down, with windows boarded up, National Guard troops deployed and states of emergency preemptively declared as authorities braced for potential violence Sunday mimicking the Jan. 6 attack on the U.S. Capitol by a mob of pro-Trump rioters.” All of this, said the paper, “reflected the anxious state of the country ahead of planned demonstrations.” 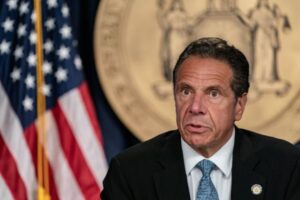 Report: Cuomo aides rewrote report to mask number of nursing home deaths Last July, when top aides to New York Gov. Andrew Cuomo (D) learned that a report written by state health officials included the number of nursing home residents who died in the coronavirus pandemic, they intervened and rewrote the document, removing the data, The New York Times reports. At the time, the death toll was more than 9,000 — a number that had not been made public, the Times reports. Earlier this year, after New York Attorney General Letitia James released a report saying the state seriously undercounted the number of nursing home COVID-19 deaths, Cuomo released the complete data. He said the number was kept under wraps over fears the Trump administration may have used it to launch a politically-motivated investigation into how New York handled the pandemic in nursing homes. After reviewing documents and interviewing six people with direct knowledge of the matter, the Times found that Cuomo and his senior aides began concealing the number of deaths well before federal authorities started asking for the data. The report written by state health officials put the death toll at 50 percent higher than the number the Cuomo administration was publicly citing, the Times reports. Cuomo aides began pushing to simplify the number, the Times says, and that’s when health officials became concerned that it would no longer be an accurate scientific report. 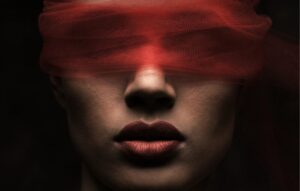 Your Right to Refuse a Health Passport At a press conference this afternoon, New York’s now disgraced Governor Andrew Cuomo provided details of the health passport program he had announced a day prior. The scheme should send chills down the spine of anyone who believes in the importance of civil liberties and the integrity of the individual. In order to attend events of a certain size, attendees will have to demonstrate either that they have been vaccinated or tested negative for Covid-19 within the past 72 hours. Incidentally, the only way to provide such evidence is to download the “Excelsior Pass,” developed “in partnership with IBM.” In an irony that would be hilarious were it not so disturbing, the Governor’s website promises “[r]obust privacy protections . . . woven throughout the digital health pass solution.” A cynic might also note that once again, a big tech company is benefitting from illiberal policies enacted in response to the pandemic. The authoritarian nature of this program should not be underestimated. Anyone who enjoys attending or plans to attend a large event is now under enormous pressure to get vaccinated. I am by no means anti-vaccine as a general matter, and I believe that the Covid-19 vaccines can provide a substantial benefit to many people, especially vulnerable populations. But there are real risks to receiving it, especially given the new nature of the technology employed by the Moderna and Pfizer vaccines, and the fact that they have received emergency use authorizations rather than full market approval. As evolutionary biologists Heather Heying and Bret Weinstein have explained, public health authorities tend to downplay the dangers of immunizations in order to convince more people to get them – a version of game theory – in order to achieve herd immunity through inoculation.

Hi,
I would like to know what Dr King has or recommends for seasonal allergies plus mold allergy.
Thanks so much
Rita

Do You Suffer from Seasonal Allergies?

If so, you’ve come to the right place. Dr. King has been helping people overcome allergies naturally for more than 40 years.

Allergies are increasing worldwide, and scientists think it could be due to rising pollen counts from climate change.

But there’s another reason you may not have considered: the Industrial Revolution.

It brought mankind many modern products and conveniences, but it also brought many pollutants.

There are now more than 80,000 man-made chemicals circulating in the air, water, soil, and food. They are in products we use every day. Some are known to be toxic, but most have never been tested for safety.

Toxins and Allergies are Inseparable!

Toxins are cumulative, and they build up in the tissues of living organisms (like us) through years and decades. No matter how clean a lifestyle we live, we all carry toxins. (Even unborn babies[1] and wild polar bears[2] carry hundreds of toxins within them!)

Many toxins damage internal organs, and make it more difficult for the body to detoxify itself. Consequently, immune systems have become weaker, which causes more hay fever and allergic reactions, as well as inflammation and many chronic conditions.

From Victim to Victor

It may seem hopeless, this unavoidable toxic assault of all life on Earth, but it’s not. We had the Industrial Revolution … and now The Healing Revolution® is here to help!

The most remarkably simple and effective way to eliminate the symptoms of both allergies and toxicities is through homeopathic medicine.

For more than 200 years, homeopathy has continuously proven itself around the world as a safe, natural solution to ailments of all types, including allergies and detoxification. And it does so gently, without drastic changes to your diet and lifestyle.

Homeopathy awakens the body’s natural ability to overcome symptoms at the root cause. And best of all, it’s safe for all ages, causes no known negative side effects, and has no contraindications.

It’s simple really: Where you live will determine which allergens will affect you. If you live on the border of two regions, you may be affected by allergens in both. You may also have residual effects from the area you lived previously or were born in. In either case, consider combining formulas for greater effectiveness.

You said that the animal oral health can be used for humans.  I have two bottles; one for my cat and one for me.  How do I use it?  Is it swished in my mouth or just swallowed? Do I mix it with water or just squirt it in my mouth?  I’m looking forward to happy gums and teeth.
Thank You
Linnea 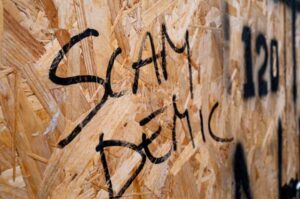 You mentioned an event on fear this weekend that Sherri Tenpenny will be speaking at. I couldn’t find a link to register for this event on your page or hers. Please help. Thank you.
Susan 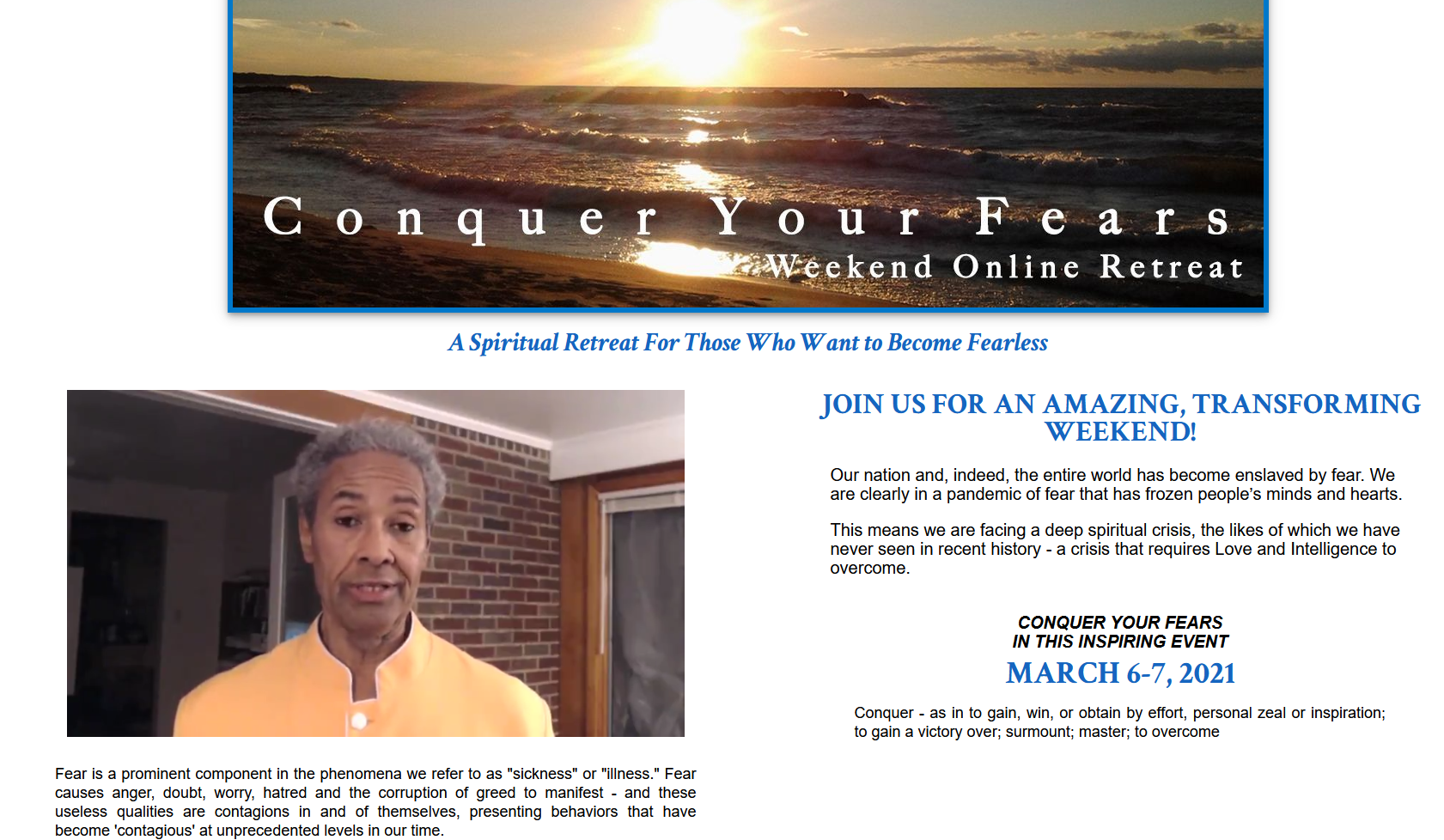