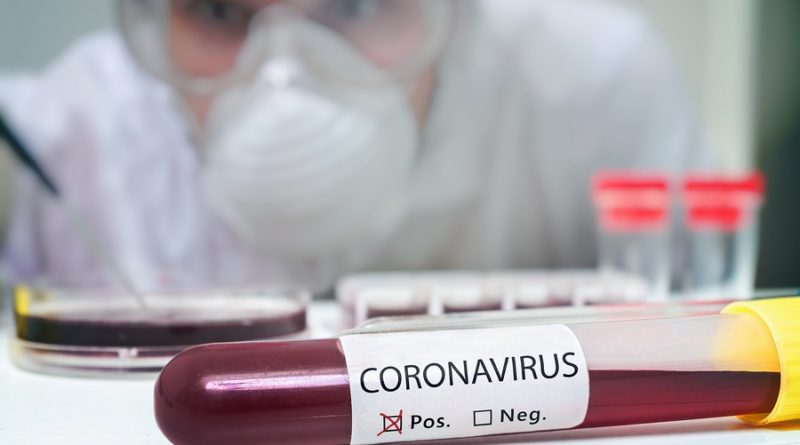 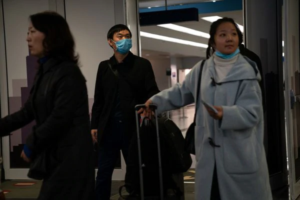 US bars foreigners coming from China for now over virus fear The United States on Friday declared a public health emergency and took drastic steps to significantly restrict entry into the country because of a new virus that hit China and has spread to other nations. President Donald Trump has signed an order that will temporarily bar foreign nationals, other than immediate family of U.S. citizens and permanent residents, who have traveled in China within the last 14 days. The new restrictions, which take effect at 5 p.m. EST on Sunday, were announced by Health and Human Services Secretary Alex Azar, who is coordinating the U.S. response. “It is likely that we will continue to see more cases in the United States in the coming days and weeks, including some limited person-to-person transmissions,” Azar said. “The American public can be assured the full weight of the U.S. government is working to safeguard the health and safety of the American people.” 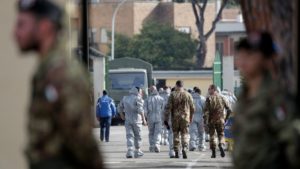 Italians, Poles quarantined after coming back from China Scores of Italians and Poles were under quarantine Monday after being repatriated from the Chinese city of Wuhan, where a fast-spreading virus has emerged. Meanwhile in Croatia, tourists from Taiwan were reportedly wearing “not from China” signs due to discrimination against Asian tourists. European nations have been running flights to bring back citizens living and working in the central Chinese city, while working to contain the virus at home. An Italian military aircraft carrying the Italians landed Monday morning at a military airport near Rome, and from there all 56 people, including six children, were transferred to a military base. They will remain in quarantine there for 14 days. Italian media reported they were all in good health. 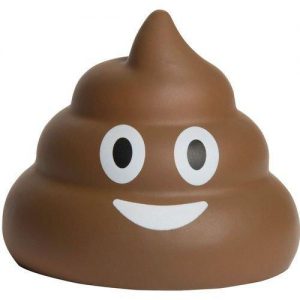 Coronavirus lurking in feces may reveal hidden risk of spread While doctors have focused on respiratory samples from pneumonia cases to identify coronavirus patients, they might have ignored a less apparent and hidden source of the spread: diarrhea. The novel coronavirus was detected in the loose stool of the first US case — a finding that hasn’t featured among case reports from Wuhan, China, the epicenter of the outbreak. However, that doesn’t surprise scientists who have studied coronaviruses, nor doctors familiar with the bug that caused SARS.Diarrhea occurred in about 10-20% of patients afflicted with severe acute respiratory syndrome about 17 years ago and was the source of an explosive SARS outbreak in the Amoy Gardens residential complex in Hong Kong. SARS and Wuhan viruses bind to the same distinctly shaped protein receptors in the body that are expressed in the lungs and intestines, making these organs the primary targets for both viruses, said Fang Li, an associate professor of veterinary and biomedical sciences at the University of Minnesota. 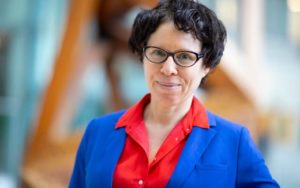 Posting anti-vaccine propaganda on social media could become criminal offence, Law Commissioner says Posting anti-vaccine propaganda on social media could become a criminal offence – even if those promoting it believe the pseudoscience, the UK’s new criminal Law Commissioner has said. In her first interview since taking up the role, Penney Lewis, revealed she is considering whether laws should be amended to “lower the threshold” of criminality for posting false information online that endangers lives.
It comes as the Health Secretary Matt Hancock said in September he was “looking very seriously” at making vaccinations compulsory for state school pupils after the UK lost its official measles-free country status due to a steady fall in MMR immunisation rates.
Currently, people are protected from prosecution if they sincerely believe the misinformation they publish under laws designed more to tackle bomb hoaxes than internet health conspiracies. Speaking to the Sunday Telegraph, Prof. Lewis said current legislation also meant people only faced prosecution for publishing information with the purpose of causing “annoyance, inconvenience or needless anxiety”. However, she cited anti-vaccination posts and people advocating cancer patients treat themselves with the apricot extract laetrile instead of chemotherapy as areas where lives could be endangered.

What are the ACTUAL death numbers from the flu for last year? Ive heard Toni Bark discuss how the CDC inflates their flu death totals by lumping in other illnesses like pneumonia.
Bob

Coronavirus Emergency: Four Fresh Angles It was first reported in December, but it was no holiday gift. A simple pneumonia-like virus was being monitored in China. Unknown origins. Deserving of close watch, but no need for alarm. Less than two full months later, the World Health Organization (WHO) has declared the now-named coronavirus a global health emergency. President Trump’s coronavirus task force declared a public health emergency in the U.S. on Friday, followed shortly thereafter by a similar announcement out of Italy, which declared a six-month state of emergency. Despite the WHO, U.S. and Italian declarations, there will be little intervention within China itself. Global health officials have taken the public stance of trusting China and praising the lockdown on their population. 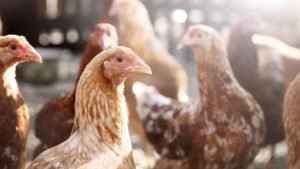 hina sees bird flu outbreak near coronavirus epicenter: report As Chinese officials grapple to contain an outbreak of novel coronavirus that’s sickened more than 17,000 people and killed some 361 others, another disease is causing concern: bird flu. The country has reported an outbreak of H5N1 bird flu in Hunan province, which borders Hubei province, where the epicenter of the coronavirus outbreak is located, the South China Morning Post reported. The outbreak was first reported on a farm that’s home to nearly 8,000 chickens. So far, some 4,500 chickens at the farm have died from bird flu. Others have been culled to prevent the disease from spreading, China’s Ministry of Agriculture and Rural Affairs said in a statement, according to the South China Morning Post. Bird flu is a viral infection that can affect birds and humans alike. Symptoms typically include cough, diarrhea, fever, headache, runny nose, sore throat, muscle aches and more.  However, no human cases of H5N1 have been reported at this time. 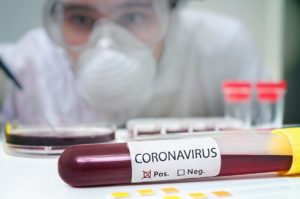 Coronavirus Mysteriously has HIV Glycoprotein Inserts not Present in any other known Coronavirus Folks, this coronavirus epidemic is getting more interesting and possibly scary. In this just published research, investigators found that that “spikes” exist in this strain not present in any other known coronavirus. Furthermore, these inserts are the same as certain glycoproteins in the HIV-1 virus. The authors state this is “unlikely to be fortuitous.” I am NOT a virologist. I am a clinician, and I humbly but honestly believe that I have far better clinical answers for problems like this than most all of conventional medicine combined. I want to follow this trail as it suggests something possibly diabolical could have transpired in China. While our Congress is wasting time, energy, and lots of money in a vain effort by one party to remove the elected president of another party, it seems much better use of such energy could go into understanding what is going on and finding some REAL protection for our people. 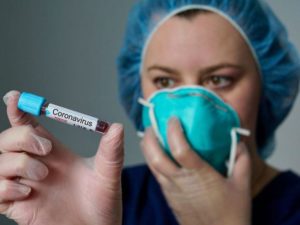 one: Origin story of China epidemic falls apart completely How do experts tell the story of the origin of the China epidemic? The story is always important. The medical professionals need to make it sound credible. If it has major flaws, it’s as if a stage magician screws up a trick in full view of the audience. As he’s sawing a woman in a box in half, everyone sees her sneaking out of the back of the box. Busted. That’s what’s happening in the case of the so-called China epidemic. According to Chinese and international public health agencies, the epidemic started in Wuhan, in a hospital, with a single patient who had pneumonia. The doctors could find no cause. Soon, researchers discovered the never-before-seen coronavirus in the patient. Really? Let’s break this down. The doctors couldn’t find a cause for the patient’s pneumonia. That means they didn’t locate the usual bacteria or viruses said to be responsible for pneumonia. They were puzzled. 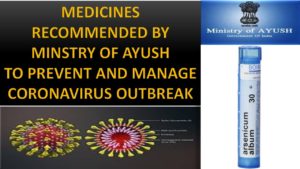 India recommends homeopathy for coronavirus prevention As the spread of coronavirus expands to at least 22 countries, India’s government is advising citizens to practice homeopathy to stave off infection. The number of confirmed cases is nearing 10,000, now surpassing the number recorded during the 2002-2003 deadly SARS outbreak, although the death toll remains lower at 213. “The outbreak of a mysterious new coronavirus is rapidly spreading,” India’s government said in a news release this week. “The whole world is going through the fear of this coronavirus, the Research Councils under the Ministry of AYUSH, Government of India have issued advisory based on the Indian traditional medicine practices Ayurveda, Homeopathy and Unani.” Those practices include maintaining personal hygiene, washing hands with soap and water for at least 20 seconds, drinking Shandang Paniya processed water, avoiding touching the eyes, nose and mouth with unwashed hands, avoiding close contact with people who are sick, staying home when sick, covering coughs and sneezes, cleaning and disinfecting frequently touched surfaces, and using a face mask while traveling.