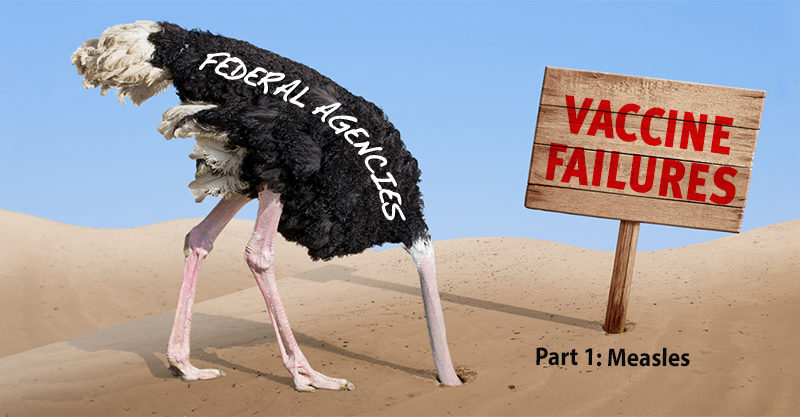 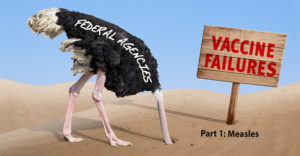 Vaccine Failure: The Glaring Problem Officials Are Ignoring. Part I: Measles Vaccination The coordinated and stepped-up effort to eliminate vaccine exemptions and impose new vaccine mandates was, without a doubt, one of 2019’s top stories, both nationally and internationally. One of the primary weapons in the anti-vaccine-choice arsenal was measles hysteria—whipped up by a biased media willing to use false talking points to demonize the unvaccinated while ignoring or glossing over measles vaccination’s flawed track record. As we brace for more measles hype in 2020, Children’s Health Defense believes it is important to keep calling attention to the real facts about the failures of mass measles vaccination. 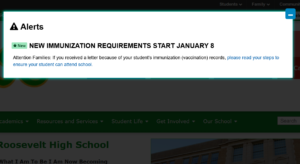 No records? No class. Today is the deadline for Seattle students to submit vaccination records Today is the day: Seattle Public School students without complete vaccination records won’t be allowed in class. Children who show up anyway will be sent to a room supervised by school staff until a parent or guardian is notified and picks them up, district officials said. That will be the case each day until they bring in the proper paperwork. The move follows a new state law that restricted the exemptions families can claim for the combined measles, mumps and rubella vaccine (MMR) to religious and medical reasons. Washington’s school districts set different exclusion dates. Some, like Bellevue, don’t plan to exclude students at all — and there are no consequences from the state for that. By 4 p.m. Tuesday, 799 Seattle students’ names were still on the district’s list of kids missing immunization records. The pool is shrinking as families scurry to submit records and school staff work to cross off names: Just a few weeks ago, the list included more than 2,200 students. Officials say that students with proof of an immunization appointment coming up will be allowed at school.

Hi Robert! I’m curious what your thoughts are on Bio Meridian testing. I’ve recently sought out a naturopath to be proactive. The results of the testing seem to be inconsistent from visit to visit. In your opinion, how accurate are bio Meridian assessments? Thank you! Cathy

On latest show from 1/7 during the flu shot discussion you showed a spray for kids to use daily. Where can I buy that and what was the name of that? If you could give me that information I’d greatly appreciate it! Love the show!!!! Thank you for all you do! ❤️ Amber 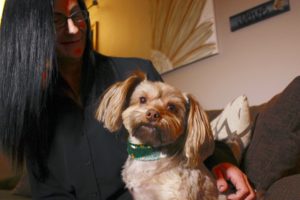 All bark, no bite: Some CBD pet products contain ‘virtually no CBD’ Companies have unleashed hundreds of CBD pet health products accompanied by glowing customer testimonials claiming the cannabis derivative produced calmer, quieter and pain-free dogs and cats. But some of these products are all bark and no bite.“You’d be astounded by the analysis we’ve seen of products on the shelf with virtually no CBD in them,” said Cornell University veterinary researcher Joseph Wakshlag, who studies therapeutic uses for the compound. “Or products with 2 milligrams per milliliter, when an effective concentration would be between 25 and 75 milligrams per milliliter. There are plenty of folks looking to make a dollar rather than produce anything that’s really beneficial.” 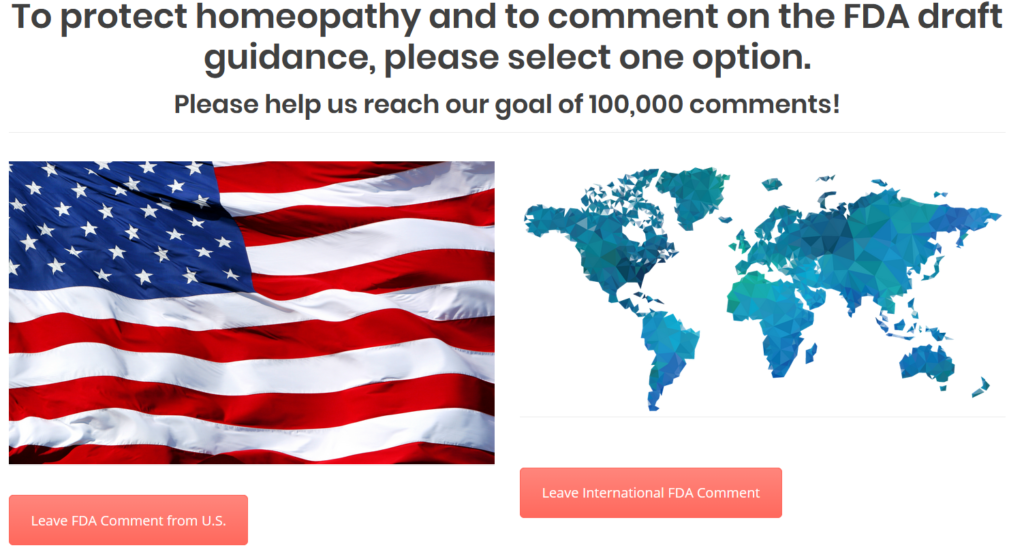 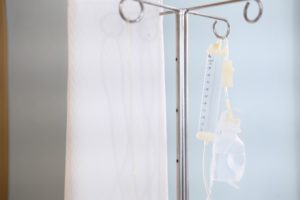 Chemotherapy Truthers Are the New Anti-Vaxxers In 2017, a family member of mine was diagnosed with colon cancer. The sad announcement was sent via email, after which my (enormous) extended family sent a flurry of follow-ups. One detail stuck out: My family member had decided to forego chemotherapy after discovering the website of Chris Wark, a self-described health coach, blogger, and public speaker. According to Wark’s site, in December 2003, when he was 26, he was diagnosed with Stage 3C colon cancer (meaning the cancer had grown into or through the outermost layer of the colon or rectum and may have spread to four or more lymph nodes). Wark had surgery to remove part of his colon, but when an oncologist told him he’d need up to a year of chemotherapy, he refused. Instead, he adopted a raw vegan diet, subsisting on juices, salad, and smoothies for months. Today, he says he has a clean bill of health, which he attributes to his “radical” diet and lifestyle changes. He’s also part of a vocal community of holistic health advocates who decry traditional cancer treatments as ineffective at best and harmful by design at worst. Their enemy number one: chemotherapy. “Chemotherapy,” Wark writes on his site, “is toxic poison.” 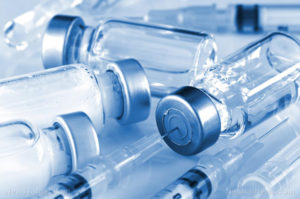 Here’s what you need to know about Lena Sun, the vaccine propagandist who writes for The Washington Post It’s no big secret that the mainstream media is a propaganda oligarchy that feeds the hoodwinked masses a steady diet of fake news aimed at advancing the globalist agenda. And part of this agenda is to make sure that people continue to get vaccinated, which is why The Washington Post hired vaccine propagandist Lena H. Sun as a “national reporter focusing on health.” While you may not have heard of her specifically, you’ve probably seen her work, or at least the consequences of her work, on social media or in conversations with friends or family members. Sun wrote that ugly hit piece against Dr. Joseph Mercola that the Post published just a few days before Christmas, as well as a series of fear-mongering pieces about an alleged measles outbreak in Samoa. 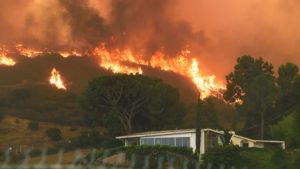 Climate change narrative collapses as investigators determine up to 85% of Australia’s fires were started by people These days, whenever there is a massive wildfire anywhere on the planet, Left-wing lunatics crawl out of the woodwork to claim that the ‘cause’ of such fires is due to “global warming” and “climate change” brought about by human activities. Cattle farts, SUVs, and modern power plants are doing to the planet what meteors, massive volcanoes, and the Ice Age couldn’t do, we are told: Destroy Earth and kill billions of people. The latest example comes from none other than Australia, where a series of wildfires has ravaged millions of acres. Only, the fires were not caused by modern technology; they were caused by modern humans. 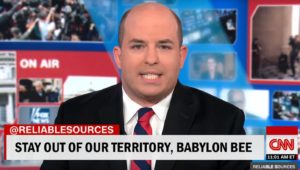 CNN Attacks Babylon Bee: ‘The Internet Is Only Big Enough For One Fake News Site’ CNN has slammed the world’s best satire site, The Babylon Bee, after CNN executives realized that “fake news” articles on the website were getting at least as much social media traction as their own. “There ain’t room in this internet for the both of us,” growled one CNN anchor on the air Monday evening. “There simply aren’t enough people out there for us to fool with our fake news stories and The Babylon Bee to fool with their satire. There isn’t enough clickbait and outrage traffic to go around.” Reporters at the media outlet also pointed out that their news was “much faker” than The Babylon Bee’s. 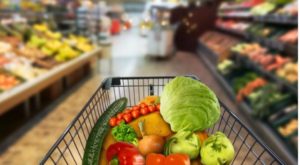 The Secret to Detox Success and Long Life: Cut the Sugar! When you hear people say, “sugar is evil,” you may think they are exaggerating. I used to think this way too. I mean, human beings have been eating sweet things forever, right? Even before commercial sugar production came along, weren’t there foods that tickled our taste-buds, like honey and fruit? It is true that people have always had a propensity for the sweet stuff. But before the advent of the commercial sugar industry, folks ate a whole lot less of it. Personally, I have been on a journey with sugar. It’s a love hate relationship. I love how it tastes, but I hate how it makes me feel. The first time in my life that I ditched all sugar was when Ty and I lived in New Zealand. I was experiencing pain and numbness in my leg, which led to difficulty walking. After Ty and I did a little research, we realized that sugar was sabotaging my health, and so I ditched all processed sugar. Within a day or two, the pain was gone and I felt like my old self again.