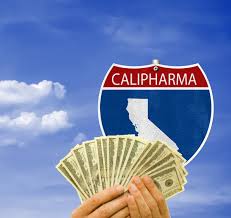 Welcome to Calipharma: Where Your Children are For Profit and Parental Freedoms are Nonexistent How a bill becomes a law: apparently, by enough good people who know better–doing nothing, saying nothing. Yesterday, both SB276 and its trailer bill, SB714 passed through the California Assembly and Senate and were signed into law by Governor Gavin Newsom, catapulting the next civil rights movement into full swing, and setting the stage for a sweeping wave of medical tyranny and government overreach. Medical freedom fighters came out in droves to decry the draconian bill SB276, peacefully occupying the assembly and the senate, until threatened with arrest and ordered to disperse from the latter. Despite mainstream media portrayal, SB276 opponents are by and large not anti-vaxxers, but rather, ex-vaxxers and vaccine-hesitant mothers (and a few courageous fathers) with documented adverse reactions in themselves or their children that by the testimony of their own doctors has rendered them ineligible for further vaccinations. 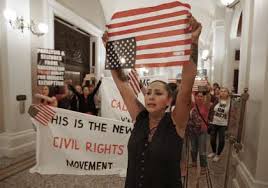 California health official quits after blasting vaccine foes as ‘flat-earthers’ California’s health care services director announced her resignation Tuesday, a move that came after she mocked opponents of mandatory childhood vaccinations as “flat-earthers” on social media. Jennifer Kent is director of the state Department of Health Care Services, which oversees the state’s massive Medi-Cal system. No explanation for her departure was immediately released. Kent announced her resignation in a lengthy message to agency employees, and it was unclear whether her exit had been previously planned. But she quit after she posted on Facebook, “The Capitol is filled with a bunch of flat-earthers today. My poor sweet Bacteria Bear is dripping with unvaccinated booger-eater germs. #believeinscience #vaccinateyourgoddamnkids.” The “Bacteria Bear” refers to the bronze grizzly bear statue outside Gov. Gavin Newsom’s office, where protesters opposed to mandatory childhood vaccinations have led demonstrations against legislation giving the state greater authority to review medical exemptions from childhood vaccinations. 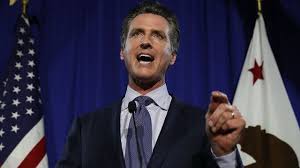 California bans schools from suspending students solely for disruptive behavior California Gov. Gavin Newsom (D) has signed off on legislation banning schools in the state from suspending students for disruptive behavior. Senate Bill 419, signed into law by Newsom on Monday, will amend the California Education Code to prohibit public and charter schools in the state from suspending students in grades 4-8 for “disrupting school activities or otherwise willfully defying the valid authority of those school personnel engaged in the performance of their duties.” Existing law already prohibited schools from suspending or recommending expulsion for students enrolled in kindergarten or in grades 1-3 for such actions. The legislation is slated to take effect at the start of July 2020 and will prohibit the suspension of students in grades 6-8 , specifically, for such acts until July 1, 2025.

Greetings RSB and family, my current question: Lithium orotate for bipolar type symptoms, depression, anxiety, manic ups/downs etc. What is your opinion? In addition to the selenium, chromium, silica, omega 3, B complex, D3 – any other suggestions for someone exhibiting above symptoms? Also, I’m fairly sure you will tell me good organic diet, no sugar etc, exercise as tolerated. Person has chronic pain therefore physical limitations. You are a God send and, as always, lots of love to all. Lori

I just watched your show in FB with Rita Palma and I heard you end the show saying that there would be a Homeopathic supplement giveaway, but I didn’t catch how we can sign up for a chance for that giveaway. I signed up for your updates on this website. Is that what I needed to do OR is there something else I need to do? 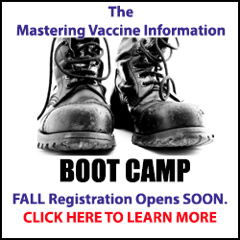 In Case you missed it, the 8-week course includes:

What bonuses come with the course?

After enrollment, you will receive the following valuable bonuses, materials that you will refer back to for years to come:

Bonus #1: eBook by Dr. Tenpenny – “Sowing Seeds of Vaccine Information” – One of the themes discussed throughout the entire Boot Camp is the concept of sowing seeds. This eBook will be referred to over and over during your training and beyond.

Bonus #2: In addition to the eBook, we have created a beautiful powerpoint slide you can keep on your phone or your laptop to share the concept of “Sowing Seeds” with others

Bonus #4: After the Boot Camp course has concluded, you will have an opportunity to have an hour with Dr. Sherri Tenpenny in Reddit-style “Ask Me Anything” – you can ask personal questions or ask about alternative medicine or any questions you have about vaccines.

Bonus #5: Considering the current push toward mandatory vaccination, we are putting together a Bonus Mini-Course called “Counterpoints to the Anti-Vaccine WHO Playbook” – This mini-course will be a FULL presentation PLUS one-hour LIVE Zoom class and discussion. The dates will be scheduled after the conclusion of the course by polling all students to determine the most convenient week to schedule this Bonus Mini-Course. This course will later be available on VaccineU.com for $125 – but this is a FREE BONUS when you enroll in the Spring Boot Camp Course.

Bonus #6: All students will receive a GIFT COUPON for a module of their choice inside of VaccineU at $39 value!

So, there you have it – full detail about the course, full explanation about the bonuses.

Are you ready to enroll? You’ll have to wait until September 26…but you can be added to our Early Notification List for special opportunities. Be sure to take all our quizzes for an opportunity to WIN a free enrollment – valued at $595! Go here to join our early list. 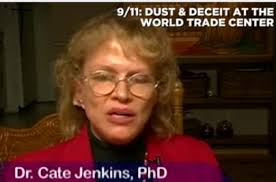 9/11 Whistleblower Cate Jenkins, a Scientist with the EPA, Was Persecuted When She Exposed the Agency’s Lies about Toxic Dust Dr. Cate Jenkins joined the EPA as an Environmental Scientist in December 1979. Beginning shortly after 9/11, and continuing for years afterward, Dr. Jenkins attempted to bring the EPA’s faulty and fraudulent air quality testing practices to the attention of anyone who would listen. For her efforts, she endured a years-long legal battle with her own agency. This is her story. Of the many scenes from September 11, 2001, that have been etched into the public consciousness, few are as iconic as the images of the survivors and first responders escaping Ground Zero completely covered in dust from the destruction of the Twin Towers. And of the many, many lies told by government officials in the days following the attacks, few have been as blatant or as clearly documented as the lies about the safety of that dust propounded by the EPA and its administrator at the time, Chrstine Todd Whitman. 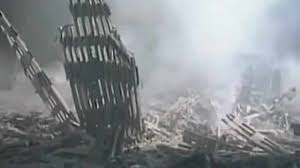 9/11 Whistleblower Fired from Underwriters Laboratories (UL) for Revealing Serious Errors in the Government’s Final Report In the early 2000s, Kevin Ryan was the site manager at Environmental Health Laboratories. On November 11, 2004, he wrote directly to Frank Gayle, the director of NIST’s Twin Towers investigation. The following week, he was fired. This is his story. “But someone would have talked,” say the self-styled skeptics who believe the government’s official conspiracy theory of 9/11. “After all, every major conspiracy has its whistleblowers, doesn’t it?” But there’s a problem with this logically fallacious non-argument. “Someone” did talk. In fact, numerous people have come out to blow the whistle on the events of September 11, 2001, and the cover-up that surrounds those events. 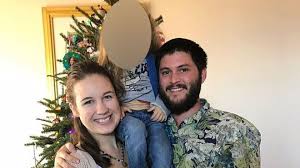 US couple lose child custody over chemo refusal A cancer-stricken four-year-old boy in Florida has been ordered to live with his grandmother after his parents prevented him from having chemotherapy. The custody ruling on Monday against parents Taylor Bland and Joshua McAdams came after their bid for alternative treatment garnered national attention. The boy was taken from his parents in April after they skipped chemotherapy and left the state. The parents are “obviously devastated,” their lawyer told US media. Brooke Elvington also said the boy was “going through an absolutely traumatic medical experience and he is doing so without his parents”. After the boy, who the BBC is not naming, was diagnosed with acute lymphoblastic leukaemia in April his parents opted to treat him using cannabis, oxygen therapy, herbs and alkaline water. Medical cannabis is legal in Florida. 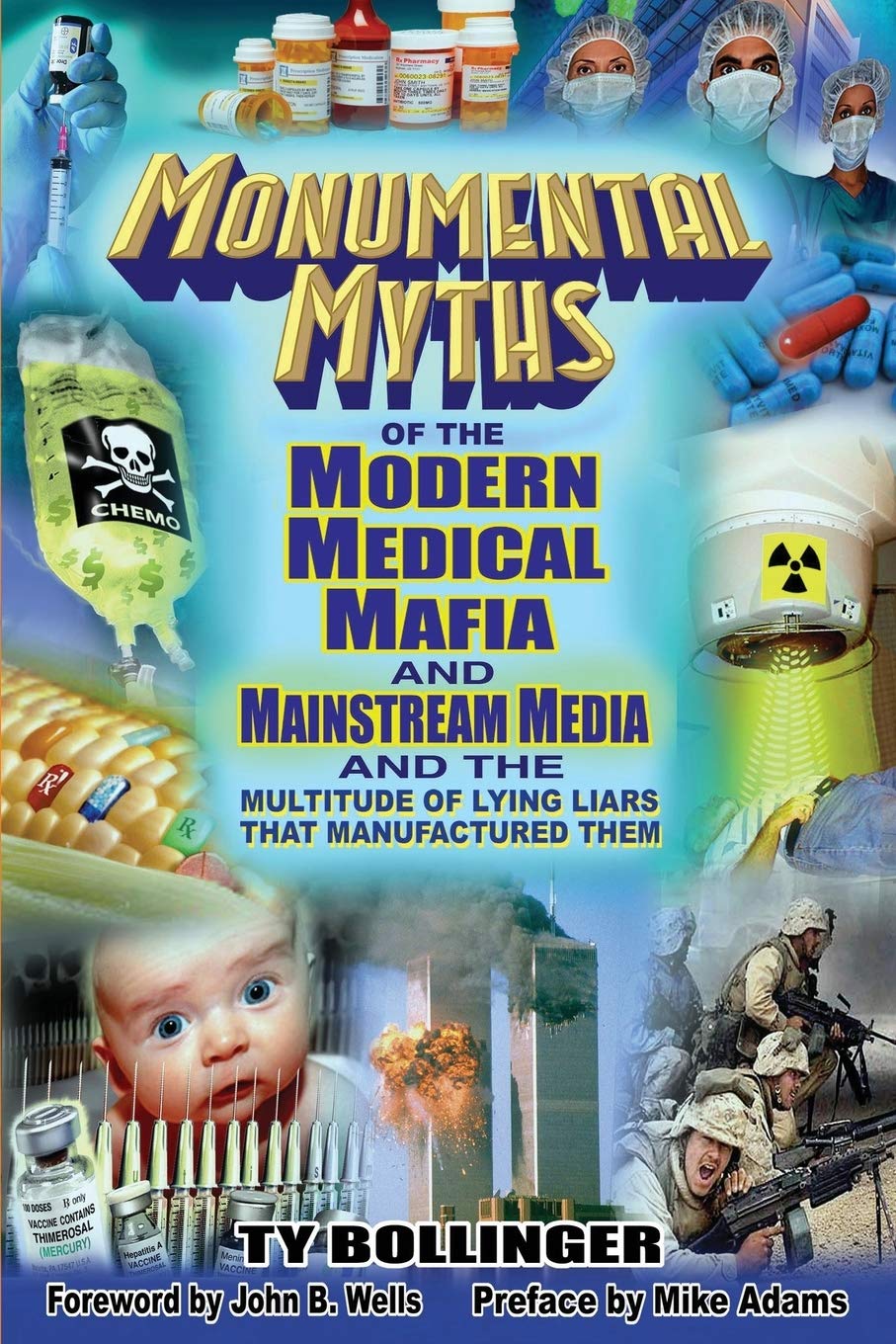