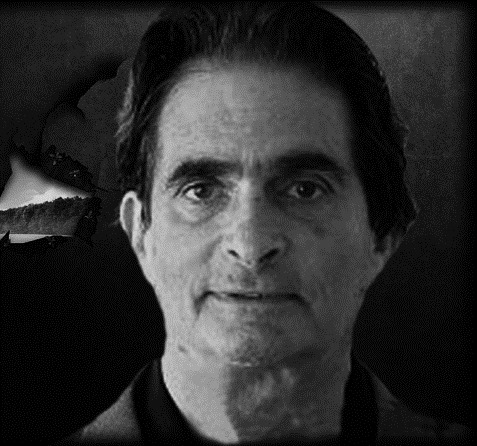 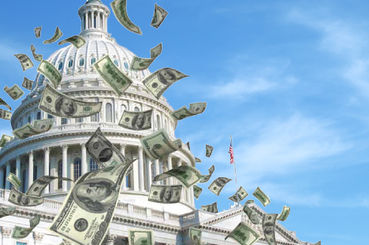 “I met with one nutritional-supplement-company president, a self-involved oaf who bragged about his expensive tastes, his vacations, his large house. His main advice (he didn’t back my campaign with a donation) was to see his tailor and have him make me a high-priced suit.”

Ultimately, I believed vote fraud occurred in my 1994 run for a seat in the US Congress, from the 29th District in Los Angeles. I’ve written and spoken about that elsewhere.

This article is about something else.

The Health Freedom movement spawned more letters to Congress than any issue in the history of America. Several nutritional companies were backing the movement with money.

Eventually, during my campaign, I saw what was happening. Although millions of Americans wanted all those rights I just listed, and were becoming more aware of the extreme dangers of the medical/pharmaceutical cartel, the inside backers of the Health Freedom movement and their core “agents” wanted something very specific.

They wanted to pass the federal Hatch Bill, which would, they said, offer protection to the American public—people would continue to have access to the full range of nutritional supplements, and the FDA attacks would stop.

The Hatch Bill eventually passed and became federal law. But as a few smart attorneys knew and warned, the Bill had loopholes, and the FDA would still be able to throw up roadblocks against supplement companies.

My efforts, as a candidate, were much wider. I wanted a full-scale exposure of the crimes of the FDA. I pushed this issue. Hard.

The nutritional supplement industry backed away from my campaign (with one notable exception). They thought I was going too far. They wanted that Hatch Bill passed, and then they wanted to go home and continue business as usual.

I met with one supplement-company president, a self-involved oaf who bragged about his expensive tastes, his vacations, his large house. His main advice (he didn’t back my campaign with a donation) was to see his tailor and have him make me a high-priced suit.

At a high-level meeting of Health Freedom advocates, a silky smooth character I’d never heard of rambled on in New Age lingo about the “consciousness” of our cause. He emphasized how we all needed to have “cosmic tolerance” of the opposition. This wasn’t a hippie. He was a pro. His obvious job was to soften our actions and, of course, focus on getting the Hatch Bill passed.

My purpose was to ignite a popular movement in America that would take the FDA and pharmaceutical players to the wall. This was no pipe dream because, as I mentioned above, Americans were writing millions of letters to Congress. There was a chance of launching this movement out into new territory and putting enormous pressure on media and government, over an extended period of time.

But the nutritional supplement industry, and its leaders, wanted no part of this. They had their lobbyists and friends in Congress, and they wanted a typical inside push to pass a Bill. That’s all.

Near the end of my campaign, I saw that what I really was doing (without the necessary backup) was mounting a public relations force for the truth. A few of us were working in this direction. At the time, we didn’t fathom all the tools and support we needed. We were learning on the job.

We were staging a Broadway play without backers in a theater we couldn’t afford.

In the aftermath, there was a grand opportunity for depression. I had zero interest in that. For me, depression has always been too depressing.

I had learned a great deal about bait-and-switch, and about how agents infiltrate an operation (the overall Health Freedom movement).

It was my first experience in seeing, up close and personal, New Age thinking deployed to deplete energy, erase moral outrage, and promote endless conversation as a way to postpone action. In its more extreme version, New Age thinking has the goal of making people feel guilty about their own anger. It’s quite a fabrication. It’s mind control.

Because, of course, anger based on truth is a virtue. A high virtue. It takes a tower of bullshit to dampen it down. Learning to use anger is a skill. I could write several volumes on the subject.

During my campaign, I had a conversation with a little New Age messenger. I told him he was fronting for a new version of The Fall. He was, in effect, proposing that the Original Sin is Moral Outrage. I talked to him until he started to sweat. He walked away. He’s probably working as a minor bureaucrat in a government agency these days.

As I wrote the other day, there is a huge hole within groups who are seeking to spread actual truth the media refuse to cover. These groups have zero knowledge of public relations and how they can use it.

When you launch a broad campaign over time, the first thing you need to realize is: there is no precise algorithm that tells you when you’ve reached a critical mass of awakened minds. You won’t know that until you see it happening. But when it does happen, all sorts of interesting and even spectacular effects occur.

This isn’t cosmic magic. This isn’t the cosmic hundredth monkey. This is pure WAKE UP. This is large numbers of people wondering what the hell they were dreaming about before. All sorts of outbreaks of WAKE UP can happen simultaneously.

The blanket of fake reality starts to tear and fall apart.

This is real public relations, not the fake brand aimed at promulgating lies.

It’s a necessary prow of the ship. On board, the group has its lawyers and lobbyists and organizers—and all of a sudden the actions of those people begin to yield new results.

As an example, I would say the worldwide movement to expose the truth about vaccines and enact new protections and ensure the right to refuse is a fraction of the way there. “There” means: enough people who WAKE UP. Maybe the movement is 5% there right now.

You could say it’s losing or winning, but those estimates are far less important than the fact that the WAKE UP is expanding.

Without virtuous moral outrage, it will sink back and become diffused and vague.

Movements that succeed don’t have sickly glazed grins on their faces, and they don’t signal placid “universal tolerance” that “embraces the opposition.” That’s pure jive.

This is one lesson I learned during my campaign.

There were many others. Other stories for another time…

—I can’t resist mentioning one final irony. Out there in the world, there are some alternative health practitioners who are proponents of Health Freedom…and at the same time, they counsel their patients that “all anger is destructive to health.” These patients must “rise above their anger.” This advice couldn’t be more wrong or naïve. No, as I said, the whole idea is to learn how to use virtuous anger to achieve the WAKE UP in self and others. THAT’S HOW YOU RISE ABOVE ANGER. YOU DON’T RISE ABOVE IT BY SLAMMING THE DOOR ON IT AND OPTING FOR MAGNANIMOUS TOLERANCE FOR ALL POINTS OF VIEW. SLAMMING THAT DOOR CAN MAKE PEOPLE SICK.

Moral outrage is real. Yes, there are fools and criminals who put on the cloak of moral outrage to rationalize their immoral actions, but I’m not talking about that.

I’m talking about people who try and try to make themselves immune to moral outrage, thinking it’s going to earn them a gold star on the universe’s blackboard.

That self-administered vaccine is putting them to sleep.